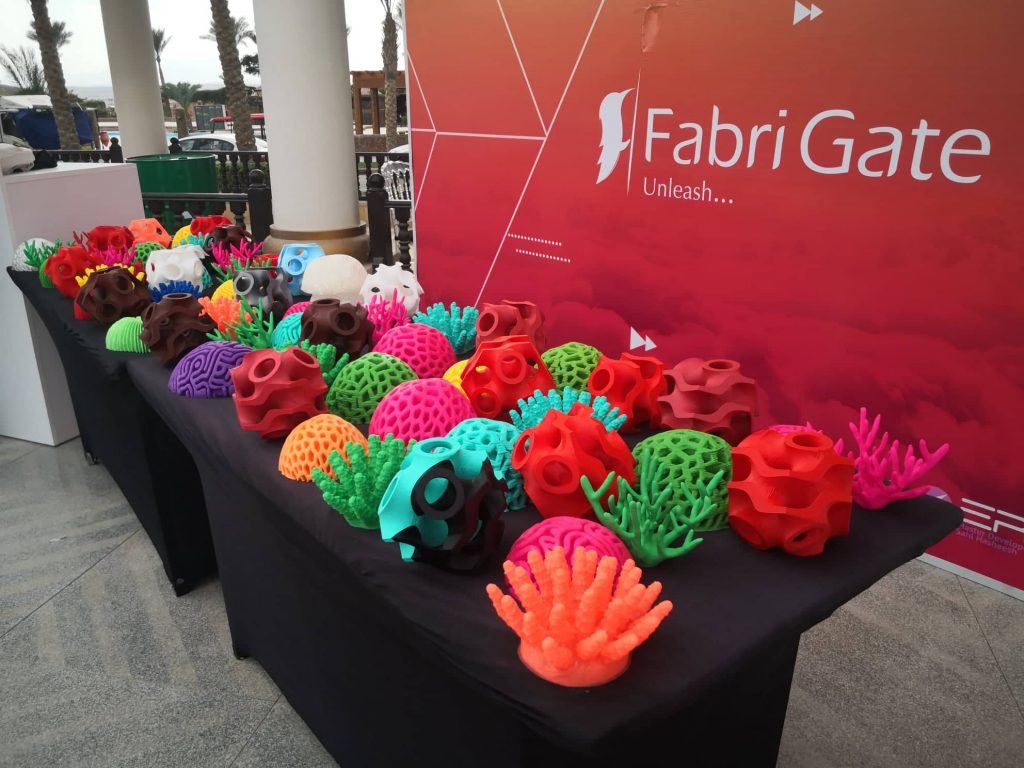 According to the International Union for Conservation of Nature (ICUN), coral reefs house the world’s most biodiverse ecosystem and directly support more than 500 million people, the majority of whom are in developing countries.

Naturally formed out of thin layers of calcium carbonate (limestone), coral reefs have sustained great damage over the past decades due to the effects of climate change—such as warming waters, ocean acidification, and deoxygenation, including Australia’s Great Barrier Reef, the largest living thing on Earth, which has lost half of its colorful ecosystem and the life it once sustained to heat stress.

And since they are crucial to life on Earth, the destruction of coral reefs wouldn’t only wreak havoc on marine life and the ecosystems that depend on it, it would also threaten the world’s food security and ecological balance.

In Egypt’s magnificent Red Sea, one of the most climate resilient ecosystems, according to scientists, few instances of coral bleaching (mass mortality) were observed, but the country’s rebounding tourism industry threatens to put additional pressure on marine life.

“Coral reefs sustain 25 percent of the world’s marine life, [but] due to climate change a deadly underwater heatwave is perishing calcium carbonate structures and the countless species they sustain. Since the 80s, approximately half of the Earth’s coral reefs have died,” says Mohammad Bashier, auto engineer-turned-entrepreneur and CEO of Egyptian digital fabrication startup Fabrigate.

The startup, founded less than two years ago, supplies the market with digitally fabricated products, primarily in the medical field, and has worked with universities and factories to promote additive manufacturing and digital fabrication technology.

“Factories in Egypt aren’t aware of the uses of 3D printing, or can’t see why they would need them, so we work with them to spread awareness, through support and advising sessions,” Bashier says. “We have partnerships with education institutions because in five or ten years, these machines will be a staple in every factory, so students have to be aware of them so when they graduate and enter the job market, they can easily work with this technology.”

As part of an initiative led by the Vested Summit, the world’s first conscious tech summit, and in collaboration with the Ministry of Environment and the Egyptian Environmental Affairs Agency (EEAA), the startup is working to preserve the country’s spectacular marine life using the cutting-edge technology to 3D print coral reefs. The method, which was recently applied in India and Israel and elsewhere with great success, is currently being studied for its potential to help restore marine life.

“Coral reefs are exactly like plants, they grow out of seeds that propagate via water, they go some place and start to grow, so they need to land on a structure. Mainly, the rocks underwater, which are very rich in calcium. This becomes their nutrition source, like fertilizers,” he explains. “[Concrete] and steel are often used for that—because steel doesn’t rust so it doesn’t pollute the water, and [concrete] has a long [service] life underwater. [Concrete] is better than steel under water because cement already contains calcium, so it makes the corals’ growth faster, but steel doesn’t have calcium.”

Bashier, a passionate proponent of the technology, believes digital fabrication of coral reefs is more effective at growing them than current coral propagation methods. The solution, according to Bashier, is simple: 3D printing corals out of PLA plastic, which is biodegradable and biocompatible with marine environment. “With 3D printing, you can do complex geometry without any hassle. We had two approaches with the printing: the first is to print models that are identical to real corals and the other one is that we made an artificial design, one that doesn’t really exist in nature, using gyroid infills—it is a mathematical equation that [renders] a design,” Bashier explains.

Using gyroid infill allows Fabrigate to 3D print coral reefs with little resources, according to Bashier. “It can fill up a big space with minimum materials, another advantage is that [the resulting design] has many voids, so fish can easily use it for shelter,” he explains.

The startup will pilot the project soon, gearing up to install the reef structures and concrete blocks with the 3D printed corals in Sahl Hasheesh’s Sunken City. To further develop the project, Fabrigate is also experimenting with different colors and shapes, mainly the organic-looking replicas and the gyroid infill models, in order to better understand the behavior of different marine species.

“The Ministry of Environment [and the EEAA] provided us with so much information. And they have a big role in this, post-installation, to monitor the project within a certain timeframe, to gauge its progress: the growth rate of the corals, the response of the fish to each design, etc.” Bashier remarks. “We used different colors, because it is very important for the fish—the color of their habitat, it can be attracted to a certain color and repelled by another.”

“The scientific term for [digital fabrication] is additive manufacturing, which is the opposite of subtractive manufacturing, where you take a block of material and subtract from it til you get the product you want, so it is a lot of excess, it is all wasted and you can’t use any of it,” Bashier explains. “With 3D printing, we add materials on top of each other, so I only use the amount needed for the product and I don’t waste anything. It is a great impact.”

Egypt's Refugees Are Engaging in the Entrepreneurship Scene, and They're Succeeding
'We Are Not Refugees, We Are Guests': How Two Syrian Women Are Integrating Communities Together in Egypt

‘We Are Not Refugees, We Are Guests’: How Two Syrian Women Are Integrating Communities Together in Egypt
Egypt’s Refugees Are Engaging in the Entrepreneurship Scene, and They’re Succeeding