The third edition of the World Youth Forum was inaugurated on Saturday 14 December at Egypt’s Red Sea resort town of Sharm El-Sheikh.

The 2019 edition of the World Youth Forum is larger than ever, hosting 7,000 Egyptian and foreign youth, as well as a number of other experts, journalists, public figures and officials from around the globe.

The opening ceremony, which was inaugurated by Egyptian President Abdel Fattah Al-Sisi, saw speeches from a number of influential individuals. 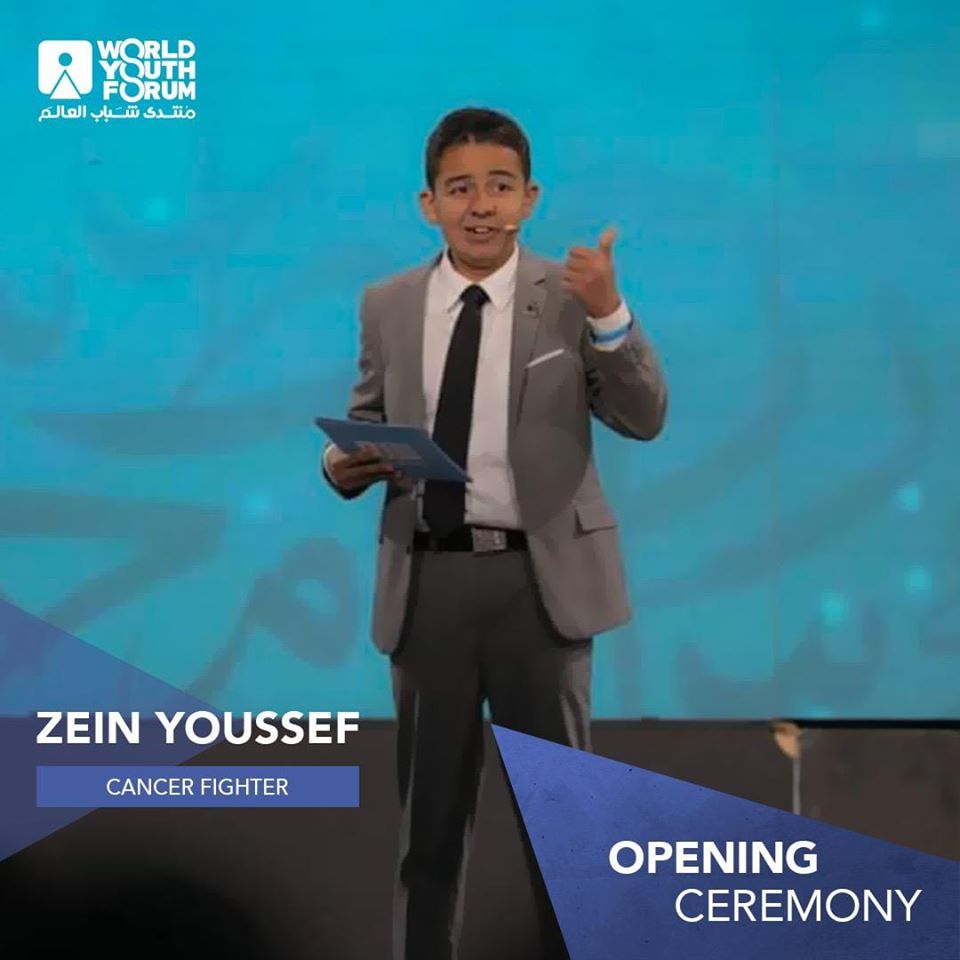 The ceremony started with a speech from Li Yong, Director General of the United Nationa Industrial Development Organization, who spoke about the importance of youth participation.

“From our experience, we know that, when young people participate and are included, economic and industrial development processes are much more likely to be sustainable,” said Li Yong.

From there, a number of young speakers took to the stage. This included 12-year-old Egyptian Zein Yosusef, who shared his inspirational story of fighting cancer.

“I embraced a motto in my life that I repeat daily in everything that I do, called NEGU,” said Zein Youssef confidently to the thousands of audience members as his mother watches from the audience.

Zein Yosusef was first diagnosed with high risk stage four neuroblastoma in February 2013 when he was just five-years-old and has defeated cancer four times.

“In order to break free from those limitations that we put on ourselves or that others put on us, we have to channel our drive with persistence and fearlessness,” said Cox to the 7,000 audience members.

Cox is also the first armless black-belt in the American Taekwondo Association and was born without arms due to a birth defect.

Halima Aden, a Muslim American model and activist also took to the stage where she spoke about diversity and the power of engaging with one another.

“As young people, we have the power to change the world. I’ve found that our generation knows the importance in learning to understand alternative views and backgrounds and to engage across the divisions imposed by societal narratives,” said 22-year-old Aden, who is a fashion model was also the first woman to wear the hijab in the Miss Minnesota USA pageant.

“Don’t change yourself. Change the game,” urged Aden during her speech.

What is the World Youth Forum

Held between 14 and 17 December, the 2019 World Youth Forum will cover a number of topics ranging from food security, environmental challenges, artificial intelligence and block chain technology, to women empowerment, arts and cinema and more. 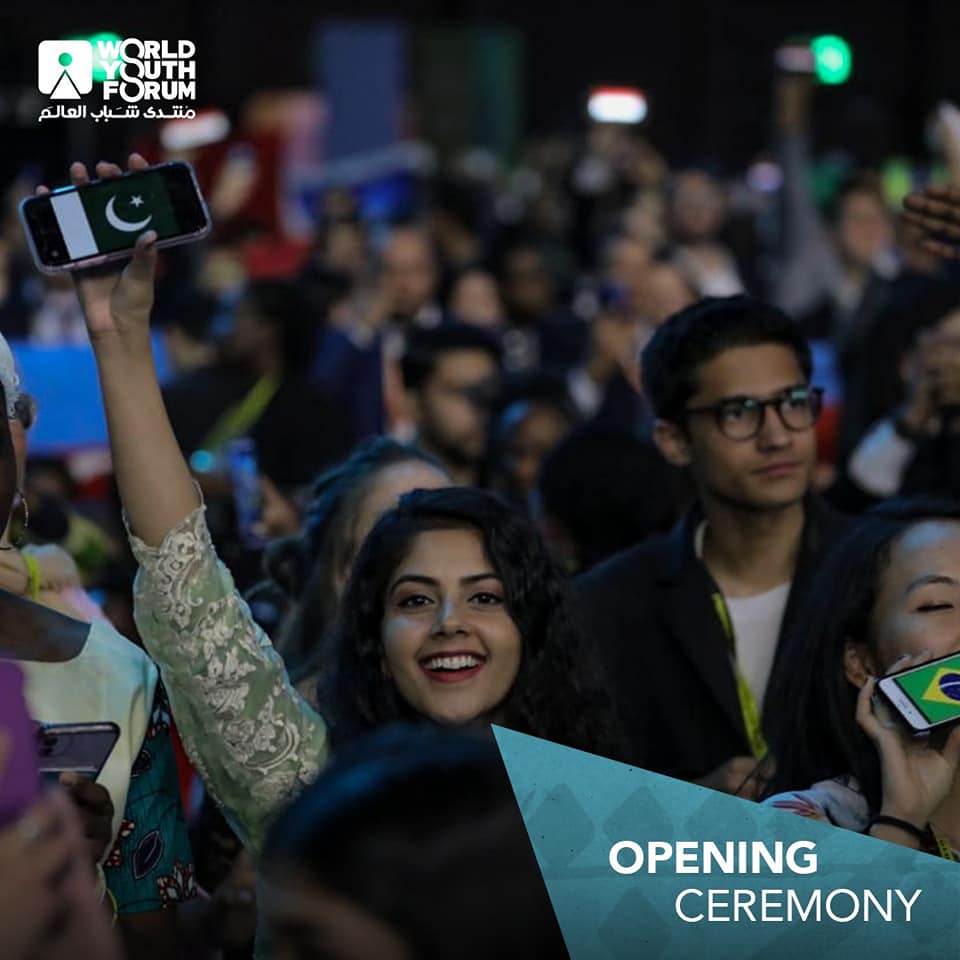 The World Youth Forum’s aims are to ‘engage youth from around the globe in an enriching set-up, allowing them to exchange views and recommend initiatives to decision-makers and influential figures’ as per its official website. This is often through various sessions ranging from workshops, panels, round table discussions and activities.

Missed the opening ceremony? Watch it below or by clicking here.