The National Council for Women (NCW) in Egypt filed a complaint to American technology company Google, in which it demanded to stop promoting and broadcasting the song “Salmonella” by artist Tamim Younis on social media, as it carried messages that insults women and incites attacks against them, according to the council.

The song, which was released in early January, generated millions of views and sparked huge controversy on social media.

NCW said in a statement that the song “calls for bullying and incites violence against women, in addition to including words that are deemed immoral which falls under the crime of insulting and slandering through communication sites, in accordance with the Penal Code No. 175 of 2018.”

The council added that despite the fact that the singer announced on social media that the song is ‘mere sarcasm’ and mocks men’s reaction when facing rejection, it is considered as complete disregard to the social context and the national efforts to combat violence against women and girls.

It further stressed the seriousness of such media content on Egyptian society, which has recently suffered from challenges related to confronting violence against women in its many forms, including the recent Mansoura harassment incident.

In the song, Youness insults women who reject men’s advances in Egyptian dialect, sparking many to call him out. He responded in a Facebook video saying that it was merely a “joke.”

However, other social media posts showed users using lyrics of the song in connection with the recent harassment incident, labeling it as a reaction when the woman says “no”.

Doua Fatfat, who was the singer’s assistant producer, accused him of sexual harassment in a Facebook post that went viral, saying that he touched her without her consent, and made fun of other situations where he touched women and they did not react. 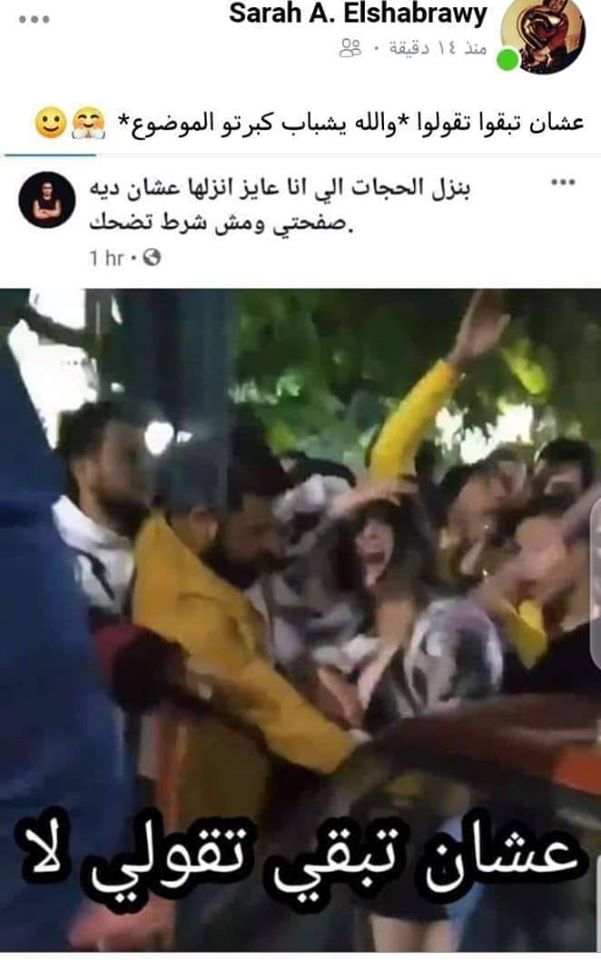 In 2014, Law No. 50 of 2014 introduced amendments to include crimes of sexual harassment. Article 306 of Egypt’s penal code declares that those found guilty of verbal sexual harassment in a private or public place will be sentenced to a minimum of six months in prison and fined no less than EGP 3,000.