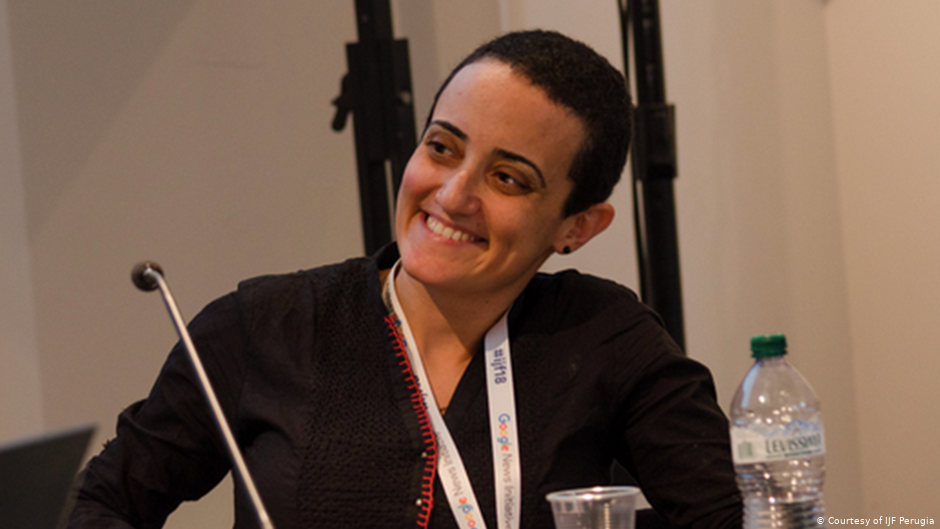 Update: Attalah was released on bail by the Maadi Prosecution shortly following her arrest. She posted bail to the tune of EGP 2,000.

Mada Masr editor-in-chief Lina Attalah was arrested earlier today outside the Tora Prison complex in Cairo, local media reports. The award-winning Egyptian journalist was reportedly conducting an interview with Laila Soueif whom sources claim had been attempting to deliver medical supplies to her son, jailed activist Alaa Abdel Fattah who has been on hunger strike for 35 days.

The arrest was made at around 12 PM, according to Mada Masr. Security forces have reportedly confiscated Attalah’s phone and denied her legal counsel. Authorities also refused to disclose the reason behind her arrest to the publication’s lawyer.

Attalah has been transferred to the Maadi police station. It was initially reported that she would remain in police custody then referred to prosecution on Monday for questioning, however shortly after, the reporter was released on bail, according to Mada Masr.

This comes amid what activists are calling an unprecedented crackdown on press freedom and freedom of expression in Egypt. In 2017, Mada Masr was among 60 websites that were blocked for allegedly “supporting terrorism and extremism and spreading fake news.”

Last November, police raided the Mada Masr office, confiscated the staff’s phones and laptops and briefly detained Attalah and a number of the publication’s journalists, including Shady Zalat. The arrests were believed to be in connection to an investigative report by Zalat about President Sisi’s son.

'We Are Entering A Battle, And We Need A Shield to Protect Us': One Doctor's Reflection Story
Egypt's Partial Curfew Starts from 5 PM During Eid: PM

Egypt’s Partial Curfew Starts from 5 PM During Eid: PM
‘We Are Entering A Battle, And We Need A Shield to Protect Us’: One Doctor’s Reflection Story