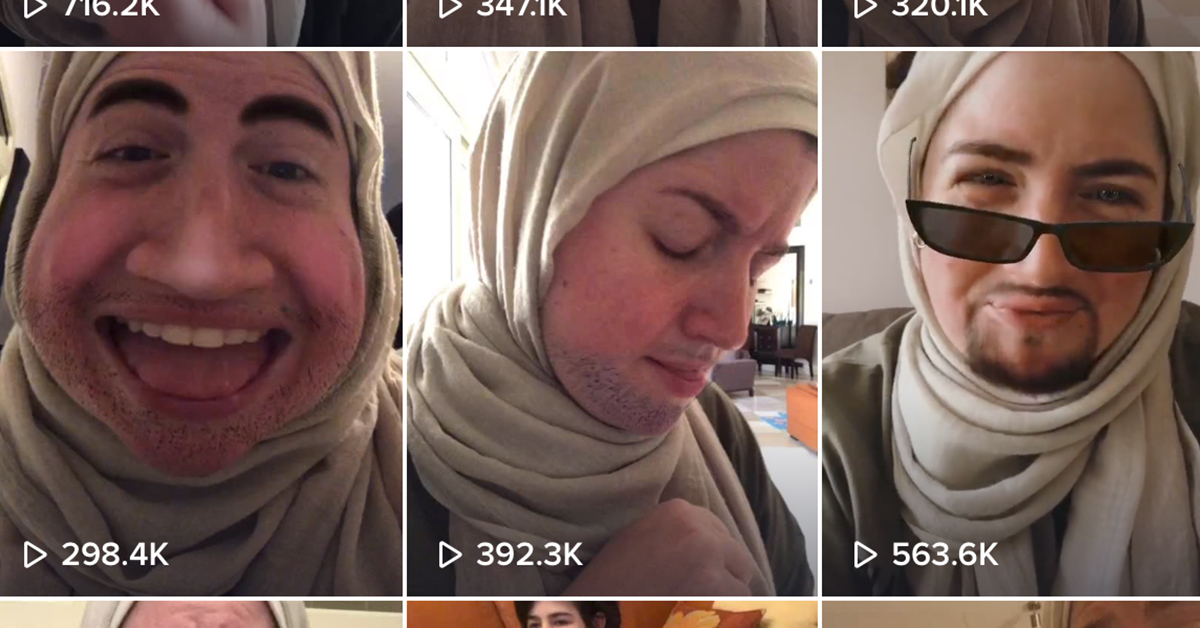 TikTok has come to mean so much more than the mere sound of a clock. In this day and age, especially during these quarantine times, TikTok is the ultimate social media entertainment platform. The everyday person’s go-to application for a light break or expressive experimentation, TikTok has quickly become one of the world’s most beloved entertainment platform.

While the application has been available in the market since 2016 (2018 globally), TikTok especially gained popularity ever since the COVID-19 (coronavirus) outbreak forced the world into quarantine and self-isolation. Going from being ‘just another millennial’s app’, TikTok is now bursting with a diverse range of humans, of all ages and backgrounds, showcasing their talents and interests.

In Egypt, the population’s famed lightness of spirit shines through the app, from dance routines and singalongs to wonderfully acted out film and television scenes. While more and more people have slowly geared towards the app ever since the pandemic’s outbreak in order to find solace in some light-hearted entertainment, some people in particular suddenly rose to unexpected fame.

35-year-old Rima Rahwanji started experimenting with TikTok in February, not knowing the magnitude of the effect this platform would have on her life later on. 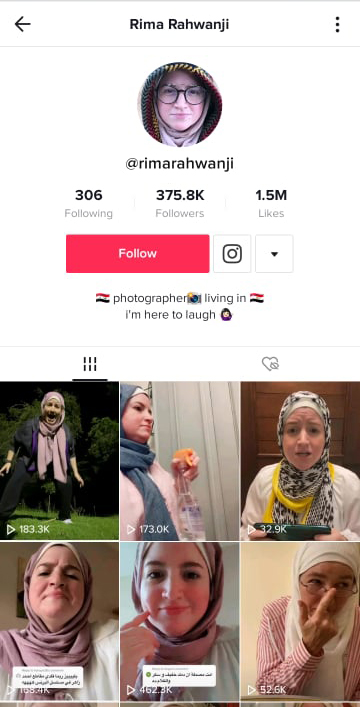 “I was just trying it out, I didn’t really understand it at first… I didn’t even like it very much at first,” commented Rahwanji when asked about her venture into TikTok. “I had initially just uploaded two videos and then I didn’t check the app again… but when curfew started being imposed, and we were staying home more and getting slightly more bored, I started opening it more and watching more videos and understanding it more… then I started liking it more,” she continued.

Rahwanji all of a sudden quickly rose to fame, thanks to her entertaining, well thought out and well structured TikToks in which she re-enacts short scenes from films and television series. Currently, this Egyptian mother and photographer has over 300,000 TikTok followers.

From Everyday Mom to TikTok Fame

“I didn’t expect to gain so many followers, at all,” exclaimed Rahwanji when asked what she thought of her sudden popularity, “especially seeing as TikTok seems to be [designed] for a younger demographic and I don’t quite fit into that demographic.”

The 35-year-old photographer is naturally creative, but little did she know that her creativity could come across through a social media app, as opposed to her usual lens. “I didn’t imagine this outcome… even my son kept making fun of me at first, whenever I’d gain any followers,” Rahwanji says. 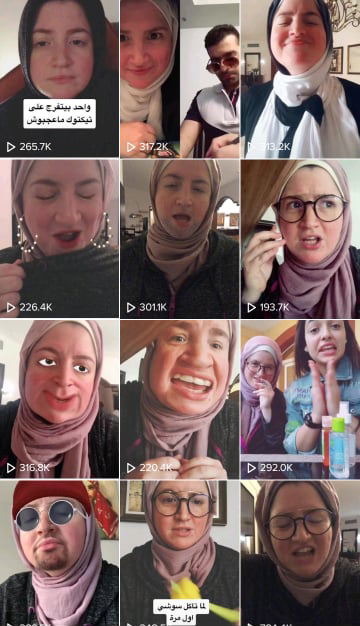 Ever since its theatre heyday back in the mid 20th century, the Egyptian population has been known for their love of slapstick comedy. Perhaps it is for this very reason that Rahwanji’s videos seem to resonate with such a large audience, as her depiction of characters is reminiscent of lighter and simpler times. Rahwanji’s videos seem to highlight the beauty of slapstick humor, especially when it is well made.

“It’s a great platform for self expression; it feels as though people express and showcase their lives in creative and light-hearted ways through TikTok,” Rahwanji explained when asked what she liked most about the social network, “also another great thing about the app is that most people’s comments are positive—not just for me, but in general.”

Other than consistently uploading videos of her own, Rahwanji also enjoys watching others on TikTok as well. “Some of my favorite TikTok people are people like Mai El Bana, who is really funny, Rola Is Undefined and Laila Khaled, [among others], they all make me laugh and they offer original content,” says Rahwanji.

With TikTok having had such a large impact on this everyday Egyptian’s life in such a short amount of time, mixed with such a vast positive response, it stands to question as to whether or not this social media entertainment platform will open new doors for Rahwanji.

When asked about whether or not she would be interested to explore acting more now, she says she hasn’t really decided about that yet. “The opportunity hasn’t really presented itself, so I haven’t really thought about it much to be honest,” says Rahwanji, “I’m just enjoying what I’m doing right now.”

Since 2019, TikTok has been successfully present in the Egyptian market, growing a strong and steady audience and fan base. It is now one of the most popular social media apps, in line with Instagram and Facebook—so much so, that even various Egyptian celebrities and influencers have now geared their social media focus towards TikTok.

Content that is most popular amongst the Egyptian population seems to be somewhat similar to that of Rahwanji’s, mainly revolving around re-creations of light-humored scenes from popular Egyptian films or TV shows. What is most apparent is that Egypt’s pop culture shines through this new-age entertainment platform.

There have been however some cases of arrest that occurred in Egypt over the last year in relation to social media app users, in which authorities arrested TikTok stars such as Mawada Eladhm and Haneen Hossam for ‘violating public morals’, in addition to the most recent altercation of the rape allegations surrounding TikTok user Menna Abdelaziz.

Despite some of these issues however, TikTok still remains a popular entertainment platform amongst Egyptian youth.

As World Football Kicks Off, Egypt Weighs Its Options
Eid Plans in the Time of Coronavirus: Trying to Keep the Spirit Alive

Eid Plans in the Time of Coronavirus: Trying to Keep the Spirit Alive
As World Football Kicks Off, Egypt Weighs Its Options