‘Any Military Intervention in Libya by Egypt Will Be According to International Law’: Sisi

Egyptian Streets
‘Any Military Intervention in Libya by Egypt Will Be According to International Law’: Sisi 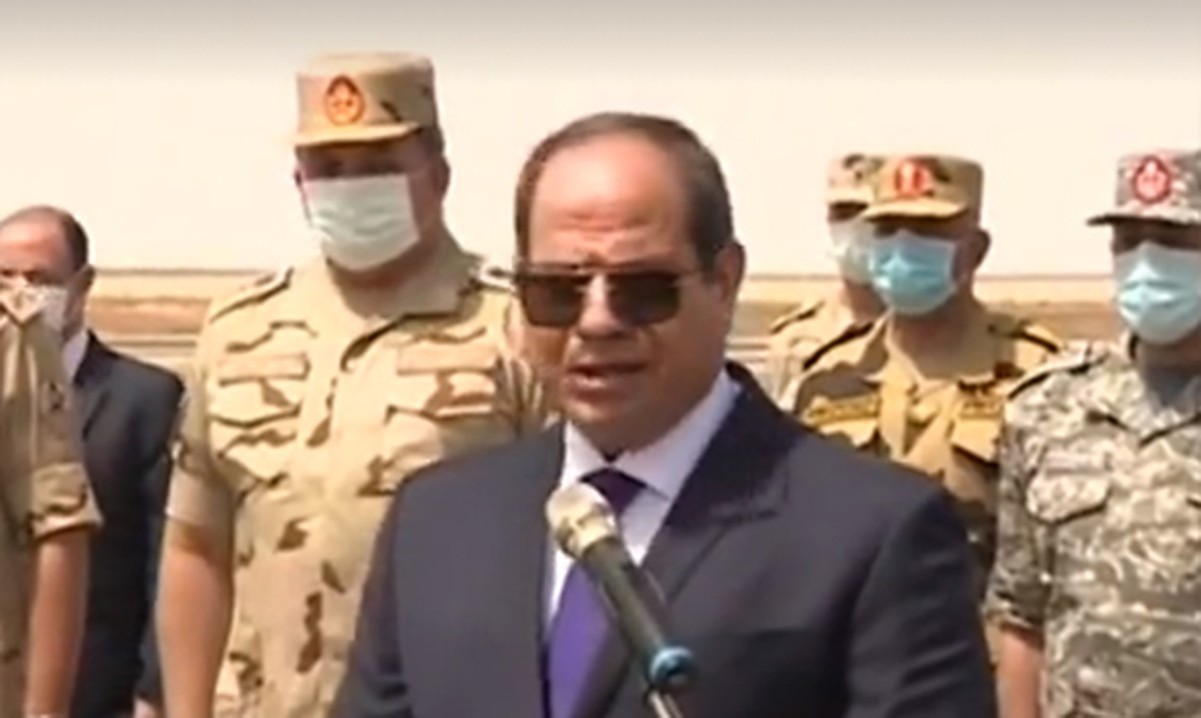 During his inspection tour of Egypt’s army forces in the Western Military Zone, Egyptian President Abdel-Fattah El-Sisi stated that “any military intervention by Egypt will be according to principles of international law,” and will be aimed towards protecting the stability of Libya and maintaining peace in the region.

The president added that the “army is capable of protecting Egypt’s national security inside and outside its borders,” and that it “protects and does not threaten.” On top of that, he added that Libya’s development can only happen through the Libyans themselves, and that their sovereignty would not be violated in case of any intervention.

The president also notified the army forces to be “prepared to carry out any mission within or outside its borders.”

The Western Military Zone is located in Marsa Matrouh and neighbors the borders of war-torn Libya, which has been a hub for terrorist groups since the civil war in 2014.

During his speech, the president noted that there are foreign powers supporting terrorist groups in Libya, and that the region is facing an unprecedented crisis that requires utmost preparation and unity in the face of any threat.

Earlier this month, Egypt announced the Cairo Declaration, which is a new peace plan to restore stability in Libya, following months of armed conflict between the Government of National Accord (GNA) and the Libyan National Army (LNA).

The plan aims towards uniting Libya’s warring parties and bringing political stability to the country following years of armed conflict. It calls for rival parties to initiate talks in Geneva, led by the 5+5 Libyan Joint Military Commission and sponsored by the UN.

The plan also calls for to “remove all foreign mercenaries nationwide, the dismantling of militias, and the handover of weapons to allow the LNA to cooperate with other security apparatuses to carry out their military duty.”