It wouldn’t be enough to regard the recent allegations against Ahmed Bassam Zaki as a singular case, or simply another ‘harasser’ out of a million others. What we are currently witnessing is only a fraction of a monstrous culture of misogyny, which demands further action to cut the problem at its roots.

Speak out, follow activists and survivors, and persistently raise awareness. Just as how the brutal killing of George Floyd revealed deeper issues in institutions and the society, so must cases like Bassam require further investigation as to how this culture developed and continues to develop overtime.

In response to the Weinstein story and the #MeToo movement, Time’s Up was set up by Hollywood actresses and actors as a movement against sexual harassment in the industry, which created a $13-million legal defense fund to support women in their legal cases.

Whether it’s by donating money, sharing important links, educating yourself or amplifying the voices of survivors, below are just a few resources to help you fight against the culture of misogyny. We will also continue to add to it as events evolve.

1. Listen and educate yourself

Right now is a time to educate yourself. It is important to amplify the voices of survivors and listen to them, and read the works of activists that have been fighting against these crimes for years.

You can start by reading influential feminist works, such as ‘Women and Sex’, ‘The Hidden Face of Eve’, and ‘Woman at Point Zero’ by Nawal El Saadawi. There is also ‘In the Eye of the Sun’ by Ahdaf Soueif, and ‘The Open Door’ by Latifa El Zayyat.

You should also understand the definitions behind sexual harassment and rape, and educate others that don’t. This is a crime that is recognized worldwide, and a victim may be manipulated or abused to agree to actively participate in behaviors that are deemed offensive or unacceptable for them.

After emails were sent to EU Business School, a punitive action was taken and the perpetuator was immediately suspended.

This is why it is important to notify and support those that are relevant in fighting for the cause. A good way to start is following institutions like the National Council for Women, and calling for organizations, such as the HarassMap, New Woman Foundation, Nazra, Wlaha Wogoh Okhra, the Egyptian Centre for Women’s Rights, Ask Your Online Lawyer (Es2al Mo7amek), and Centre for Egyptian Women Legal Assistance to address the issue and scale up their efforts. 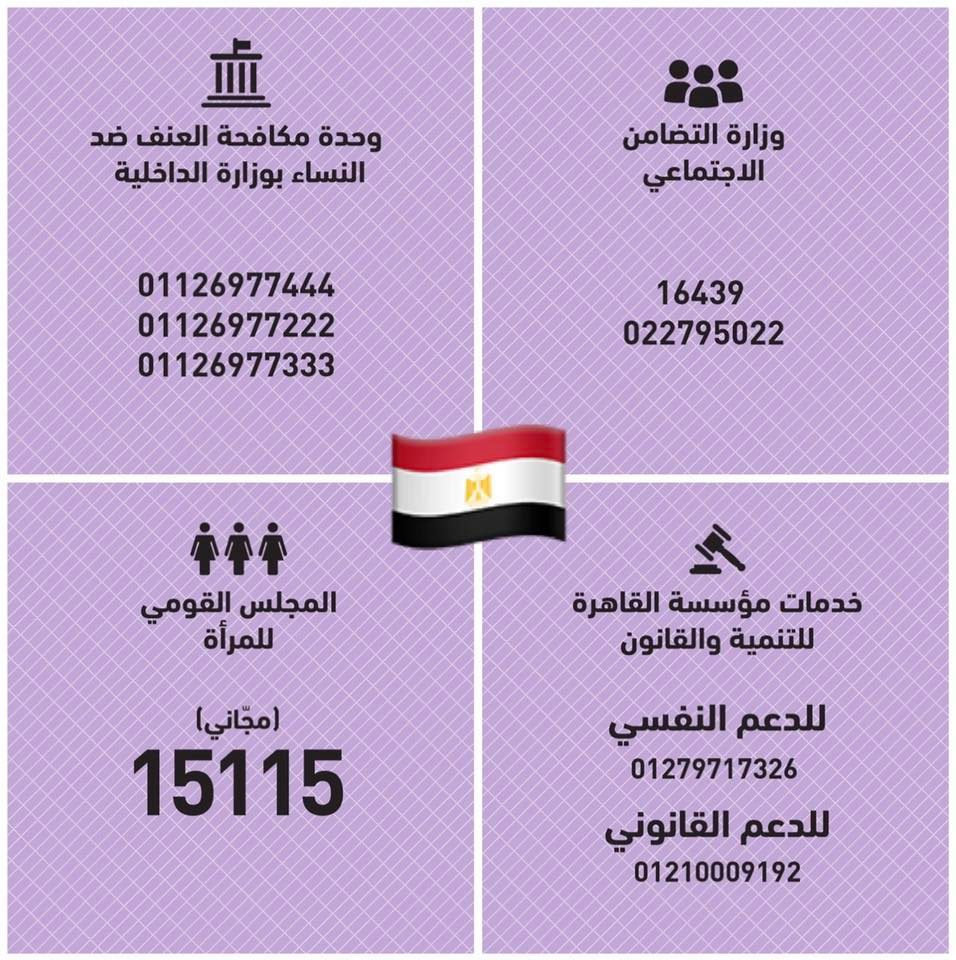 You should make sure to prioritize the voices of survivors and not use hashtags for simple expressions of support, but to share vital information. You should also make sure to follow @assaultpolice on Instagram to share their posts.

4. Donate and set up a legal fund if you can

One way to support survivors is to set up a fund to help support their case.

This is a guide on how to set up a fundraiser.

Many women around the world commit suicide due to fear of speaking out and the societal pressures that force them to remain silent. They are told to remain silent because it is regarded as public shame for their families, and without support in their environment, they end up helpless. In order to truly end heinous crimes like harassment and rape, women and all other survivors should be encouraged to come forward and speak, and this happens when societal pressures and misjudgments are not paramount.