Despite the fact that ancient Egypt is almost automatically linked to the ancient writing system of ancient Egyptian, which is mostly made of ideograms and hieroglyphs, the language itself remains a mystery to those who have not studied it. However, in a bid to render the cryptic language more accessible, Google has added a translating feature to its Arts and Culture application where users can transform words and emojis into hieroglyph signs.

The Hieroglyphs translation tool is called Fabricius, and it uses machine learning to translate the ancient language.

Published on July 15, 2020, on the anniversary of the discovery of the Rosetta Stone, the tool offers multiple features. It offers Learning, an educational process to learn the language, Play, a translation feature for writing unique words in hieroglyphics, and Work – for professionals. Not only is the in-app feature a gimmick for casual consumers, Fabricius also comes in the form of an open-source desktop app, using Google Cloud’s AutoML technology, which lends itself to historians and researchers working on professional study of the field.

According to BBC, included in the application’s features is one where users can upload photos of the hieroglyphs and digitally enhance them to be able to analyze them in detail in translation.

However, the tool is also perceived as a source of edutainment where ancient Egyptian enthusiasts can not only learn about the ancient language but also try practicing drawing the signs or converting popular emojis into the language. 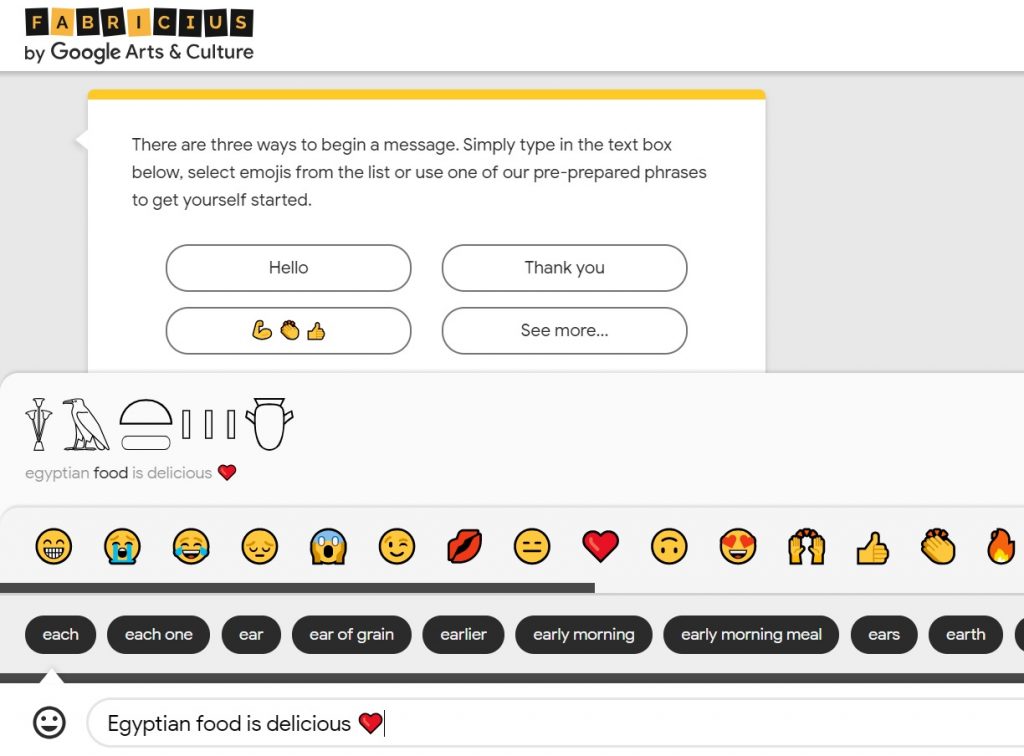 The experiment and feature named after a famed epigrapher and archaeologist, Georg Fabricius, was created in collaboration with the Australian Center for Egyptology at Macquarie University, Psycle Interactive, Ubisoft and many Egyptologists worldwide.

In Photos: A Look At the First Restaurant Near Giza Pyramids
Pushing For a Youth-Driven Mental Health Movement in Egypt: EMPWRNG MNDS Conference

Pushing For a Youth-Driven Mental Health Movement in Egypt: EMPWRNG MNDS Conference
In Photos: A Look At the First Restaurant Near Giza Pyramids