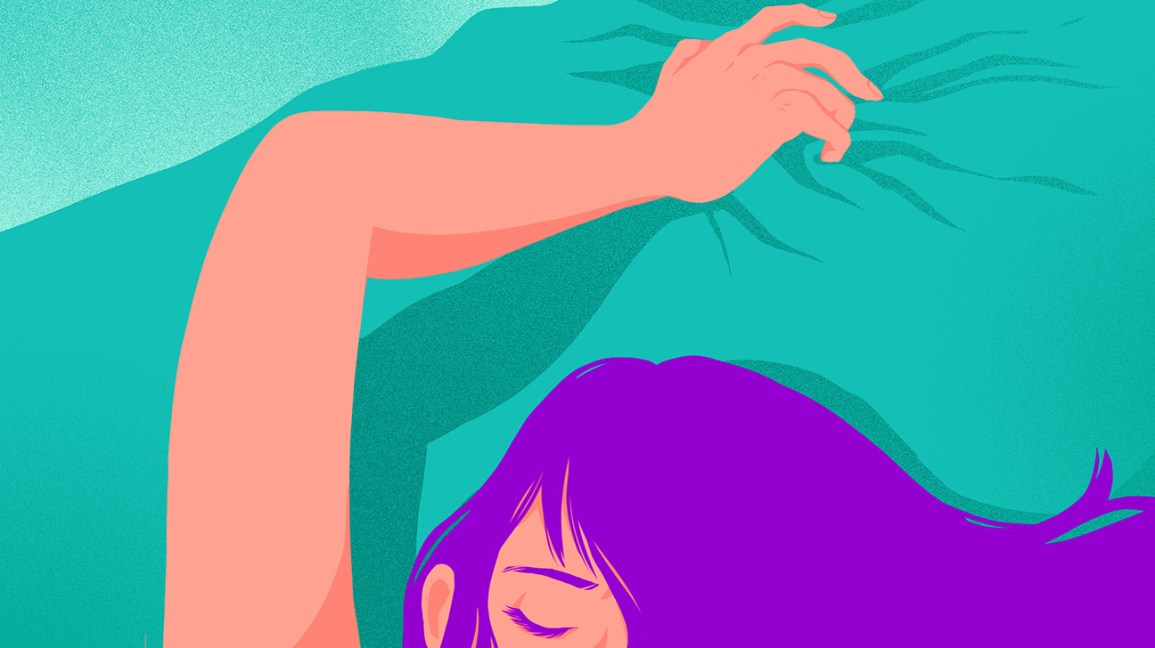 Sex education and sexual health awareness are two of the main building blocks of a healthy coming-of-age and ultimately an adulthood in which an individual is capable to make informed decisions about their body.

Unfortunately, this necessary transition into adulthood eludes many young Egyptians due to conservative social norms which inform how the country’s education system and curriculums approach sex education. This lack of awareness primarily affects women’s health and safety.

Filling this void in the nation’s awareness is The Sex Talk – بالعربى, an online initiative launched a little over two years ago to educate Arab and Egyptian women about their bodies and raise awareness about their sexual health and reproductive rights.

“One of the major problems we have in the Arab world is that in many countries, abortion is illegal, so there are so many practices that are harmful to women’s bodies and there is very little [legislation] out there to protect, support or help them. We, as Arab women, are quite vulnerable in that sense, especially with no knowledge whatsoever about that topic,” feminist researcher, activist and founder of The Sex Talk Fatma Ibrahim tells Egyptian Streets.

Launched in 2018, The Sex Talk started with a secret all-women Facebook group intended to translate and share literature and resources about sexual health into Arabic, but grew into a safe space celebrating female sexuality, pleasure, health and safety.

“We don’t have enough online content about sex education and sexual health, especially not [content] directed at women, for women, from a feminist perspective. Most of the content that exists is either written using very complicated language, or focused on ‘how to please your man,’” Ibrahim says of Egypt’s digital landscape before the Sex Talk.

Ibrahim explains that she was inspired to launch the initiative after encountering many misconceptions about sex and women’s health online.

“I noticed that there were always these kinds of really basic questions—people who can’t differentiate between violent relationships and kinks in sex, women who really struggle to reach out to trusted non-judgmental medical experts, [and] women who get taken advantage of sexually just because they don’t know things about sex,” she remarks.

Soon after launching the group, which evolved into a support group and safe space for women, Ibrahim decided to expand The Sex Talk’s online presence to reach a wider Arabic-speaking audience with its sex positive content, all while maintaining the initiative’s feminist approach to sex education and awareness.

“We center women’s needs [and] experiences as our main sort of reference when we [produce content],” the Scotland-based PhD student explains.

Working with a network of volunteers, Ibrahim then launched The Sex Talk’s public pages on Facebook and Instagram. The platform, which publishes easily digestible content and resources about sexual health, addresses individuals of all sexual orientations and gender identities.

The platform’s content runs the full gamut from debunking misconceptions and myths about sex and women’s bodies and health, to resources about contraception, safe sex and body positivity, all the way to tips for more enjoyable sex with a focus on female pleasure.

The Sex Talk has also fostered a community of followers whose questions and concerns inform the editorial process. Using tools like Instagram’s Q&As, followers can access reliable information and timely responses.

But sex positivity in Egypt and the Arabic-speaking world is often accompanied by controversy due to patriarchal norms that limit women’s sexual literacy and awareness.

“We often get a lot of mansplaining—[men] telling us, ‘oh this is not true,’ as if they know our bodies much better than we do,” Ibrahim jokes. “We get a lot of insults, attacks and curses … Many people [get offended] because of religious reasons, they always connect our content to their own ideologies and they think that it should be generalized, [whereas] we don’t follow a specific religion, we just follow science.”

The backlash came to a head earlier this year, after the platform published an illustration of the different types of hymens. The post was intended to debunk the myth that the thin membrane serves as an indicator of female virginity, a thorny subject in Arab and Muslim culture. Following user reports, Facebook shut down the page citing pornographic content before reinstating it shortly after.

“Facebook’s policies [and algorithm] are quite gender biased … In the Middle East, it is extremely unfair and unjust what they do to women. There are hundreds of pages that steal women’s pictures and publish them without consent and encourage violence against women,” Ibrahim explains. “We try to shut them down and we always get back responses to our reports that go like, ‘oh this doesn’t go against our community standards.’ Why does our content go against your community standards, then?”

But women on social media are succeeding where male-dominated Silicon Valley and the Egyptian patriarchy have failed. With a massive female following, The Sex Talk is becoming an essential Arabic sex literacy and awareness resource for women.

“We get a lot of positive feedback, a lot of supportive comments and messages from women mostly,” Ibrahim says. “Women are not stupid, we know that so many things that happen in our sex lives are not normal and shouldn’t happen, but we just want someone to tell us, ‘this shouldn’t happen.'”

Another demographic whose response to The Sex Talk has been surprisingly positive are young men, according to Ibrahim. “[Men] aged 18-25 share [our content] and reflect on it. They tell us about things they didn’t know before, or what they learned and how [careful] they are not to offend or harm their partners,” she explains.

As Egyptian society reckons with multiple high profile rape cases, such as the Fairmont Crime and the allegations against Ahmed Bassam Zaki, The Sex Talk’s mission is more relevant now than ever in dismantling social and cultural structures that resulted in this warped understanding of sex and concepts like consent and bodily autonomy.

“I am quite happy with what we have achieved so far, especially with the younger generation. Our main goal is to normalize sex talk,” Ibrahim says. “People around the world, in less conservative contexts, have the sex talk with children from a very young age. It protects them from being vulnerable to any sort of abuse or growing up in abusive relationships.”

Six Female-Dominated Indie Arab Films You’re Missing & Where You Can Watch Them
Avec Toi: a Revived Gem from Ramatan, by Bresseau Taha Hussein

Avec Toi: a Revived Gem from Ramatan, by Bresseau Taha Hussein
Six Female-Dominated Indie Arab Films You’re Missing & Where You Can Watch Them