Heritage and Nostalgia: How One Man is Trying to Save his 100-Year-Old Family Home

Mary Aravanis
Heritage and Nostalgia: How One Man is Trying to Save his 100-Year-Old Family Home

For the past couple of months, since around February or March, Radwan has been avidly pursuing various authorities, from the National Organization for Urban Harmony to the Ministry of Tourism and Antiquities, in attempts to try to save his 100-year-old family home from ruin. Since the 1992 earthquake, the house faced some threatening damage which appeared in the form of various cracks across the walls. Over the years, the cracks have only gotten bigger and the resulting damage can be felt now more than ever through doors that can no longer be opened easily and even a slight tilt in the house.

The earthquake had even caused an entire wall to collapse, which Radwan’s father had taken upon himself to restore. Although his father had tried to take the necessary measures to preserve this architecturally significant home back in 1992 and 1993, he was met with little to no concern from authorities, and so the house was left as is – cracks and all.

It wasn’t until the recent collapse of a similarly lived-in culturally significant building located on Kasr el Nil street in downtown Cairo that acted as a wake up call to Radwan to take this issue to social media; months prior he had already decided to continue what his father had started back in the early 1990’s. “I started gathering information about the architecture of the building and the like, and began sending in requests of preservation to the National Organization for Urban Harmony,” Radwan tells Egyptian Streets.

A Building of History and Nostalgia

“Fine Arts students would often visit our home in order to study its architecture and style,” recalls Radwan, “which dates back to the first quarter of the 20th century.”

Remnants of modern European Renaissance style architecture is still evident throughout the facade of the withering building, from decorative carved details surrounding columns and windows to high ceilings and wide spaces.

“This home carries so much nostalgia for a revered time in Egypt; the home still carries the initials of its original owners,” Radwan says as he speaks of how the house’s historical significance impacted him growing up within its walls.

He goes on to say that his family was informed that a foreign family were the ones who originally built this house, their initials being ‘M’ and ‘R’ as seen stapled across most of the home’s doors. They lived near Abdeen Palace, amongst other such similar homes at the time, giving the impression that they were a well-to-do family in the early 1900’s.

In addition to this, it is rumored that the late actress and singer Asmahan was one of the home’s residents at some point in time. Radwan admits to having no physical proof of some of these details, and that they are merely pieces of information that have been passed down through the family as old residents of the building.

“The wide space and the way in which the house is separated – the lower floor where the maids and cooks would usually reside and work, the upper or first floor which would be used to entertain guests, and the second floor which is where the bedrooms and such would be located – truly gives us a sense of what it would have been like living in such a house back when it was first built,” Radwan explains, “and that’s why I always felt that this house isn’t just like any other house – it was special.”

“My family first moved into the house in 1955, my grandfather being the first in our family to inhabit it,” says Radwan. As previously mentioned, Radwan’s entire family lineage has lived through the house ever since then, and his mother still inhabits it to this very day.

He recalls growing up seeing similar looking homes around the area, however every so often one of them would collapse in ruin, and a tall multiple story building would sprout in its place. As such, Radwan had always been aware of such a threat happening to their own family home. 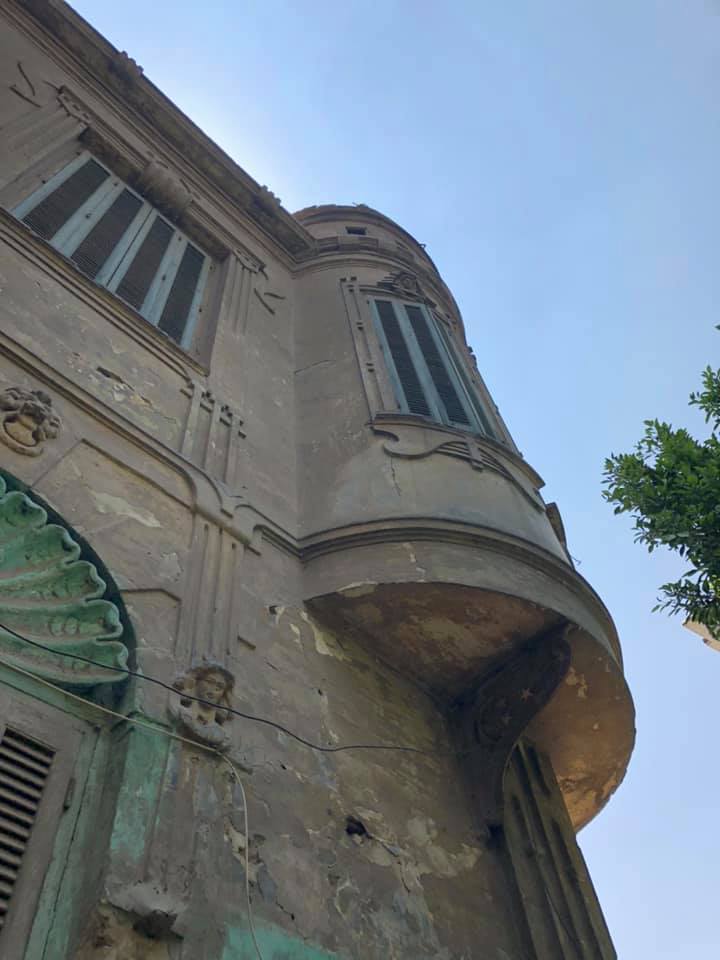 Now that he is older and he has a wider understanding of the significance of this building, as well as the extent of the damage resulting from the 1992 earthquake, Radwan has been hastily trying to save his building from facing the same demise as those there were once its neighboring gems.

When All Else Fails, Go to Social Media

“I attempted to contact the National Organization for Urban Harmony and I even got the number that the house is listed under with the Antiquities Authorities,” Radwan says to Egyptian Streets, “because the house is in fact listed as being historic and we were informed that because of this, no one is actually allowed to make any changes to the building.”

By the end of March and towards the beginning of April, Radwan went to meet the Governor of Cairo Major General Khaled Abdel Aal in order to show him pictures of the building’s damage and to urge his aid in preserving it.

However, the Governor’s head of office informed Radwan that this is not something that he would be able to personally meet with the Governor about and he simply told him to direct his complaint to the Electronic Citizen Service Office. “This is literally where the entirety of Egypt’s population goes to complain about various issues they are facing,” explains Radwan to his dismay. 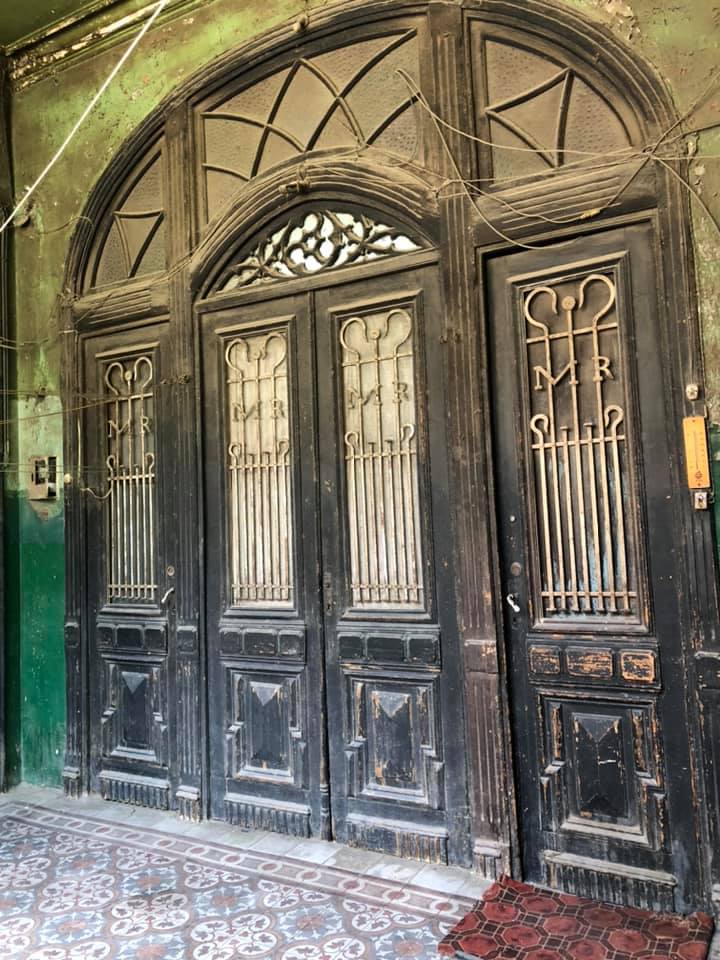 After several attempts to try to reach the necessary authorities for this issue to no avail, Radwan felt as though the urgency of this very personal and culturally important matter needed to be taken to social media.

Radwan created a Facebook post in which he explains everything that has happened in detail, attaching images of the building, and tagging various authorities. After over 200 shares, the post did receive a considerable amount of recognition as various people, entities and even media showed interest in his story.

“Primarily, I would love to save the house where I grew up and where I still have family residing… and secondarily, this is of course a historic building that carries heritage so I urge the country to do something about it – to save it before it’s too late,” expresses Radwan.

Although he understands that restoring such a building would be very costly, and that it may not be among the country’s priorities economically, Radwan still feels as though there could be some sort of action taken for the time being.