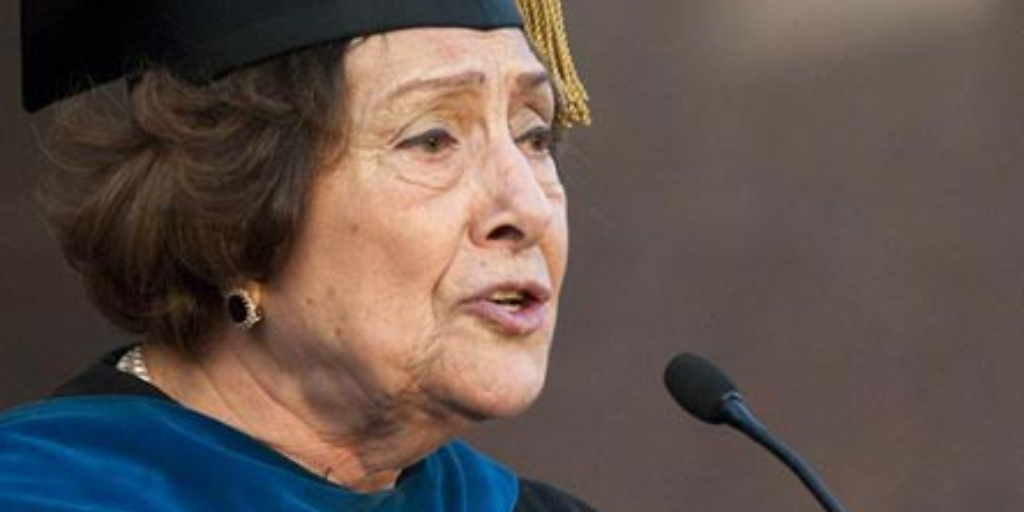 Prominent Egyptian women’s advocate Dr Farkhonda Hassan passed away at the age of 90, announced Egypt’s National Council for Women in a statement on Friday.

Hassan, whose career was centred around women’s causes across a range of sectors, previously served on the the Gender Advisory Board of the United Nations Commission on Science and Technology for Development and was formerly the Secretary-General of the National Council for Women.

Born in 1930, Hassan graduated from Cairo University’s Faculty of science in 1952 before pursuing postgraduate studies at Pittsburgh University and receiving her PhD in geology. Hassan was also a geology professor at the American University in Cairo and was formerly the Chair of the Commission on Human Development and Local Administration of Egypt’s former Shura Council.

Hassan’s efforts to promote women’s causes across various sectors such as science and technology, public service, education and social work were among the main reasons why Egyptian Streets named her among 23 Egyptian women who made history.

“The objective now is not to renegotiate our dreams, but to emphasise the accountability of all actors. We are no longer seeking promises, but are demanding action,” Hassan once famously said.

In its statement, the National Council for Women said that Egypt had lost “a unique female figure for Egyptian women, who will remain alive in our hearts as she influenced public and political life with her efforts and knowledge and was an inspiration to everyone around her”.

“[Hassan] took on the issues of Egyptian women and worked hard through perseverance and craftsmanship to remove obstacles and challenges [faced by Egyptian women].”