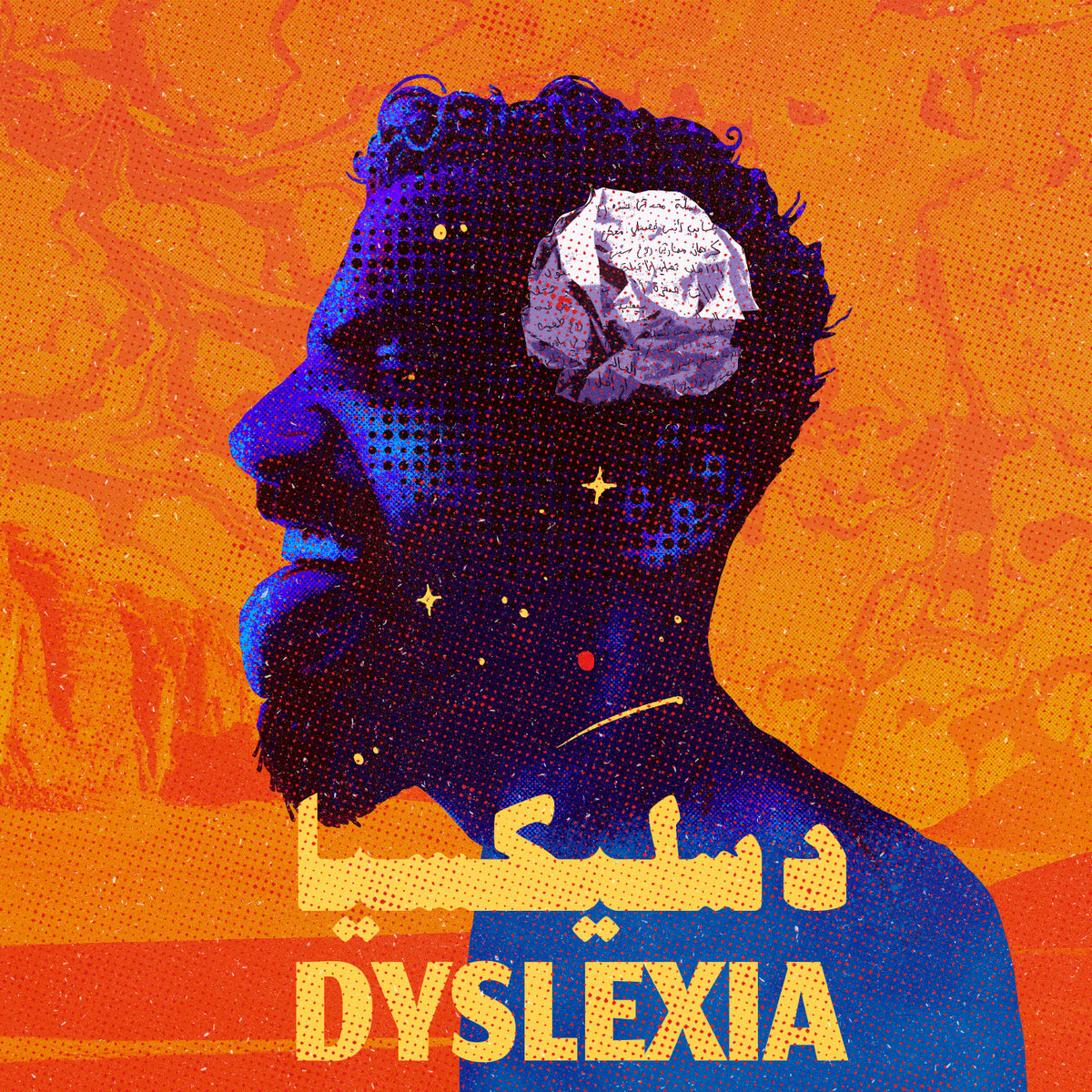 “I empathize more with someone orphaned from his mother than from his land, for if you know your mother, you know where your real roots lie.”

Giving a voice to the oppressed through art, Jordanian/Palestinian rapper Emsallam brings to life the modern realities of Palestinians and the journey of selfhood during a pertinent time of cultural threat.

Emsallam’s 3rd album ”Dyslexia” is produced by his long-time partner, The Archiducer (Ayman Al  Salhi), and is the first album with the Jordanian music label Keife Records.

In ”Dyslexia”,  this album continues to reveal Emsallam’s uniquely theatrical and emotionally charged performances and songwriting amongst the region’s hip-hop/rap and trap scenes.

The album name ”Dyslexia” encapsulates a coming of age for Emsallam symbolically. Born to a traditional and conservative family that was exiled from Palestine to  Jordan in 1967, Emsallam’s family never acknowledged, or was willing to investigate his believed Dyslexia and dismissed it all along. “To them, poor reading skills were simply the result of not reading enough books,” Emsallam explains.

The journey begins with ‘Ferdy’, a song that evokes feelings of superiority and celebrates strength, resilience and nobility with subtle irony and sarcasm.

These feelings of superiority then shift in snappy electro trap track ‘PMWL’, as he critiques the patriarchy, sexism and tribalism in the Middle East, sampling Abdel Halim Hafez’s “Na’am ya Habibi” and highlights four pillars of the region’s tribal societies; land, territory, honor and child-rearing, in the track’s provocative and R-rated hook.

In his most spiritual track yet, his journey ends with surrendering in ‘Ya alem el Hal’, as the chorus is a reharmonization of a common lamentation Muslims chant during El Hajj pilgrimage, particularly during circumambulation. The verse takes the format of a prayer to the Almighty; reminiscent of the 90s West Coast hip-hop era that gives the track a somewhat peculiar feeling of spiritual yet nostalgic sound and feel.

Other tracks include ‘Aref Innak’, where Emsallam features Haifa-based Palestinian up and coming vocalist Aden Wakeem, which plays on the theme of ‘identity crisis’ as Adan’s verse refers to Rick and Morty’s dimension 137 C of the multiverse, stating that her national identity cannot be found there.

Emsallam also teams up with Tamer Naffar, the godfather of Palestinian hip-hop for the track  ‘Wala Khatar A bali’. Here, Emsallam gives an emotional ode to icon Fairuz following the intro, then honors legendary Egyptian guitarist and composer Omar Khorsheed in the track’s verse.  Naffar’s gritty and often sarcastic sense and flow add a groovy flavor as he inevitably goes political. This is a collaboration spanning Palestine, Jordan, Egypt and Russia.

In all the artistic mediums he traverses, including painting and audiovisual art, Hdaib challenges  taboo subjects, attempting to crack the sheen of what he sees as an oppressively conservative  society. A dimensional character with strong convictions and artistic capabilities, Emsallam is one of the most intriguing talents coming up in regional hip hop.

In 2016, he released his first solo album “The Last Step”, a fifteen track edgy and riveting trap  produced by long standing collaborator The Archiducer (Ayman Salhi). His second album  “Postcolonialism”, released in 2018 achieved significant critical acclaim with “Ijramen Anhen”, a  single featuring Krist Alzou’bi and Al-Wesam. This track takes Arabic Tarab to a completely  different dimension and mixes it with trap.