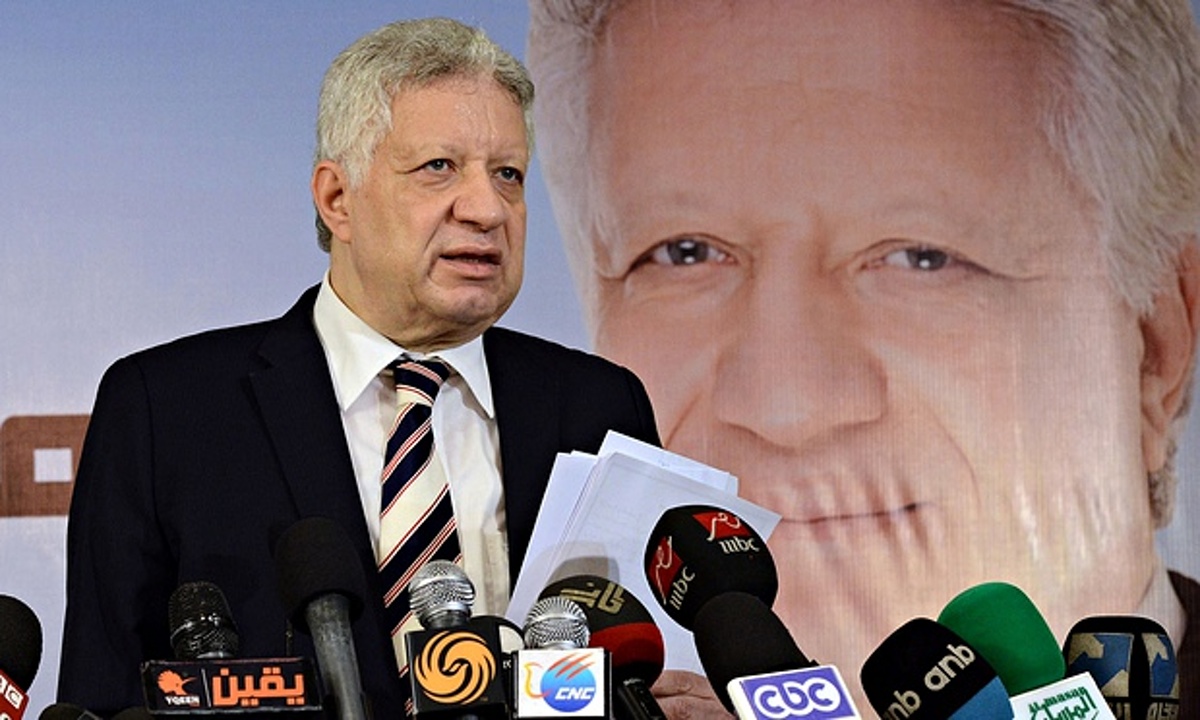 Controversial sporting club owner, lawyer and parliamentarian Mortada Mansour is set to lose his parliamentary seat after being defeated during the latest parliamentary elections in Egypt.

According to privately-run Al-Masry Al-Youm and state-owned Al-Ahram, Mansour will not enter a run-off round of elections after trailing behind other candidates for the Meit Ghamr constituency in Daqahliya. Al-Ahram reports that Mansour finished in third place, while Al-Masry Al-Youm reports that Mansour actually finished in sixth place. In any case, media outlets across Egypt have all declared Mansour’s defeat. Mansour’s son Ahmed also lost his seat in parliament in this year’s elections.

Following news of his defeat, many Egyptians celebrated Mansour’s defeat while others staunchly defended him. A hashtag, “#وراك_شعب_يامرتضي” (people are behind you Mortada) has been the top trending in Egypt for 24 hours since this article was published.

Mansour, who is the Chairman of Zamalek Sporting Club currently suspended by Egypt’s Olympic Committee for four years, first joined the Egyptian parliament in 2005 and is a controversial and dividing figure. His outspoken nature, including blasting sports figures, government officials, and other public personalities have seen him be the subject of significant controversy. However, his status as a parliamentarian has often meant he was unable to be sued due to parliamentary immunity. Along with losing his parliamentary seat, Mansour will also lose this parliamentary immunity.

Mansour also holds a number of controversial opinions. He famously declared Egypt’s 25 January uprising was the “worst-ever day in Egypt’s history”. On the day Egypt’s parliament in 2016 held its first session, Mansour made headlines after he protested the new Constitution by stating a slightly altered oath. Instead of stating that he swore to respect “the constitution,” Mansour said he would respect the “articles of the constitution”. The different oath, which he was forced to correct due to outrage by other parliamentarians, was read out as the new constitution pays tribute to the 25 January revolution and Mansour believes it was “not a revolution”.

Mansour also announced his candidacy for the Egyptian presidency in 2013 and 2018, but in both instances dropped out shortly after his announcement. In 2013, Mansour said he withdrew after receiving “a sign from God” that Egypt’s President Abdel Fattah Al-Sisi would win the elections. Meanwhile, in 2018, Mansour declared one of his first decisions as Egyptian President, should he have won the elections, would have been to block Facebook.