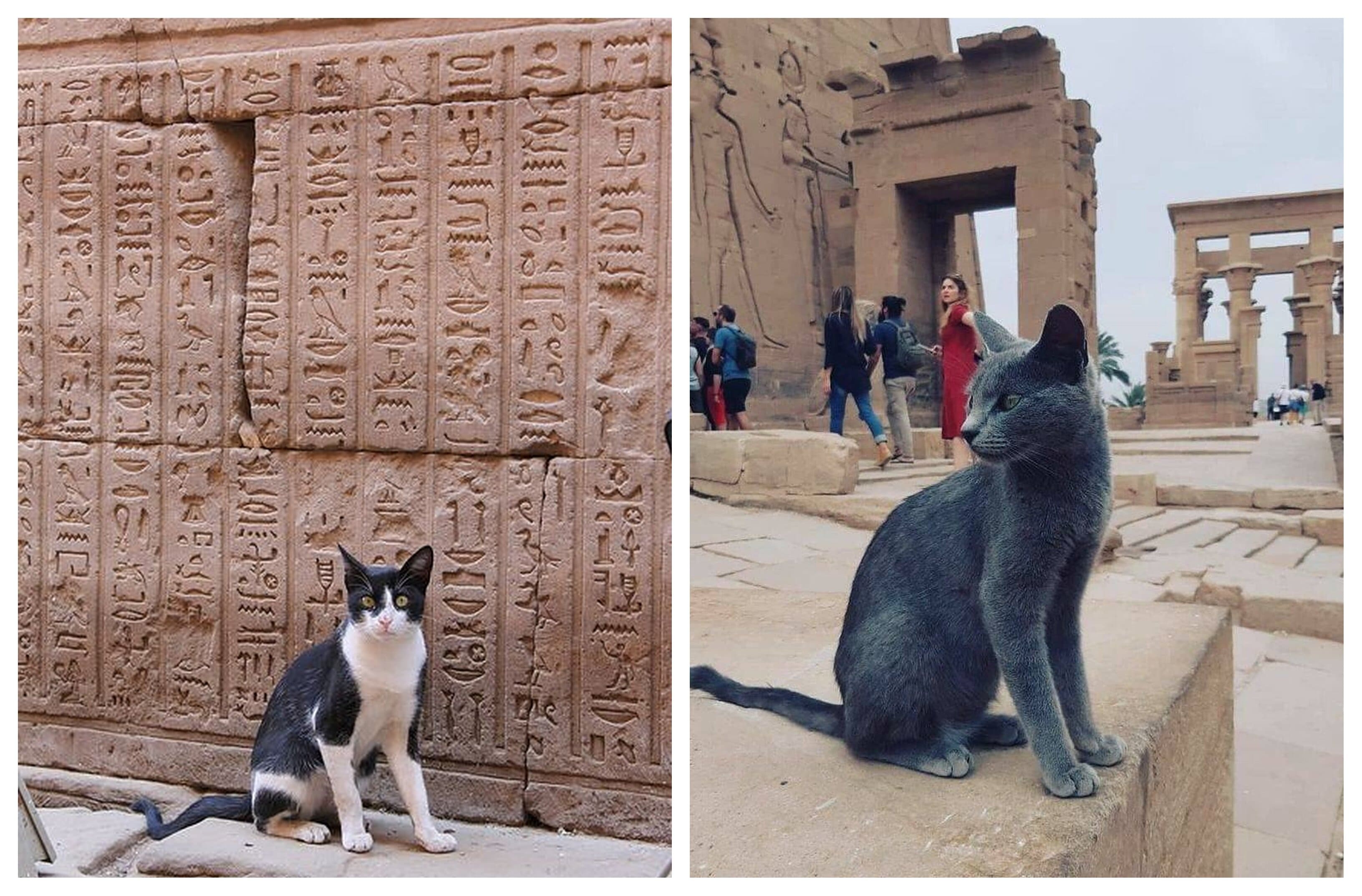 Cats have always occupied a special position in Ancient Egypt. According to scholar Alleyn Diesel, the association of cats with divine characteristics only came gradually for multiple reasons. One in particular was due to cats’ fondness for sleeping in the sun, which eventually created the attribution between cat and the sun god – Ra.

There were several other cat goddesses that were deemed of high importance. Bast or Bastet is the most popular cat goddess, and arguably one of the most famous feline deity. In fact, it also inspired Hollywood productions such as Black Panther today, where the writers of Marvel’s Black Panther stories used her as an important symbol of a panther god with a cult.

But even more than, archaeologists note that Ancient Egyptians were caring and fond of animals, as it is documented that they discovered pampered pet dogs as well as private zoos.

Below are a few photos reviving old memories of the relationship between cats and Ancient Egypt.