To be healthy. To be kind. To survive.

When a year comes to a close, many people decide on new intentions, goals, and resolutions, and set targets to achieve by the end of the new year. For example, gyms are famously far more crowded in January than they are throughout the rest of the year, as those who have resolved to exercise still have the momentum that comes with the novelty.

For a long time, new year’s resolutions have become the butt of many jokes, whether that be because they are repetitive, unpersonalized goals about diet and exercise, because they’re unattainable, or because life is simply unpredictable. 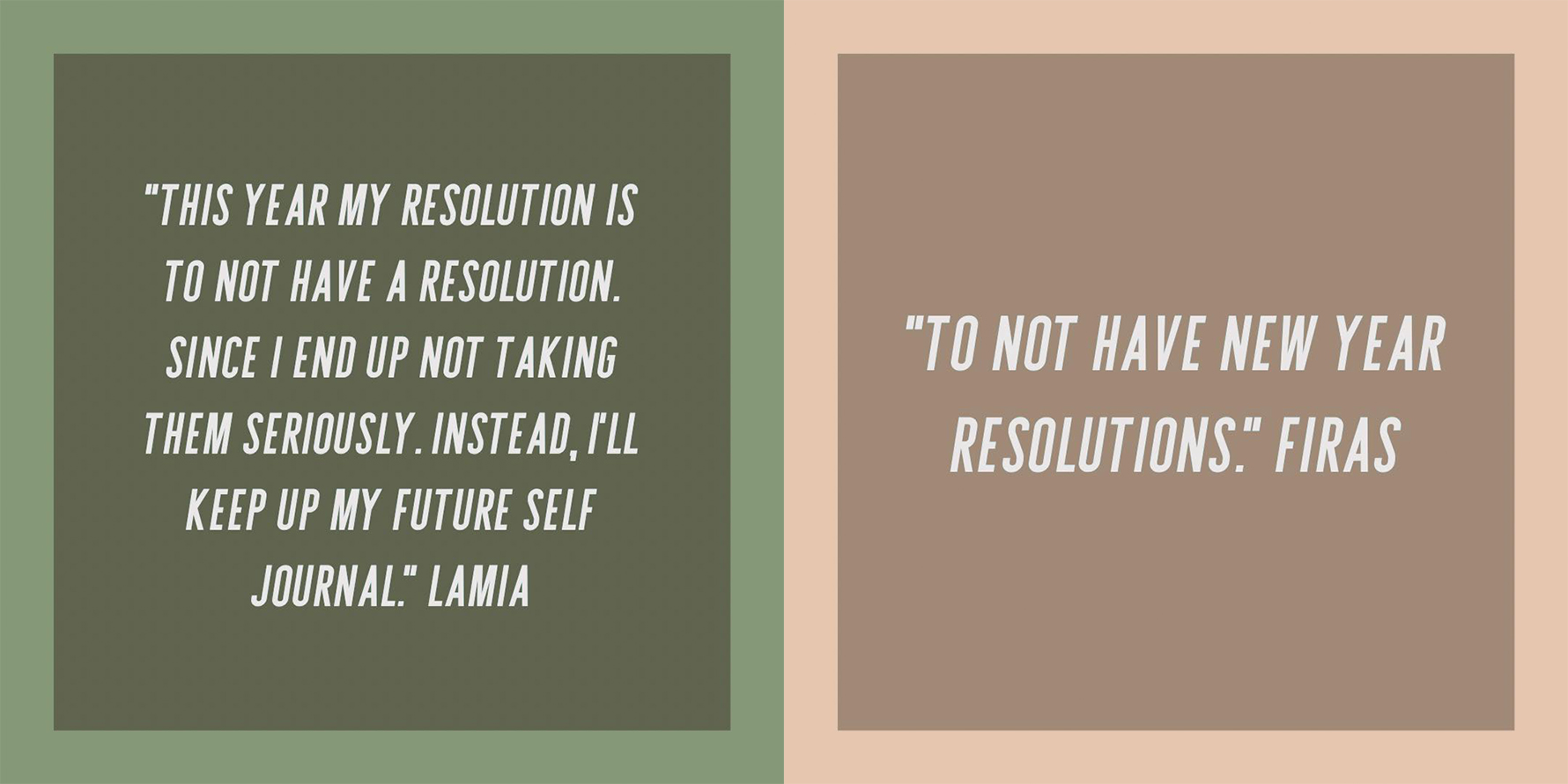 But 2020 was a year that showed everyone just how unpredictable life can be. It seems universal that everyone has been waiting to see the back of 2020, and now it is finally behind us. No one going into 2020 saying it was going to be their year expected a global pandemic that was going to cause a dramatic and complete change in how we lead and manage every aspect of our lives. This led few to hail 2021 as their year, and many to take a different approach to new year’s resolutions.

Some, of course, rejected them entirely. While 2020 was the most unpredictable year, possibly in living memory, many felt that there were no guarantees that 2021 would not give it a run for its money. Others decided to take more holistic approaches to resolutions. Instead of setting concrete goals that may be disrupted by external events, they set intentions that were less concrete, more about attitudes that could withstand surprises. 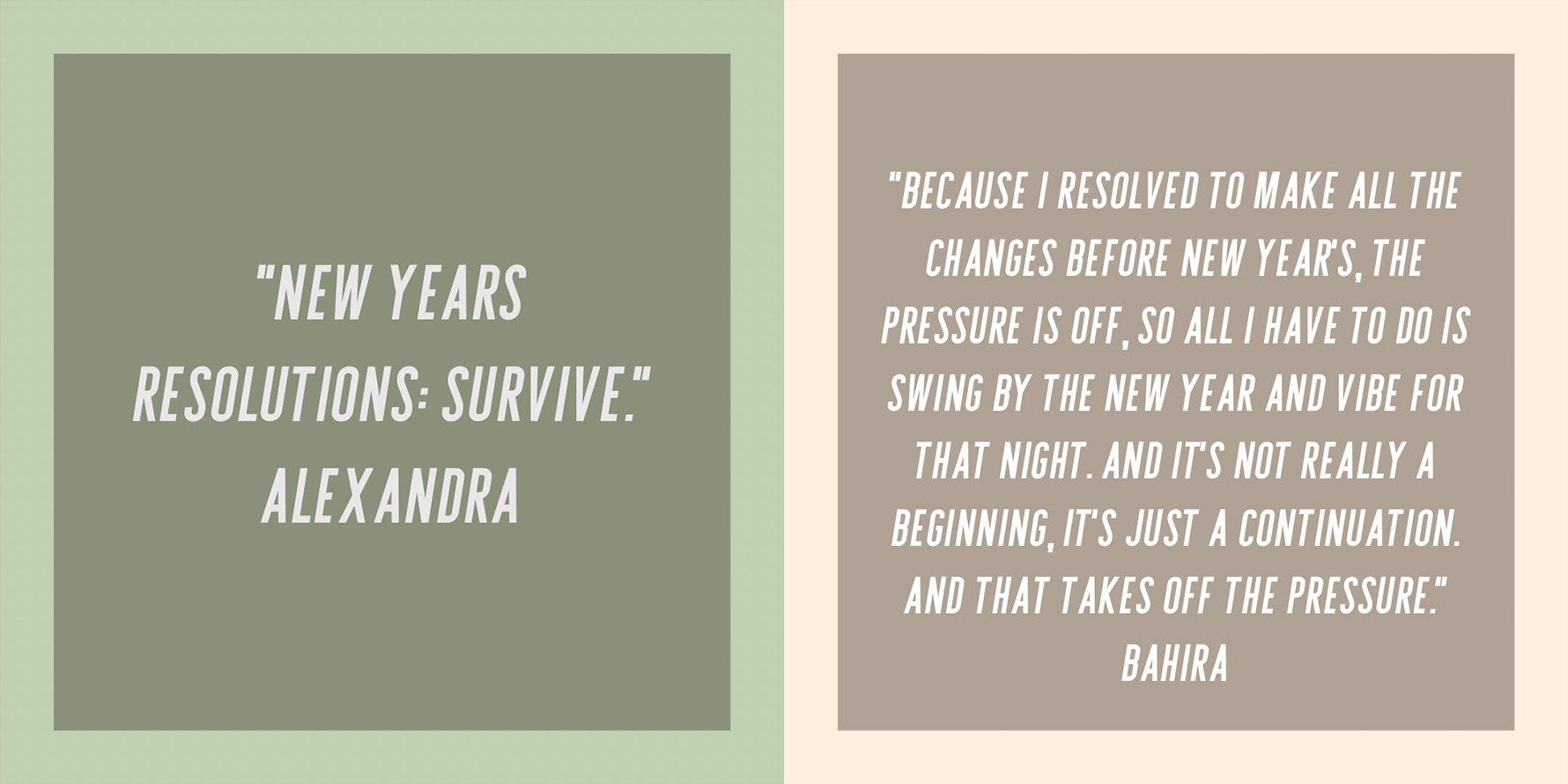 Others decided that creating goals for an entire year was more likely to lead to make them unattainable, so they found that breaking up goal-setting to shorter periods of time would make it all the more rewarding. And finally, some decided to pull it back all the way to the basics. Resolving to survive, to be grateful, or to simply improvise.

The Security Blanket of Resolutions

But why is it that every time another year comes to an end and a new one begins, a lot of people feel the need to create a set of resolutions (or goals) to focus on trying to attain in the first place? 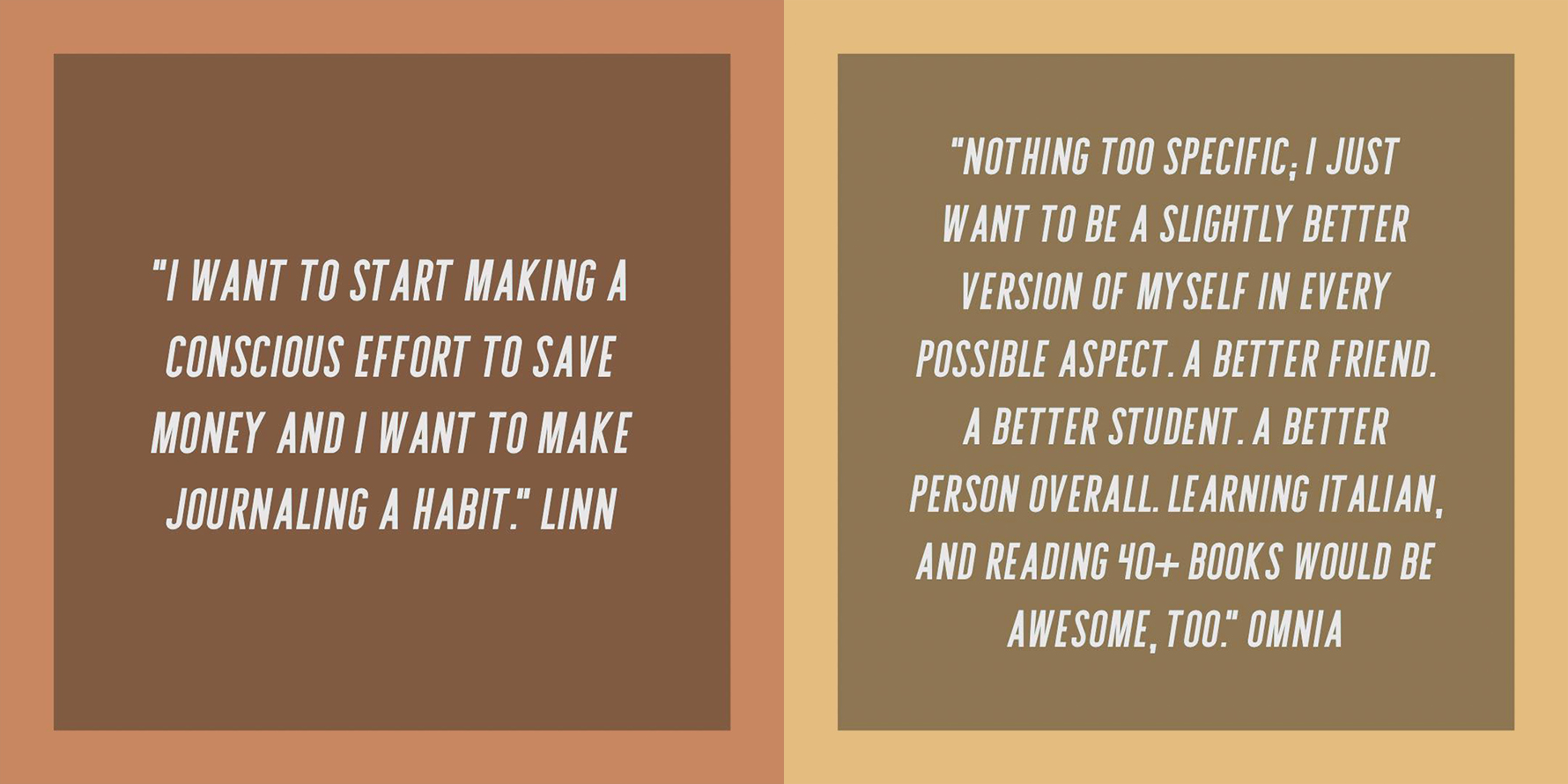 Perhaps it is that New Year’s resolutions are very much akin to security blankets; a lot of people rely on them to feel as though they are tackling a new year with a new and fresh start – for many, it is something to look forward to, something to keep them going.

With every new year, many people feel as though they are getting the chance to re-set and focus on what matters to them on an individual and personal basis – for some it might be weight loss, for others it might be getting a job. These resolutions are usually long lists of a mixture of tangible and non-tangible goals. 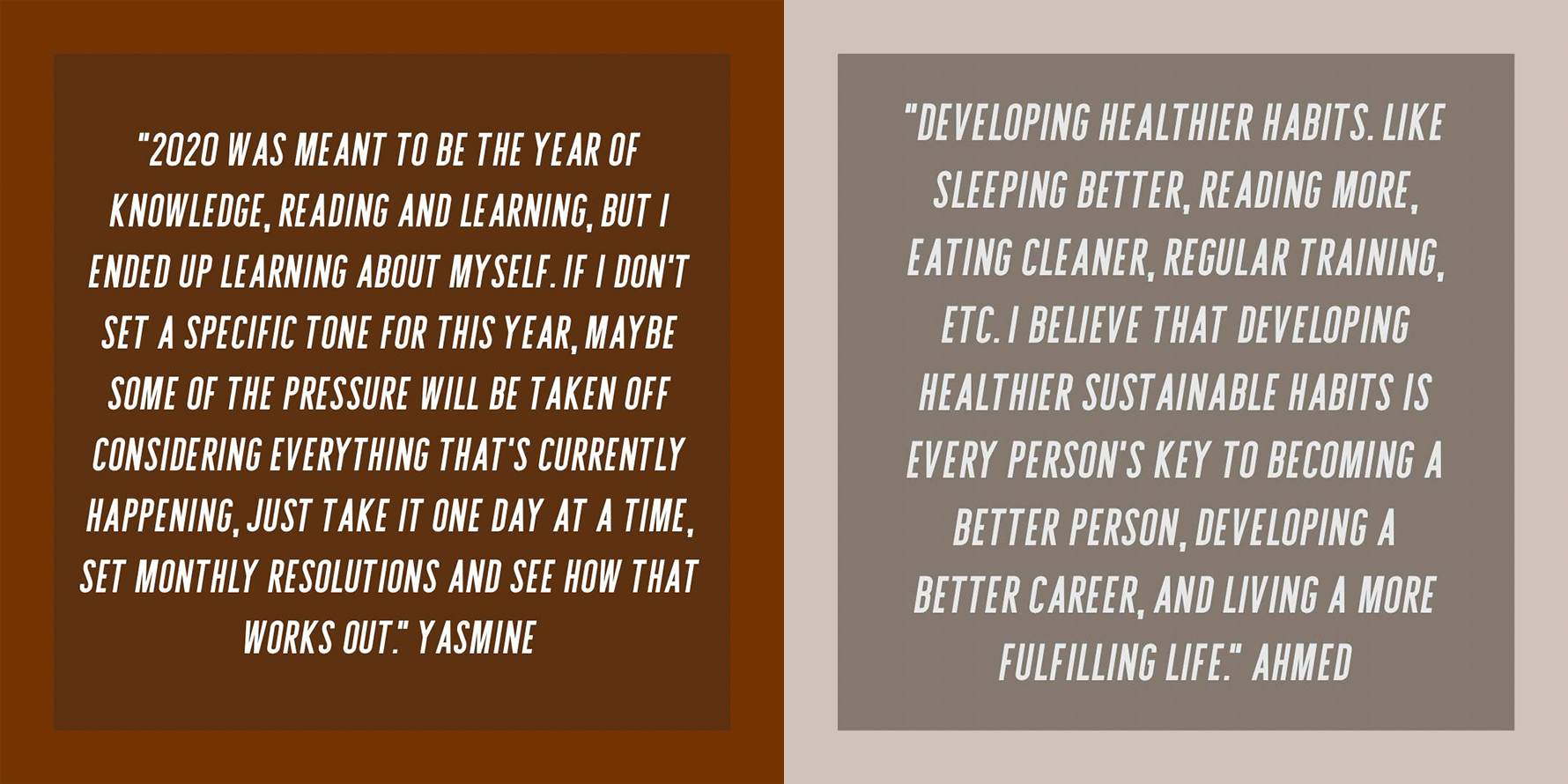 What is interesting is the fact that many people who decide to create New Year’s resolutions are usually fully aware of the fact that they will most likely not really stick to them – but perhaps just knowing that they have the intentions for them is enough.

With the culmination of 2020, resolutions for the new year may seem ridiculously pointless for many. But many others have taken them on from an entirely new perspective: Rather than focusing on goals that may seem to put pressure on oneself to reach wildly unattainable or illogical goals, the past year has humbled us in that many are veering towards more morally inclined goals and resolutions. Resolutions seem to be simpler, yet far more profound. 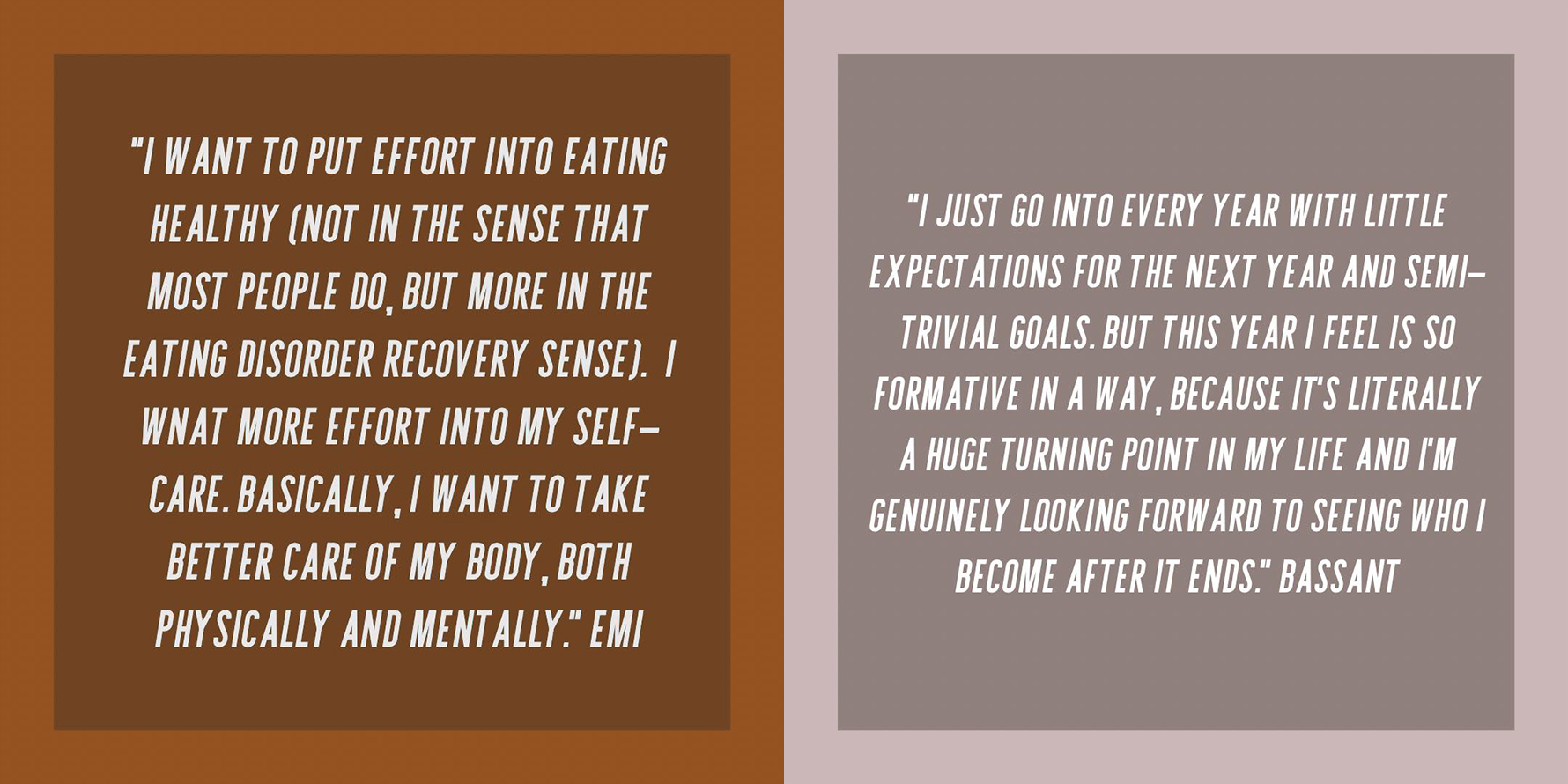 Thousands of years later, after having been forced to do so, we are all collectively pausing, slowing down, reflecting and taking a few steps back to perhaps go back to the way resolutions used to be done. Whether one chooses to call it a New Year’s resolution or not does not really matter, what matters is that reflecting on the past in order to figure out how to move forward in the best possible way is simply human nature. 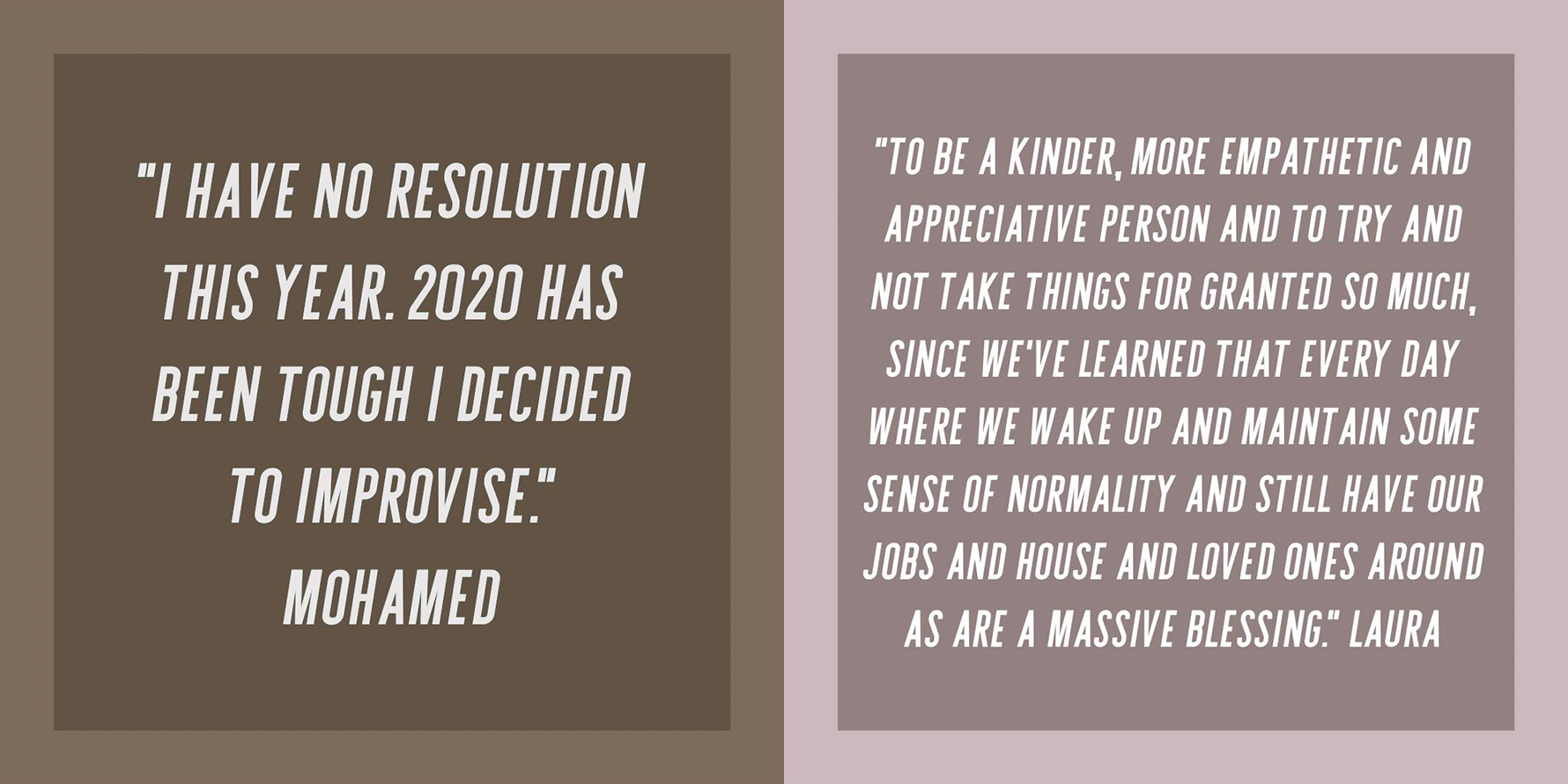 That being said, whether one believes in resolutions or not – whether the past year has either made a believers our of some of us or done the opposite – resolutions for the new year are ultimately each person’s own personal choice. One might find themselves at a time in their lives where they need these resolutions to move forwards, even if they have never believed in them, never followed them or may even decide they are pointless the year after – what matters is how they feel about it now, and why they feel as though they need them now.

If there’s anything that the past year has taught us, it’s that what matters is now.

Cities and Villages of the Past: Living as an Egyptian During Greco-Roman Times