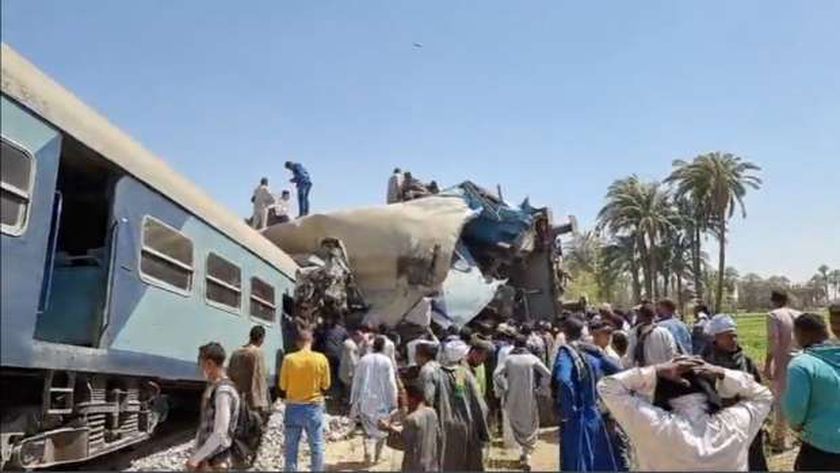 Editor’s note: this article was updated to reflect that the number of injured has risen from 92 to 108, according to the latest figures from Egypt’s Ministry of Health.

32 people were killed and 108 were injured in a railway collision that took place earlier today in the city of Sohag in Upper Egypt, according to a statement by the country’s Ministry of Health and Population, local media reports.

The crash resulted from the collision of passenger trains no. 157, which was headed from Sohag to Alexandria, and no. 2011, which was bound to Aswan from Cairo, according to Al Masry Al Youm.

Egypt’s Railway Authority issued a statement saying that the emergency brakes were triggered by unknown culprits. This caused one train to halt abruptly and the other to collide into it from behind, Reuters reports. The statement also added that a committee has been formed to determine the causes behind the collision and that efforts are underway to clear the crash for train traffic to resume, according to Al Arabiya. Shortly after, Egypt’s Public Prosecution announced that it would be investigating the causes of the crash.

Also commenting on the crash was Egyptian President Abdel Fattah Al Sisi, who issued a strongly-worded statement saying his administration was determined to bring an end to “such disasters” and that those responsible for the crash will be held accountable.

This comes after a number of heavily publicized train crashes in recent years, including a train derailment in 2018 that injured six people; a collision outside Alexandria in 2017 that killed 43 people and another one in 2016 near Cairo that claimed the lives of 51 passengers.

Egypt’s railway safety has suffered over the years, with its deadliest train accident taking place in 2002, killing over 300 people. According to The Guardian, the Egyptian government reported 1793 train accidents in 2017 alone.