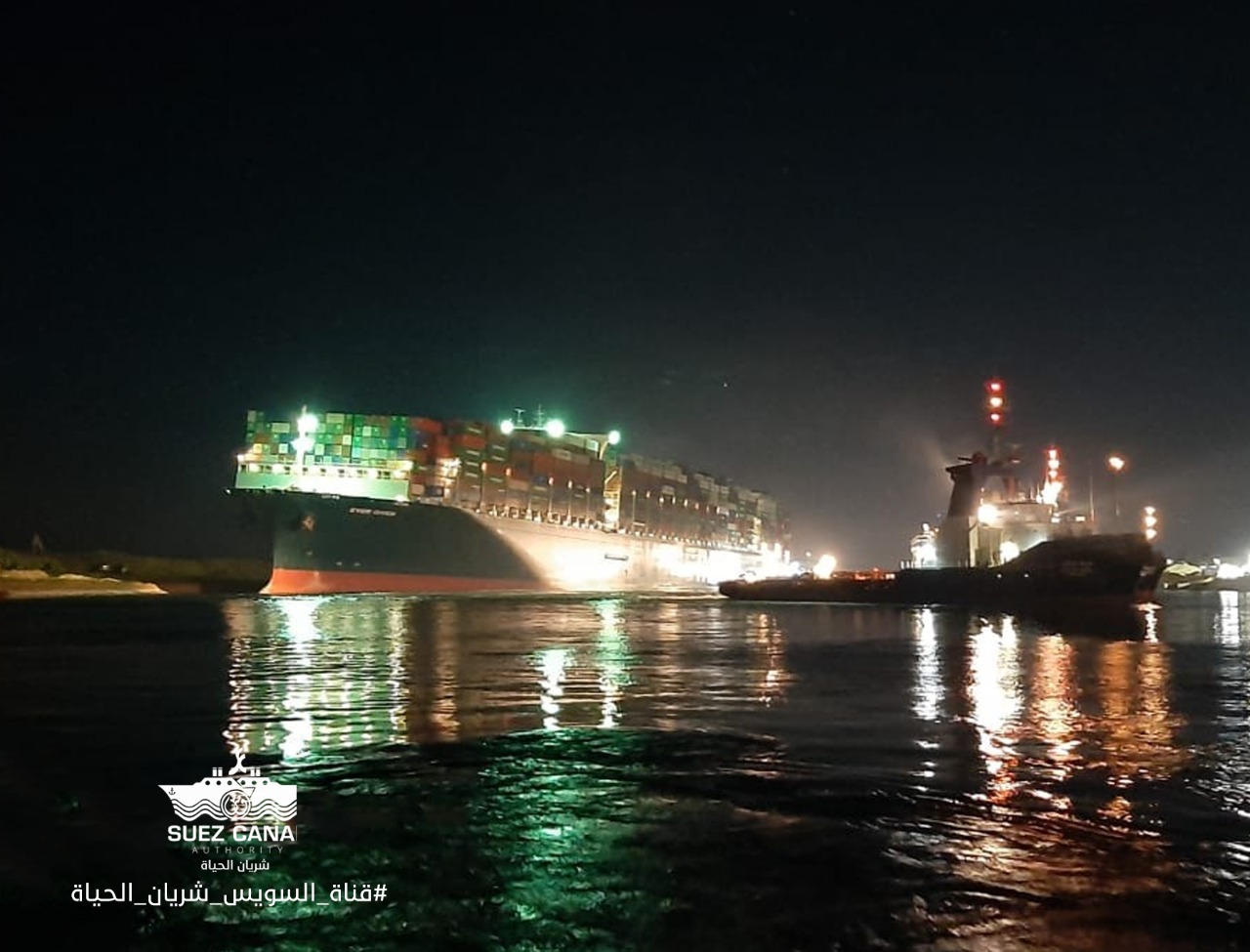 Ever Given, the 400-meter-long ship blocking Egypt’s Suez Canal, has been freed, reports local Egyptian media.

Just before sunrise local time on Monday, the Suez Canal Authority had announced fresh attempts to re-float Ever Given using 10 large tug boats.

Video posted on social media showed the ship being moved by the tug boats, opening up space in the Suez Canal for the first time in nearly a week.

In a statement, the Suez Canal Authority said that the stern of the ship had been moved away from the shore by 102 metres, compared to four metres when the ship was stuck. The Authority added that efforts would continue to further reposition the Ever Given ship before it is inspected by authorities. The Suez Canal would then re-open to other ships.

The successful re-floating came as a surprise to many, as on Sunday night the Suez Canal Authority had announced preparations to remove some of the 20,000 containers on the ship to lighten the load.

The Suez Canal is one of the world’s most important waterways. The existence of man made canals connecting the Mediterranean Sea to the Red Sea can be traced back to 1310 BC, but construction of the modern canal was completed in 1869. Nowadays, the canal oversees around eight percent of global maritime trade annually, and tolls paid by passing vessels are a vital income source for the Egyptian government.

The Ever Given’s blocking of the Suez Canal had not only become a worldwide economic concern, but also an internet sensation, with many internet users closely following every move of the ship’s rescue operation.

Though strong winds were initially blamed for the incident, the Suez Canal Authority said on Sunday 28 March that it was also investigating human error as a cause.

Egyptian Swimmer Farida Osman Qualifies for the Tokyo Olympics
In Photos: The Greek Cultural Centre in Cairo Gives Insight into the History of Egypt’s Greek Community

In Photos: The Greek Cultural Centre in Cairo Gives Insight into the History of Egypt’s Greek Community
Egyptian Swimmer Farida Osman Qualifies for the Tokyo Olympics