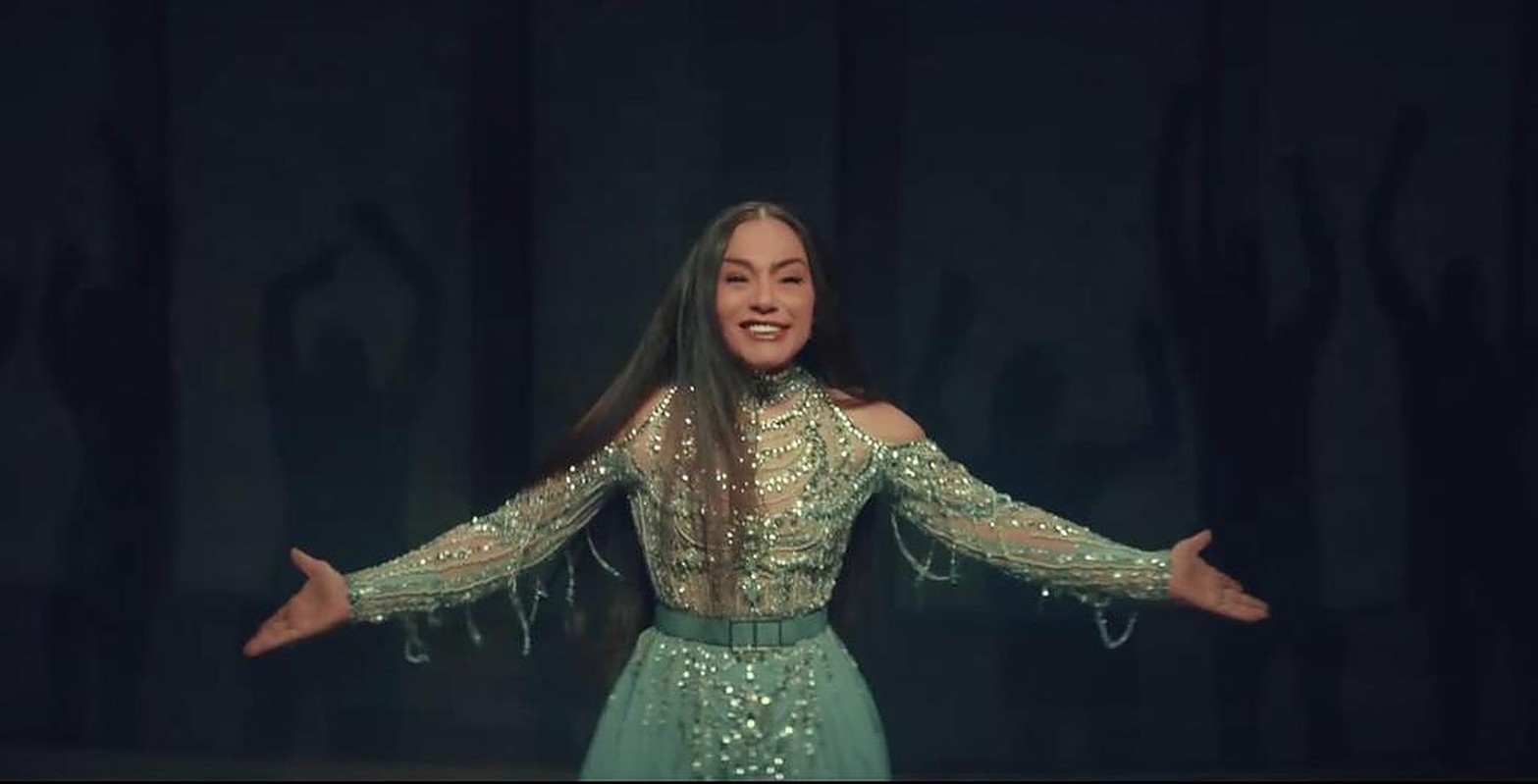 Popular Egyptian actress Sherihan brought a taste of nostalgia with her new Vodafone Ramadan advertisement, which quickly became a successful hit among Egyptians through their reactions on social media.

The advertisement depicts her life journey on her famous Ramadan Fawazeer show, which began in 1985 and continues to be remembered as one of the most iconic shows ever aired during Ramadan. After huge successes, the advertisement portrays how the famed actress was able to overcome her tragic car accident followed by years of struggle with cancer.

The Ramadan show originally began with iconic Egyptian actress Nelly from 1975 to 1981, yet rose to popularity with Sherihan in 1985 starring in three of the most popular series, including Fawazeer Ramadan (Riddles of Ramadan) which was directed by Fahmy Abdel Hameed.

Each episode centered around a riddle that was acted out by Sherihan with iconic dances and dresses, beginning with her famous ‘Alf Leila w Leila’ (One Thousand and One Nights) episode that was first aired back in 1985.

“Sherihan …the embodiment of joy in our memories, of our sweet old days, and of finding strength after challenges. We all love you. This brings back the old days of Ramadan or even a small glance of it. Thank you @Sherihan,” Egyptian TV presenter Lamis Elhadidy shared on Twitter.

Sherihan previously starred in various TV shows, such as “Hagat wa Mehtagat” (Things and Needs), and is known for her roles in plays including “Sokk Ala Banatak” and “Alashan Khater Oyounak.”

In Photos: Egypt's Ramadan in Decades Past
In Photos: Dive Into Africa's Wonders and Stories

In Photos: Dive Into Africa’s Wonders and Stories
In Photos: Egypt’s Ramadan in Decades Past