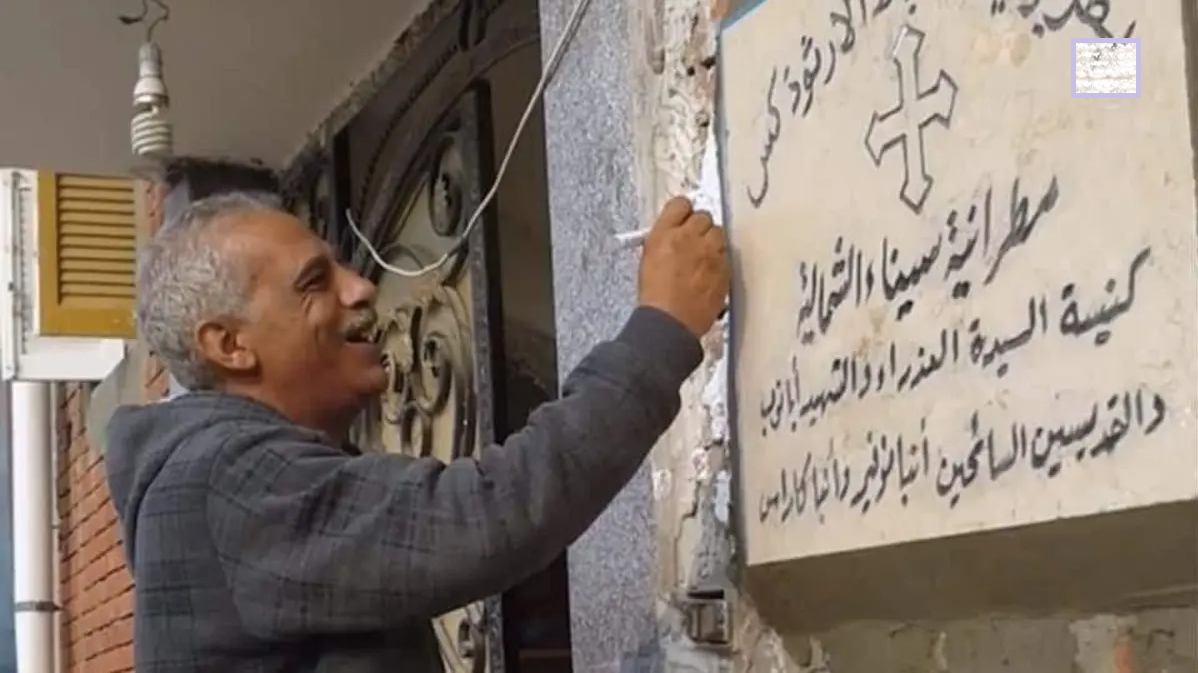 The Coptic Orthodox Church released a statement on Sunday mourning 62-year-old Nabil El-Habashy who was captured and killed by ISIS in Egypt’s North Sinai region.

On Sunday morning, news spread on social media that El-Habashy had been killed after having been captured nearly five months ago in restive city of Bir El-Abd. El-Habashy’s daughter shared the news, along with video footage released by ISIS that showed his killing by the terrorist organization, before it was later confirmed by Egyptian authorities.

In its statement on Sunday evening, the Coptic Orthodox Church hailed El-Habashy as a “martyr of the Church and the State”, adding that he “adhered to his religion until his death”. Social media users across Egypt have also been mourning El-Habashy, with many calling him a “hero” and a “role model”.

The video posted by ISIS, which Egyptian Streets has chosen not to share, showed El-Habashy’s capture and killing by ISIS members. In the video, El-Habashy says he had helped build the Church of the Virgin Mary in Bir El-Abd and that the Church had been cooperating with the Egyptian Armed Forces and intelligence services to combat terrorism in the region.

The Coptic Orthodox Church meanwhile stressed in its statement its continued support and faith in the Egyptian Armed Forces, particularly in “countering hateful terrorist acts”.

Bir El-Abd has witnessed a number of terrorist attacks and military operations in recent years. In 2017, more than 300 people were killed after ISIS-aligned terrorists stormed Al-Rawda Mosque during Friday prayers in what became the deadliest terrorist attack in Egypt’s recent history.