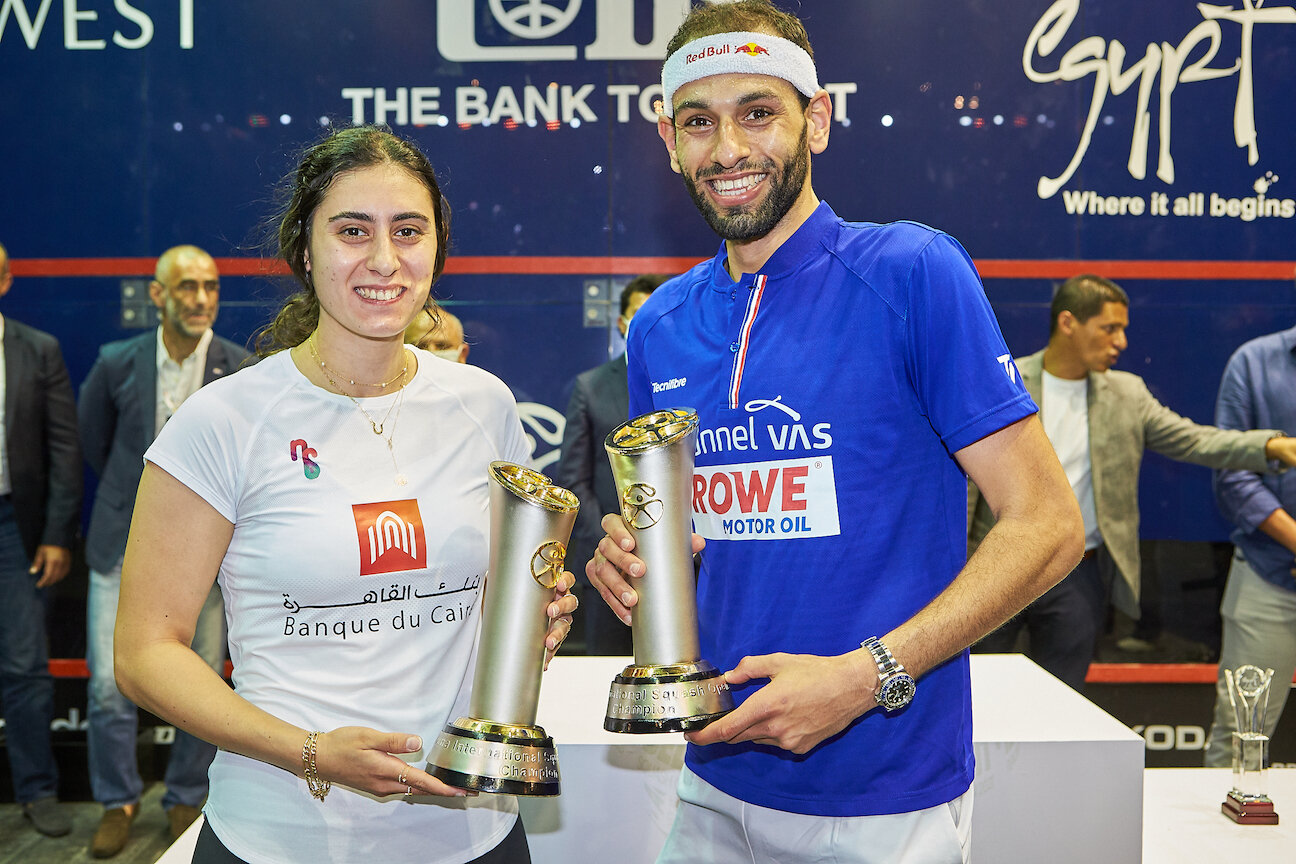 Egypt’s top champions Mohamed ElShorbagy and Nour El Sherbini are the 2021 El Gouna International Squash Open champions, after they overcame World No.4 Paul Coll and World No.2 Nouran Gohar to win the PSA World Tour Platinum event, which was held at the El Gouna Conference and Culture Center for the first time.

ElShorbagy has won his second El Gouna International trophy from the World No.2 saw him outclass New Zealand’s Coll 11-5, 11-2, 11-7 in 47 minutes – a win which sees him close the gap on current World No.1 Ali Farag.

It’s ElShorbagy’s 43rd title on the PSA Tour, and it puts him just one behind French veteran Gregory Gaultier, who currently sits fifth on the all-time winners list.

“To win my second title here means the world to me and to do it in front of my parents, this means so much for me. I’m here today because of them and I would have never dreamed of achieving everything I have in my career if you didn’t take me to every training session. My parents have done everything so thank you both for everything.” 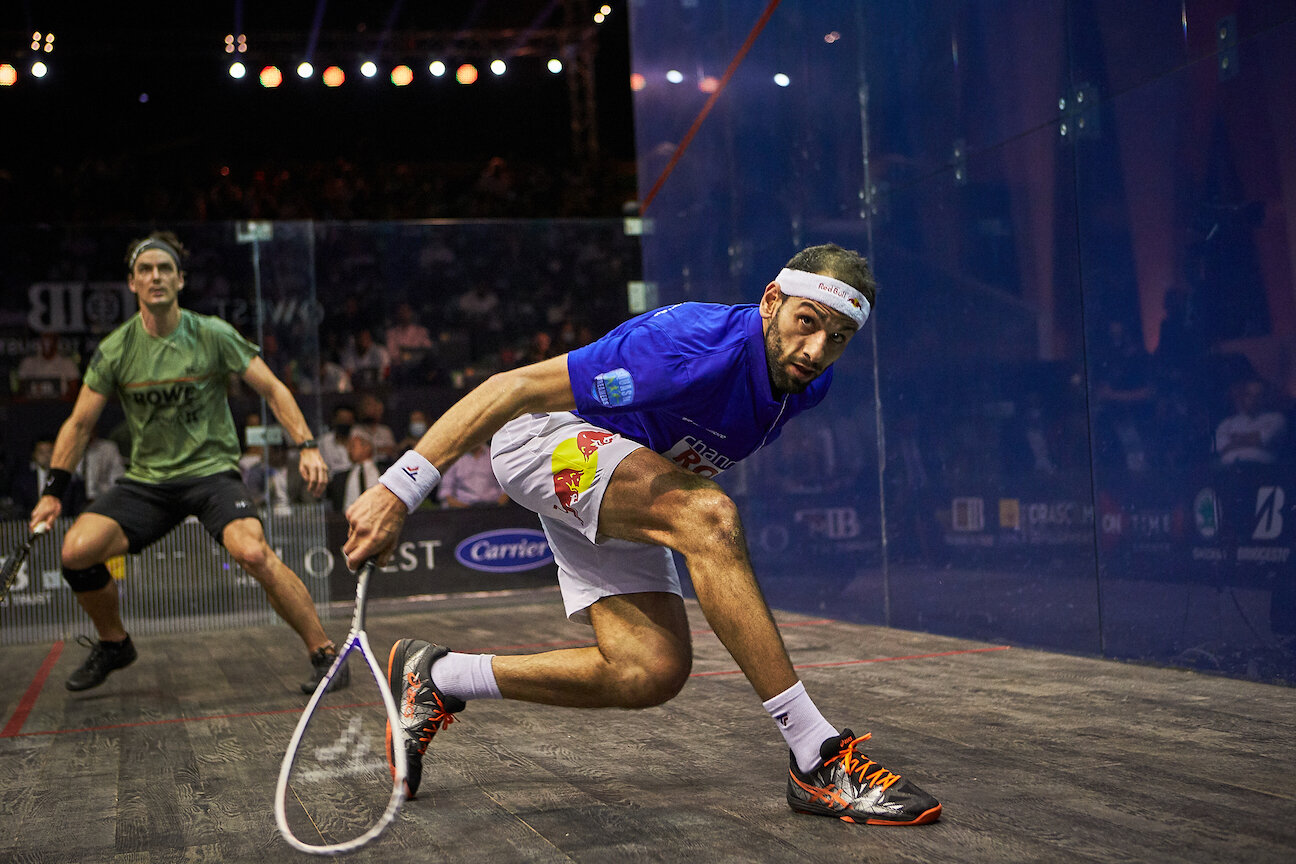 Meanwhile, El Sherbini has won her 24th PSA Tour title which puts her level with the legendary Raneem El Welily, meaning they are the most successful Egyptian women of all time.

El Sherbini, the World No.1, has lifted her first El Gouna International trophy after beating Gohar 11-7, 11-8, 11-5 in 38 minutes. This comes after previous wins at the CIB Egyptian Open and CIB PSA Black Ball Squash Open.

“I’ve been playing Nouran for a long time now and at a Platinum event as the No.1 and No.2 it was going to be a tough match,” said El Sherbini.

“She has been playing well the whole tournament and we’re two different styles, so I tried to bring my game more than her game and that was my plan today. 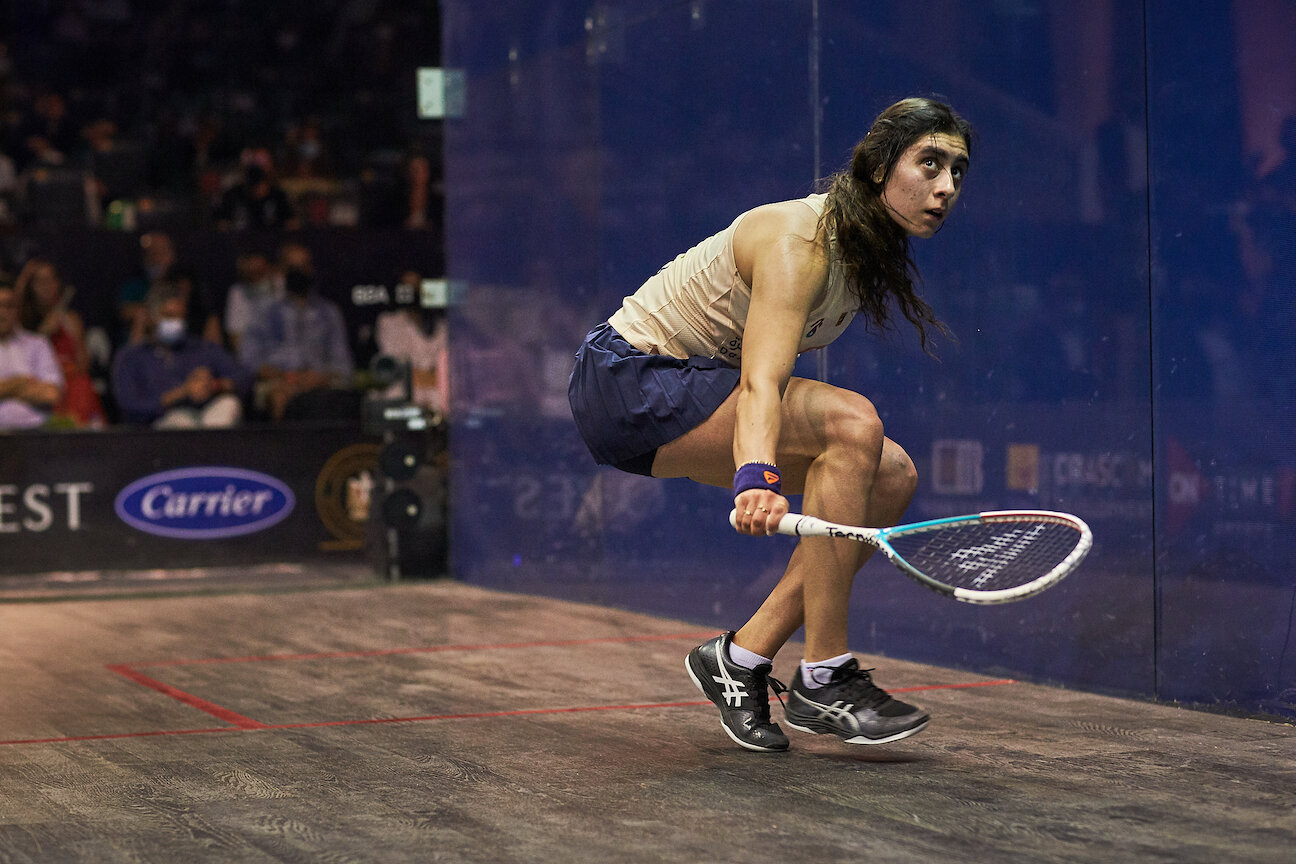 “She is the World No.2, so I always have to be ready. Every point she is fighting and never gives up, so I was making sure I won every point and not give up. I had to bring my ‘A’ game and I’m glad it was working today.”

As of late 2020, Nour El Sherbini ranked first of PSA Women’s World Rankings for the first time since November 2018, following her final victory over previous #1 Nouran Gohar at the CIB Egyptian Open in front of the Great Pyramid of Giza. This makes El Sherbini, with 32 months spent at the top of the rankings, the fifth-longest reigning World #1 in the history of the women’s game.