Egypt’s Ministry of Emigration and Expatriate Affairs announced on Monday, 13 September, that it had launched an online fundraising platform for collecting donations from Egyptian expatriates in the US and Canada for Haya Karima (Decent Life) project to develop lift over 50 million citizens in rural areas from poverty.

Donations from the Egyptian community in the US or Canada can now be made online through the website (https://hayakarimausa.com), which can be donated directly online via credit cards or by mailing cheques using a postal service.

This was made during a Zoom meeting with Laila Pence, co-founder of Pence Wealth Management, and among the top wealth advisors in the US, as well as with representatives of the Decent Life Foundation.

What is Haya Karima?

The initiative aims to provide decent housing, water and sanitation, medical and educational services, support small and medium businesses, and provide in-kind support periodically for struggling families. Al-Sisi added that the project aims to raise the standards of living of 58 million Egyptians in more than 4,000 villages over three years at a cost of more than EGP 700 billion (about $44.6 billion).

In January 2019, the first phase was launched targeting 1,000 villages across Egypt. By January 2021, the government increased the number of targeted villages to more than 4,000, representing 58% of the Egyptian population.

The initiative also aims to develop key infrastructure in the poorest villages, such as developing bridges, establish 1,388 roads and build 162 new youth centers.

Egypt has suffered from a rising poverty rate over the years, with 32.5 percent of Egyptian citizens reported to be living below the poverty line in 2019, which is a 4.7 percent increase from 2015, according to the Central Agency for Public Mobilization and Statistics (CAPMAS). 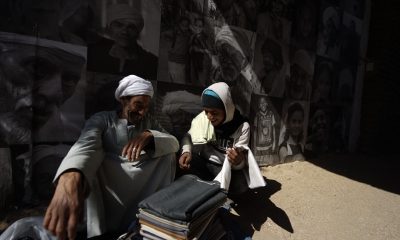 Cafes and Restaurants to Close at 12 AM, Capacity Rate to Increase by 50 Percent