The film, which will be released on the global streaming giant on 20 January 2022, is directed by Wissam Smayra and stars Mona Zaki, Nadine Labaki, Eyad Nassar, Georges Khabbaz, Adel Karam, Fouad Yammine and Diamand Abou Abboud.

According to Netflix, the film is inspired by the 2016 Italian film by Paolo Genovese of the same title, and “tells the story of seven close friends who get together for dinner and decide to play a game that involves them placing their cell phones on the dinner table, and agreeing to openly share every call, text and voice message as it comes.” 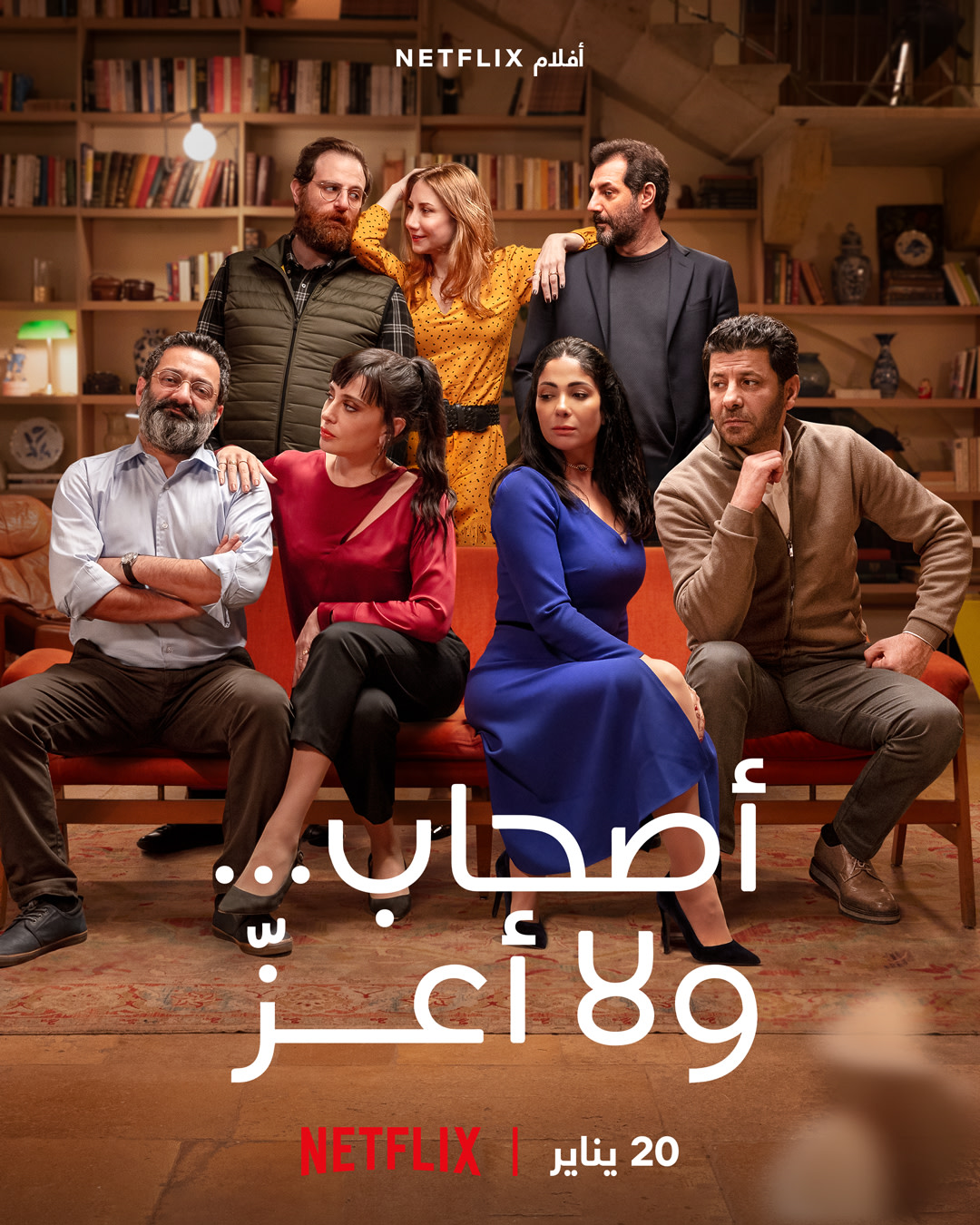 “What starts out as fun, quickly unfolds into an uncharted path of untold secrets that reveals more than what they wish to share,” explains Netflix in a press release.

The Italian “Perfect Strangers” holds the Guinness World Record for the most remade film in cinema history, with a total of 18 versions of the film in various languages including French, Turkish, Greek, Spanish, Japanese, Vietnamese, Dutch, Israeli and more.

Prior to As7ab Wala A3az, Netflix’s original Arabic content had been limited to television shows such as Al-Rawabi School for Girls (Jordan), Paranormal (Egypt), Abla Fahita (Egypt), and Jinn (Jordan).