The Sky’s the Limit: Egypt’s Skyscrapers, Present and Future

Built with impeccable structures and cutting-edge designs, skyscrapers tell stories of ambition and innovation. By definition, a skyscraper is a building of exceptional height and many storeys that are supported by a framework. Downtown Cairo’s Immobilia Building, built in 1940, was Cairo’s tallest building at the time of its construction. In 1954, Naoum Shebib, the structural engineer of the Cairo Tower, built Cairo’s first skyscraper in downtown Cairo’s Saha Street.

Since then, Cairo has been a city soaring with skyscrapers. 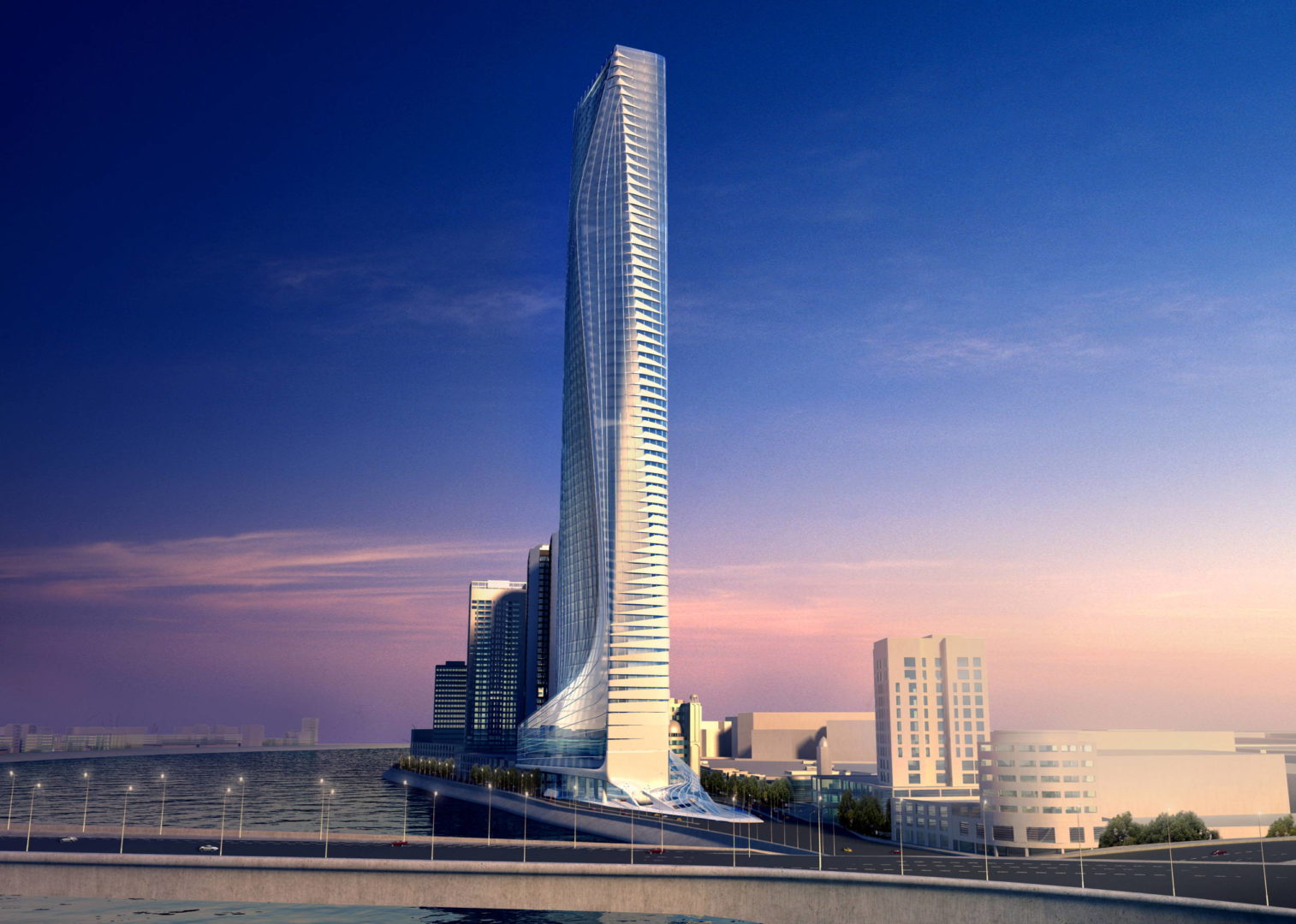 Set to be the tallest building in the African continent, the iconic tower is the biggest and most important project in the New Administrative Capital. The 77-floor concrete structure stands an impressive 393.8 meters in height. The construction of the building has been in construction since 2019 by Lebanese architectural firm, Dar Al-Handasah, and is set to be finalized by 2023. The New Administrative Capital will house a wide range of additional skyscrapers as well. 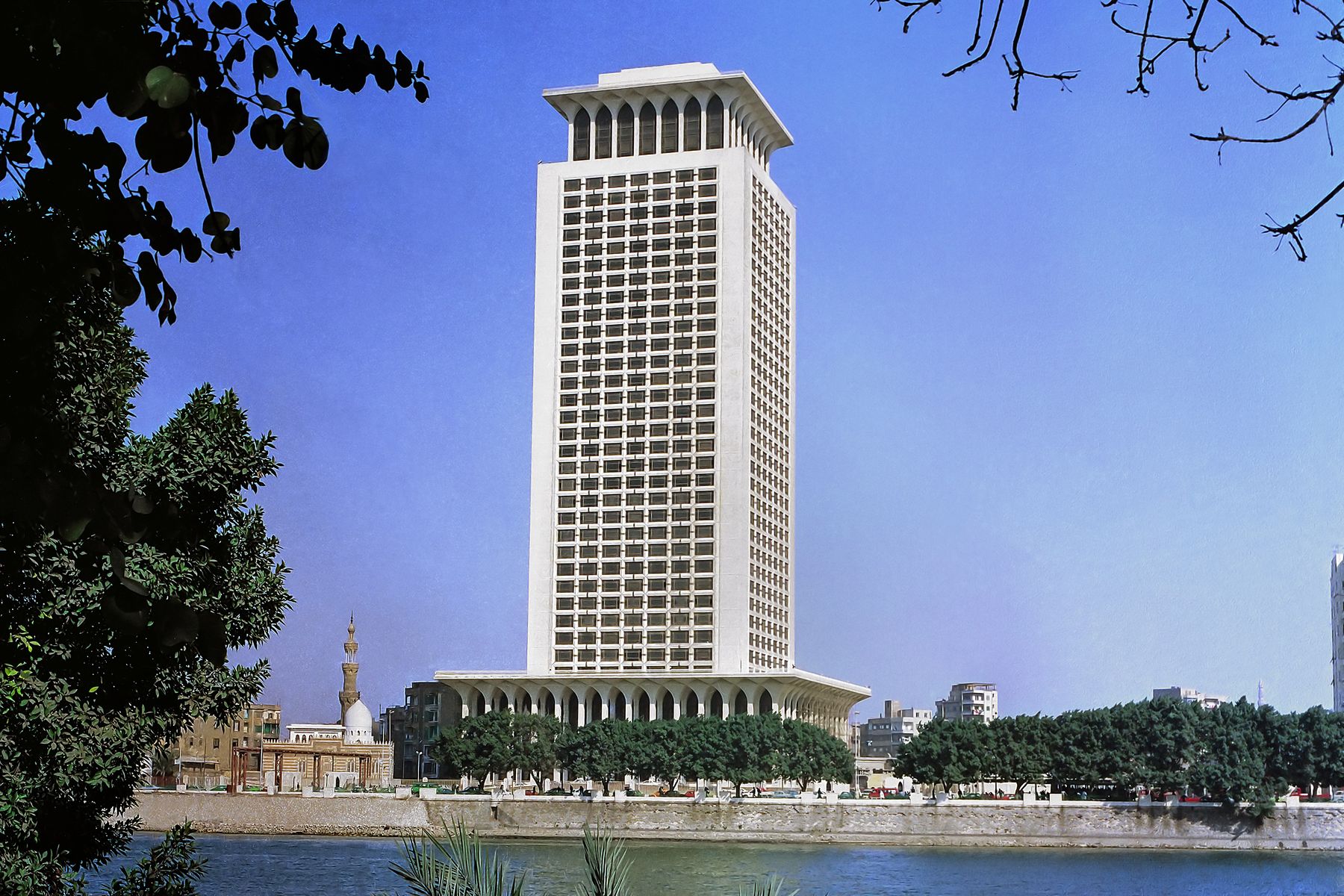 The Ministry of Foreign Affairs’ building is one of the most recognizable structures in Cairo. Completed in 1994, the 39 story building overlooking Corniche El Nile has a height of 143 meters. The Foreign Ministry has moved office more than once over the course of years. In the early 1950s, during the rule of former President Gamal Abdel-Nasser, the state approved the construction of the large structural building in the shape of a lotus flower. The headquarters of the ministry took over 40 years to be inaugurated by former President Hosni Mubarak. ACE Consulting Engineers carried out the complete structural design and the periodic construction supervision for this project.

Gezira Tower Movenpick Hotel stands as one of the most prominent buildings in Cairo. The 143 meters building was constructed in 1996, according to the Council on Tall Buildings and Urban Habitat. However, the 166 meters cylindrical building, according to the National News, has stood empty for the last 16 years. A subject of debate for the last years, the empty tower continues to stand at the heart of Hassan Sabry street in Zamalek.

Considered a postmodernist architectural structure, the formerly known as the Grand Hyatt building is a sight for sore eyes. Situated on the banks of the Nile, the building was constructed in 2002 as a 41-storey building, 142 meters in height. William B. Tabler is the brilliant American architect behind Cairo’s magnetic building.

Infused with luxurious hues, the iconic towers are a beloved staple of Cairo’s skyline. The 34 floored towers, which stand at a height of 142 meters, are home to various global companies, banks, embassies, and retail shops. The unparalleled view of the towers make a distinctive statement against Cairo’s skyline, day and night. This huge project is the stunning result of cooperation and the combined skills of talented teams from Atelier D’Art Urban, Shaker Consultancy Group, Dar Al Handasah Consultants, Hamza Associates, Orascom Engineering, Besix, and Orascom Construction Industries.

Sitting at a height of 140 meters, the 42 story buildings were constructed in 1987 for residential functions. The residential towers, specifically towers 13, 14, 15, 16, and 17 have become a cornerstone in Maadi.

NBE’s logo reflects the bank’s remarkable history of over one hundred years of leadership in the banking industry and evokes Ancient Egypt. The logo design is rooted in hieroglyphic symbolism: NBE is the house of wealth. It was developed in 1981 by Egyptian artist Abdel Salam El-Sherif, a prominent creator of Fine Arts.

The two buildings overlooking the Nile corniche were constructed in 2017. The main tower stands at a height of 135 meters with 37 floors above ground, while the second tower stands at a 131 meter height with 35 floors above ground. An emblem of modern architecture, the alluring design of the towers are designed by world-renowned architect, Michael Graves, who combined contemporary elegance with regional tradition.

The internationally remarkable hotel stands at a 127 meter building and is one of Cairo’s most beautiful architectural structures. At the heartbeat of Cairo, the modern building is enhanced by Art deco furnishings and contemporary Egyptian art. The brilliant designers are the WZMH Architects. Designed with sophistication and elegance, the hotel has a personal expression with its bold iconic exterior and strong skyline image.

The Bank Misr building is one of Cairo’s historical architectural structures. Constructed in 1985, the 29 story building towers to a height of 130 meter in height. It houses a number of corporate offices alongside the bank, and boasts a stunning view of the city below.

Saving the best for last, Cairo’s iconic sight, the Cairo Tower stands at a height of 187 meters. The tower, constructed in 1961, remains one of Egypt’s most prominent and touristic features. The tower is often on the receiving end of visitors who can also visit the restaurant. It was designed by the Egyptian architect Naoum Shebib, inspired by ancient Egyptian architecture. Its partially open lattice-work design is intended to evoke a pharaonic lotus plant, an iconic symbol of ancient Egypt.

In Photos: The Egyptian Ritual of Friday Morning Breakfasts
Pop Rock Band Maroon 5 to Perform in Cairo in May

Pop Rock Band Maroon 5 to Perform in Cairo in May
In Photos: The Egyptian Ritual of Friday Morning Breakfasts