The Cecil Hotel: Heritage by The Sea

Mona Abdou
The Cecil Hotel: Heritage by The Sea

There’s salt on the brow and upper lip when one enters Alexandria’s Cecil Hotel. It’s the 1940s, jazz is swinging in the lobby, chandeliers hang low enough to warm the collar, and the smell of freshly baked bread brings with it the overpowering undertones of lemon and whiskey. Fame and fortune are common guests here, so are some of the world’s most recognizable names.

Political adversaries debate in the dining rooms, Umm Kalthoum retires in her sea-view suite, and King Farouk plays a fine hand of poker in the banquet hall.

This was the essence of the Cecil.

Built in 1929 by the French-Egyptian Metzger family, it was designed to be romantic—a place of elegance and delicate detailing, Genovese corner crowns and thick satin drapes. Sitting right on the Alexandrian corniche, with a wide view of the Mediterranean, the Cecil Hotel occupies Saad Zaghloul square, where Cleopatra’s Needle was once on display.

Winston Churchill was a regular at the Cecil, ordered his drinks on the rocks and his bread warm. The British Secret Service had a permanent suite from which they ordered their operations. For decades, it was home to espionage and dance, a mantelpiece of the era. Absurdly, and perhaps questionably, Al Capone himself stayed at the Cecil for an undisclosed amount of time.

The hotel also appears in many novels, from Lawrence Durell’s Alexandria Quartet to Miramar by Naguib Mahfuouz. 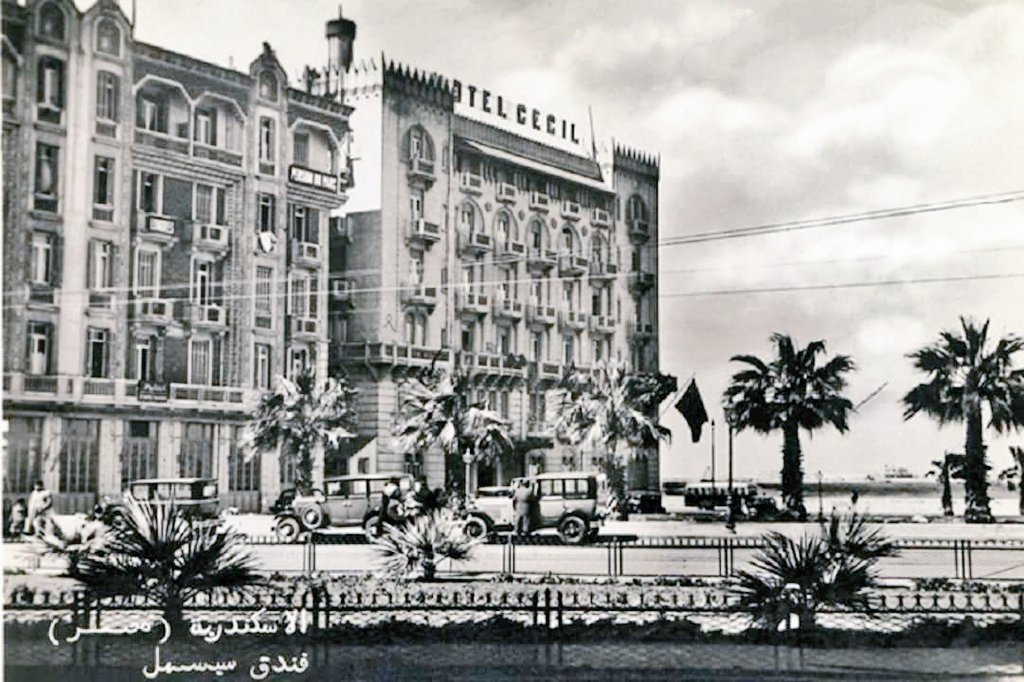 It was only in 1952, with the advent of the Egyptian coup d’état turned revolution, that the government seized control of the Cecil Hotel; five years later, the Metzeger family were among the jewish community who were expelled from Egypt during the onset of the Arab-Israeli conflict. Come 2007, the Metzger family was able to successfully regain ownership of the hotel after an exhausting court battle.

It wasn’t long after that they sold it back to the government for a price tag worthy of its legacy.

Today, it is the five-star Steigenberger hotel. Although the era of bouncing skirts and belting choruses no longer saturates, the soul of the Cecil is certainly an unmissable, unforgettable, and inerasable part of the location.

Eastern Winds of Change: A Guide to Egyptian-Chinese Relations
In Photos: The Egyptian Ritual of Friday Morning Breakfasts

In Photos: The Egyptian Ritual of Friday Morning Breakfasts
Eastern Winds of Change: A Guide to Egyptian-Chinese Relations