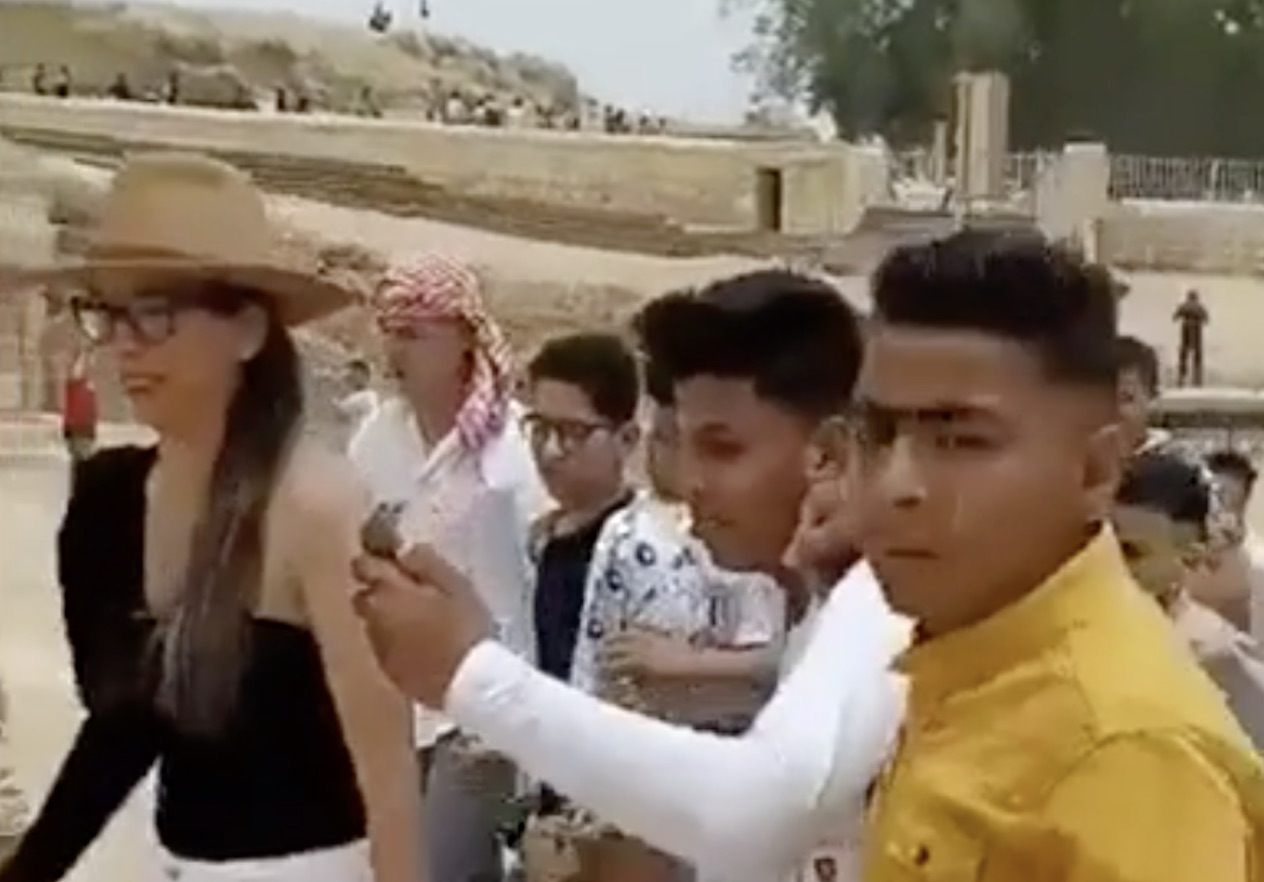 Egyptian security forces arrested 13 boys on 7 May after a video of them harassing tourists by the Giza Pyramids during Eid al-Fitr circulated on social media.

The video showed the boys, aged between 13 and 15 harassing tourists. It went viral, prompting outrage, with social media users calling for authorities to take action and hold them accountable.

The arrests took place after Egyptian security forces launched an investigation to find and arrest the assailants.

Upon social media circulation, Egypt’s Ministry of Tourism and Antiquities posted a link to a news report on their Facebook page, indicating that the incident was under police investigation.