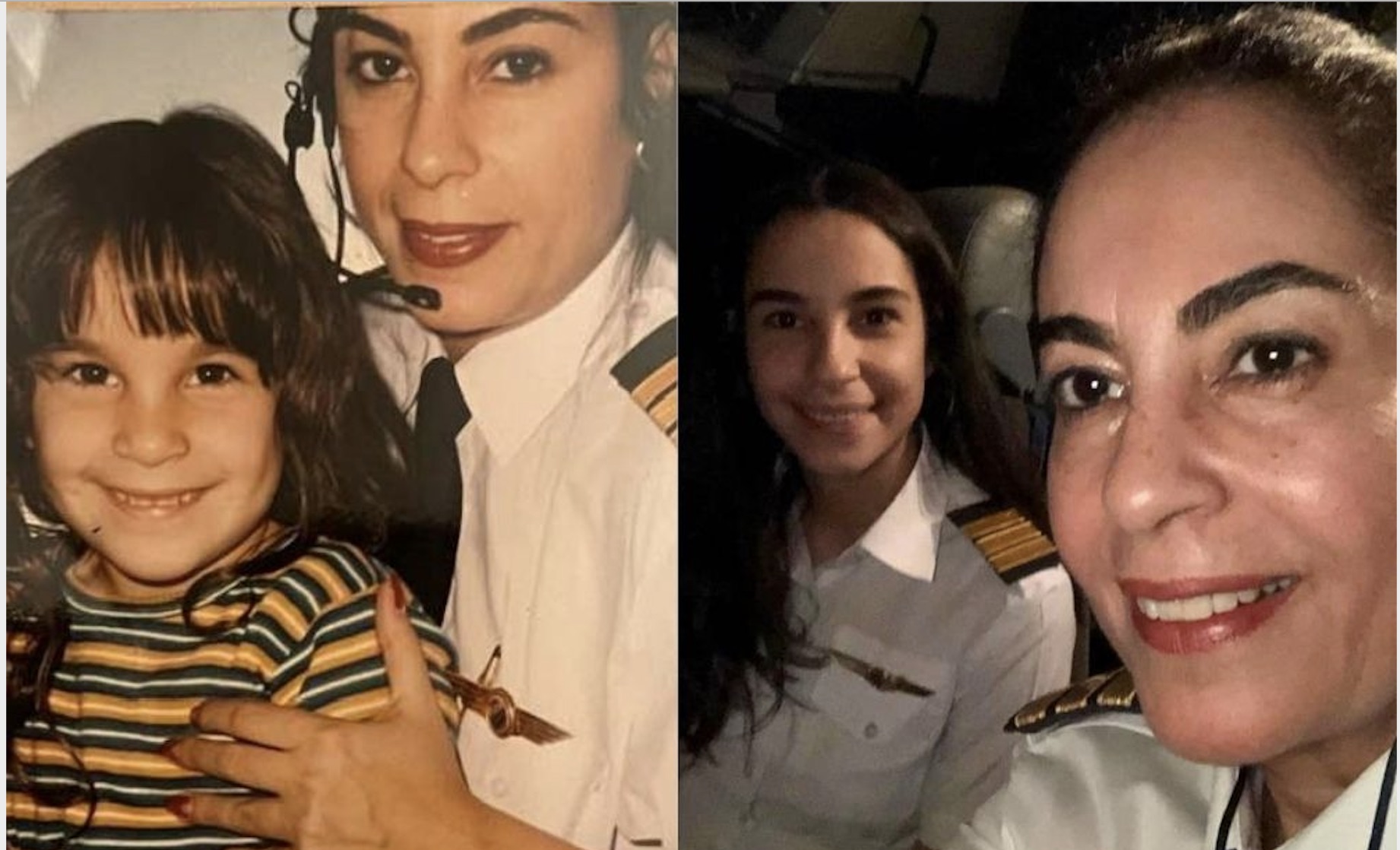 The two pilots are to become the third mother and daughter in the world to work on the same flight, set to be the EgyptAir Airbus A330.

In 2017, Captain Nevin became the first Arab woman in the world to command the largest commercial aircraft, the Emirates Airline Airbus A380. 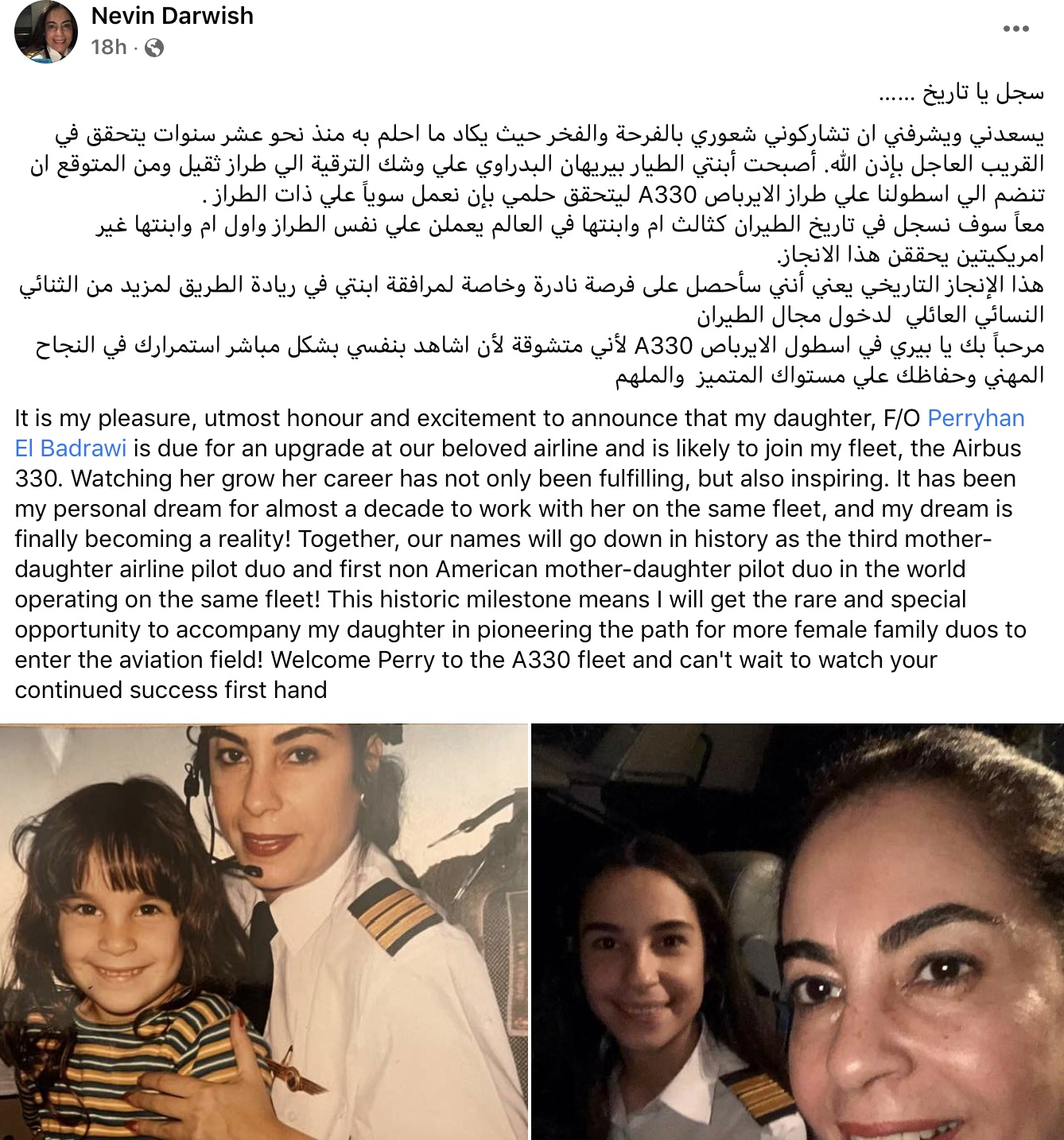 “This historic milestone means I will get the rare and special opportunity to accompany my daughter in pioneering the path for more female duos to enter the aviation field,” wrote Captain Nevin in a post on her Facebook account.