Less Antinal: Hacking the Egyptian Diet, and Improving the Gut 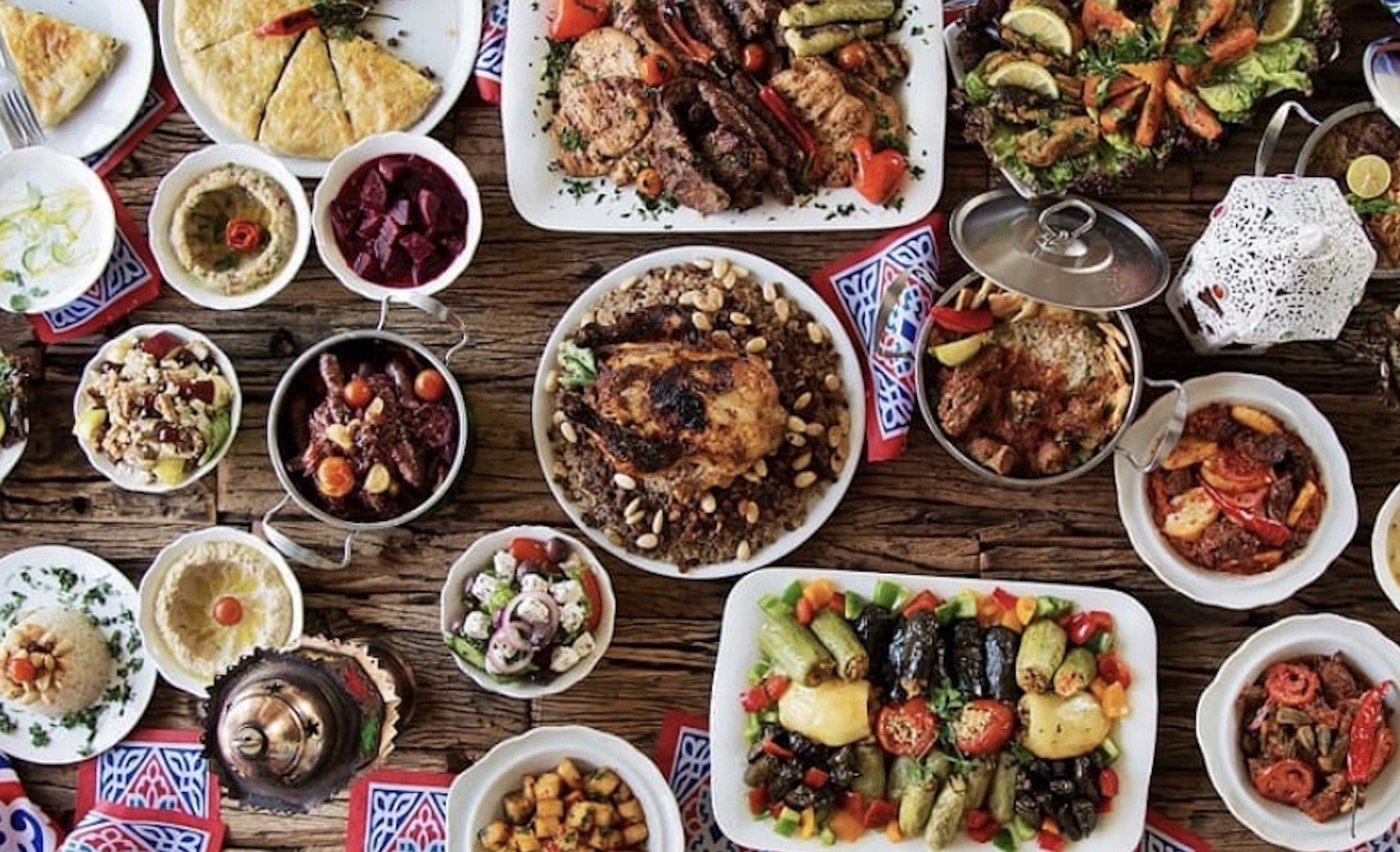 The Egyptian diet consists of complex industrial products, mainly found in the fried, fatty, and refined sugar foods consumed in most Egyptian kitchens. Chicken Pane (Fried Breaded Chicken), Macarona Bechamel (Egyptian Baked Pasta) are a table’s favorite, but are some of the examples of the trigger foods that cause gut problems.

Egyptians harbor a predilection for street food: kebda (liver) sandwiches eaten from street carts to sushi bikes standing for hours in Cairo’s sweltering heat. It isn’t thus uncommon to develop gut-related problems, which are comorbid with an array of other diseases.

To the surprise of many, immune systems, mental health, and overall well-being are all related to gut health.

Many may have heard the term “gut health” before, as it has been strongly advocated for by nutritionists and doctors such as Erika Ebbel Angle and Michael D. Gershon, but what does it really mean to have a ‘good’ gut?

In simple terms, having a healthy gut means having the right balance of good gut bacteria and other microbes in one’s gastrointestinal tract, which includes the stomach, small intestine, and colon.

“The problem in Egypt lies in the fact that conventional medicine does not always relate the unhealthy gut to the overriding problems in one’s body. If you complain of a migraine, a conventional doctor is most likely going to prescribe a painkiller, but few people in Egypt understand that the problem is most probably stemming from gut issues,” explains Sherine Embaby, Clinical Nutritionist Specialist at BLOOM Diet Clinics.

Embaby notes that most of the cases that they encounter at the clinic suffer from autoimmune diseases, diabetes, and chronic stress, and IBS, and few understand the relationship that most of the issues are not solved with over-the-counter medications.

“Gut health depends on many factors, one of them is the gut microbiome,” explains Dr. Sherry Nabil, Professor at Kasr Al Ainy Medical School and Founder of BLOOM Diet Clinics to Egyptian Streets.

“The microbiome, in general, consists of trillions of different species inside our bodies, including bacteria, viruses, and fungi. The balance between good and bacteria is essential, because while some bacteria are associated with diseases, other bacteria are extremely important for a ‘good’ gut’ because they help in food digestion, and as a result produce factors that we as humans need to function, neurologically as well as physically.”

The unhealthy – or leaky – gut, allows large cracks or holes in the gut lining, which allows partially digested food and toxins to penetrate the tissues beneath it. Hence, this triggers inflammation and changes within the normal bacteria, often leading to problems with the digestive tract and beyond.

An imbalance in gut bacteria in one’s body can also result in psychological symptoms such as brain fog and irritability. The gut directly communicates with the brain, and it can influence many factors that help one’s overall health and wellbeing.

“There’s a reason that your gut is called your second brain. There is a lot of crosstalk between your gut and your brain through the nerve that connects them […] organisms that like to feed off sugar can communicate to your brain to eat more sugar. And sometimes this communication can override logic,” explains Lori Chang, associate director of Clinical Nutrition to the MD Anderson Center

The signs, symptoms, and what to do about it

Upset stomachs or stomach disturbances are one of the most common factors of an unhealthy gut, which include factors such as gas, constipation, bloating, diarrhea, and heartburn. When a person has a balanced gut, the stomach will have less difficulty in breaking down nutrients, digesting the food, and eliminating waste.

If a diet consists of highly processed foods and added sugars, the ‘good’ bacteria is ultimately decreased in the gut, which can lead to inflammation throughout the body.

Healthy bacteria already exists in the gut, however, it all depends on how a person controls and creates the environment for it to grow. To support the good bacteria inside the body, a healthier lifestyle must be adopted, and that starts with small diet changes.

Changes like opting for a plant-based diet that includes fermented foods and fiber; fermented foods such as yogurt, contain healthy bacteria, mainly Lactobacilli, and can reduce the amount of disease-causing species in the gut. Sweet potatoes, spinach, beetroot, broccoli, and many other vegetables, are naturally gut-enhancing fiber foods. Increasing probiotics, which are live bacteria, in one’s lifestyle can also help with gut health. Removing inflammatory foods, alcohol, certain medications, and foods that cause allergies or sensitivities are also some of the factors.

It is also recommended that certain foods found in most Egyptian households, such as gluten-containing grains, dairy products such as regular milks and cheese, as well sauces and artificial sweeteners, are avoided.

While taking care of what a person puts in their body is crucial for a healthy gut, taking care of their mental health and managing stress levels are also important in supporting a healthy gut. Exercising, having adequate sleeping habits, and practicing mindfulness also play a role in quelling inflammation and helping bring more balance to the gut flora. As Embaby explains, the problem and the cause start and end with the gut, which is why it is crucial to ensure that its appropriately maintained.