REVIEW: ‘Between Two Seas’ as a Theatre of Realism

Mona Abdou
REVIEW: ‘Between Two Seas’ as a Theatre of Realism
A child rests her head against her father’s reassurances; the nurse takes a scalpel to her body, between her thighs, and it kills her. Bein Bahrain (‘Between Two Seas’, 2019) is a raw, unforgiving tale set in rural Egypt—one which refuses to stray from the gory, gritty realities of illiteracy and violence against women.

From its trembling camera work, desaturated palette, and the eyes of its broken women, this is not a story of victory—it is a gospel of redemption. Bein Bahrain takes place in a small Nile isle off the banks of Cairo, tracing the shadows of three families as they coast their own domesticated tragedies: a woman abused by her deadbeat husband, a mother who loses her daughter to female genital mutilation, and a young doctor who cannot find peace or respect within her community.

Director Anas Tolba paints portraits of women who compel and enrage, ones who inspire and dishearten. For all their flaws and the tribulations of their lives, these women are a study in conservatism, heartbreak, and poverty. Bein Bahrain is not a film meant to entertain, but rather it is designed to educate those who are unaware, and shock those who fancied themselves knowledgeable. 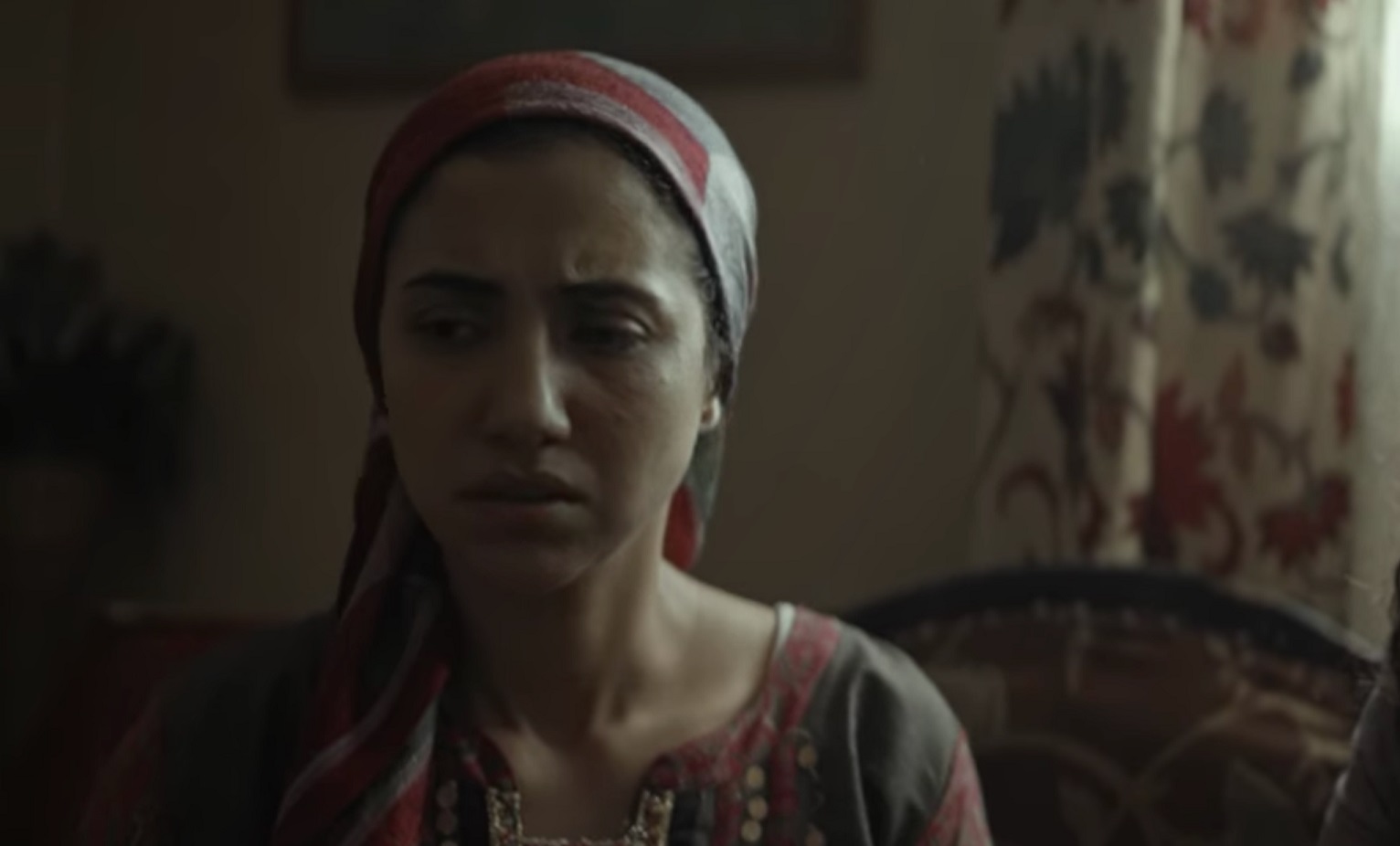 Zahra, the protagonist of this feature, is a mother of two with dreams of attaining her high-school diploma. Her daughters are bright-eyed and intelligent, with the eldest Shahd being a “sweet-talker” doctor-to-be. Shahd is the apple of her grandmother’s eye, the one individual who livens dull moods and softens sharp conversations.

Shahd’s aspirations are dealt a furious, unexpected blow when she is subject to female genital mutilation (FGM), at the request of her grandmother and father. Unbeknownst to Zahra—who’s asked to run a fool’s errand, as a distraction—Shahd undergoes the surgery which ultimately takes her life. By the time Zahra returns, she is met with the mourning of her hara (alleyway) and the body of her daughter.

She begs reality to undo itself.

FGM is a “violent practice that includes all procedures of partial or total removal of the external female genitalia.” UNICEF estimates that more than seven million girls in Egypt are at risk of undergoing this illegal surgery between 2015 and 2030. Not only is this a fundamental violation of human rights, but serves no medical justification; in fact, it is a cause of “serious long-term psychological and health complications [which are] irreversible.”

While increasingly condemned, FGM remains widespread throughout North and East Africa. According to the national 2014 Demographic and Health Survey, around 92 percent of Egyptian married women between the ages of 15 and 49 have undergone FGM. While criminalized in Egypt, the practice still takes place today and continues to be a hindrance to women’s health and wellbeing.

Despite its lack of benefit, FMG is part of a wider narrative of female sexuality and freedom. It is described as “part of the social fabric” upheld by the majority of disenfranchised communities. Also known as female circumcision, the practice is often part of a patriarchal desire to “preven[t] adultery” by limiting a woman’s sexual stimulus. Religion is often cited as a driving force, however prime Islamic authorities in Egypt, including Al-Azhar, continue to condemn FGM, supporting a strengthening of penalties for those who partake in the practice.

The film frames FGM as a fatal, irreparable mistake that Zahra’s family lives to regret. The color drains from Bein Bahrain soon after Shahd’s passing. The art direction takes a steep dip from fairy, mahragan lights to deep shadows and emotionally-charged interactions. Between Tolba’s vision of tragedy and writer Mariam Naoum’s equally haunting characters, the viewer is not meant to sympathize with Zahra, but mourn alongside her. 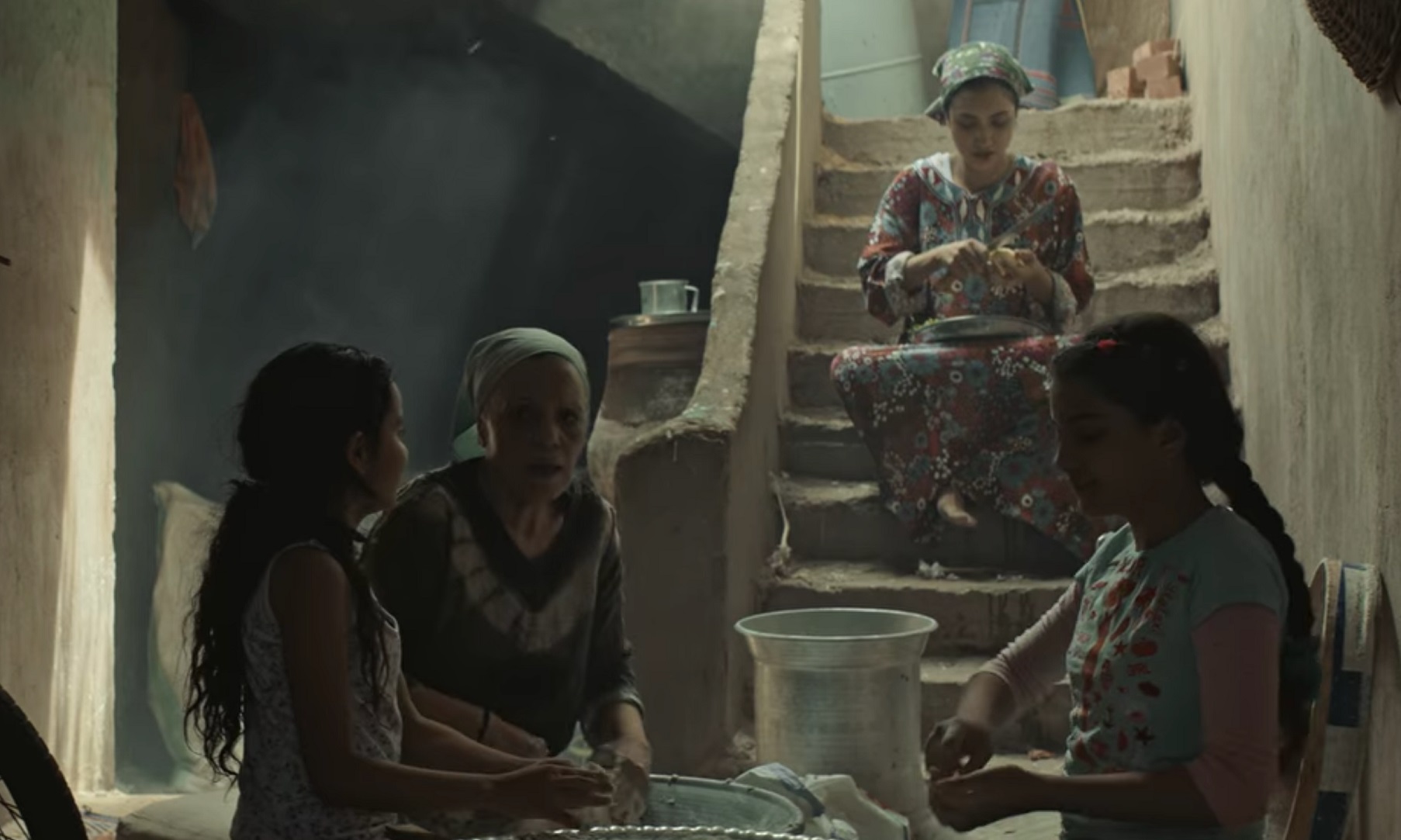 Furious and unforgiving, she seeks justice for her daughter legally—and emotionally, by way of guilting her family, leaving home, and mourning in the arms of her doctor-friend, Amal.

“Once you give me my daughter back, the one you took from me,” she seethes at Shahd’s father, Hassan, when he asks her to return home with him. “I will go with you.”

The viewer is encouraged to mourn more than the loss of a young life, but rather that of a tragic truth that many live daily: illiteracy, FGM, and unprompted violence against women. Bein Bahrain is keen to show the aftershocks of this tragedy as regret, not collateral: Shahd’s father, Hassan, is consumed with guilt and loses himself in the process.

“She died,” Hassan says to Zahra, eyes pulled with emotion as the film draws to a leisurely, unsatisfying close, “because she trusted me.”

On Women and Literacy

Despite being the founding trauma of Bein Bahrain, FGM is not the only social issue Tolba and Naoum deconstruct. Women’s literacy is often the subject of discourse, with characters arguing whether or not daughters should develop academically in order to be fitting housewives. Zahra fends off her mother, who seeks to marry off Shahd at the beginning of Bein Bahrain — “leave her alone, y’amma (mother). She’s going to finish her schooling […] she’s too young for marriage.” 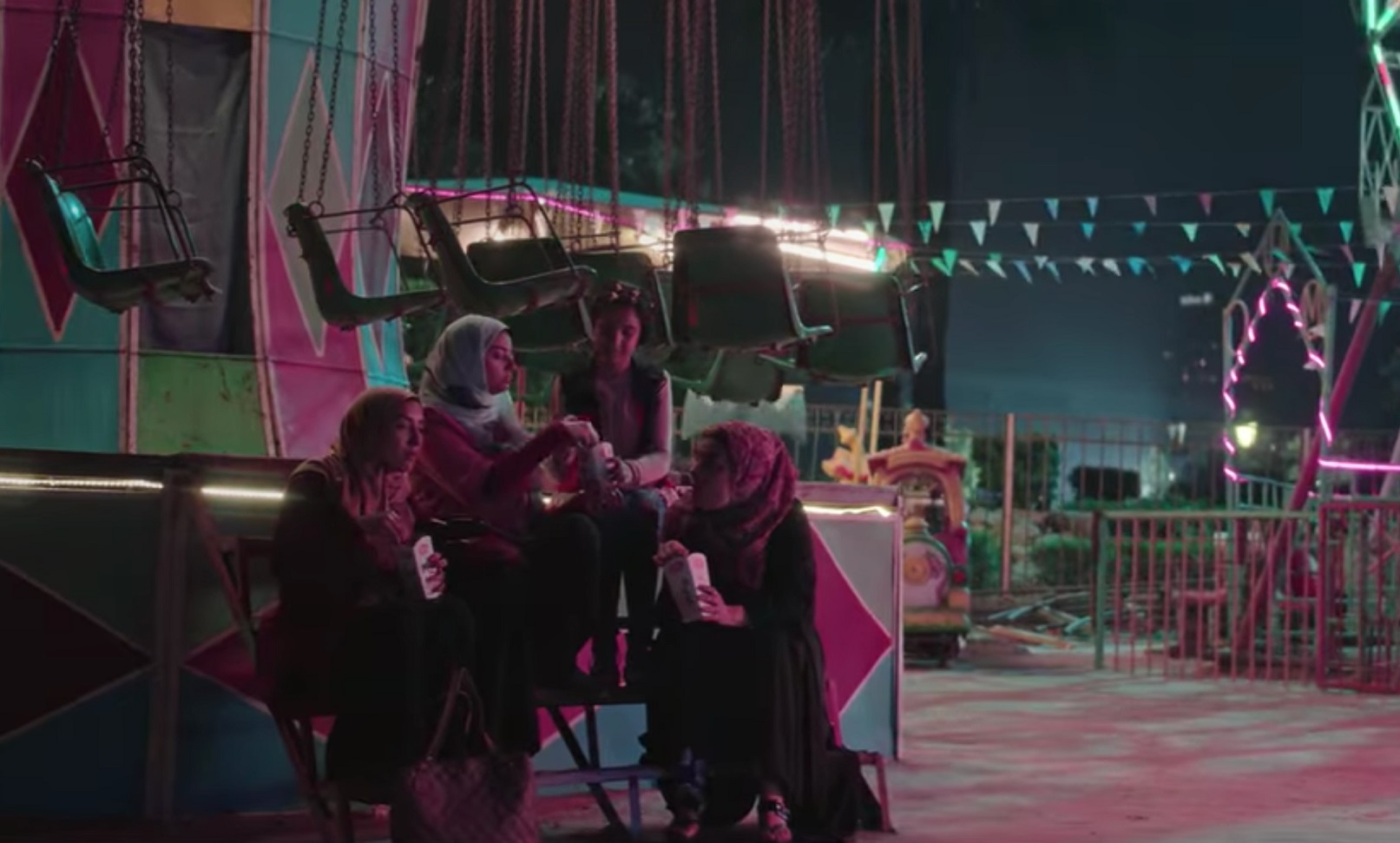 Zahra herself is seen as a woman looking to solidify her education, working to gain her high-school diploma alongside her eldest. “I saw my daughters studying, and I thought why not?”

She does make it a point to hush her two friends, Amal and Somayya, cautioning them against “snitching” to her mother or husband.

Zahra realizes her potential at the end of Bein Bahrain, where she sits the thanaweya amma (high-school diploma) examinations alongside a class of students. It is unclear whether or not she chooses to work after the fact, but given her self-reliant framing, one is inclined to believe so.

It’s her close friend Amal—a doctor with aspirations of earning her Master’s and PhD—who is a more confronting oxymoron. Not only is she condemned for her education, but she is also criticized for not using it to perpetuate unethical malpractices. Her refusal to conduct FGM on Shahd is seen as betrayal; “if only you’d operated on that girl, she wouldn’t be dead!” an unnamed character accuses, before beating her over the head, demanding she operates on his daughter.

Still, despite soliciting her expertise at several points during the film, she is called a woman of “free time” and “no direction” due to the lack of a “man to ask where she’s going and where she’s been.”

While Amal is Zahra’s node of sanity throughout the film, she wrestles with her own inherited misogyny. Despite falling in love, she seems adamant that she would not make a good wife as a result of her profession; her love interest, who is none other than the police investigator assigned Shahd’s case, is delegated to the sidelines of her personal story.

“He needs a woman that will sit at home for him, be available for him,” Amal explains when asked why she wouldn’t accept a marriage proposal, were it offered.

Despite claims that women’s participation “remains low” in Egypt—at 14.3 percent in comparison to men’s 67.4 percent, according to a 2020 CAPMAS report—Bein Bahrain addresses a niche narrative that questions the validity of that statement. Instead, it asks: what women are unseen in the workforce? 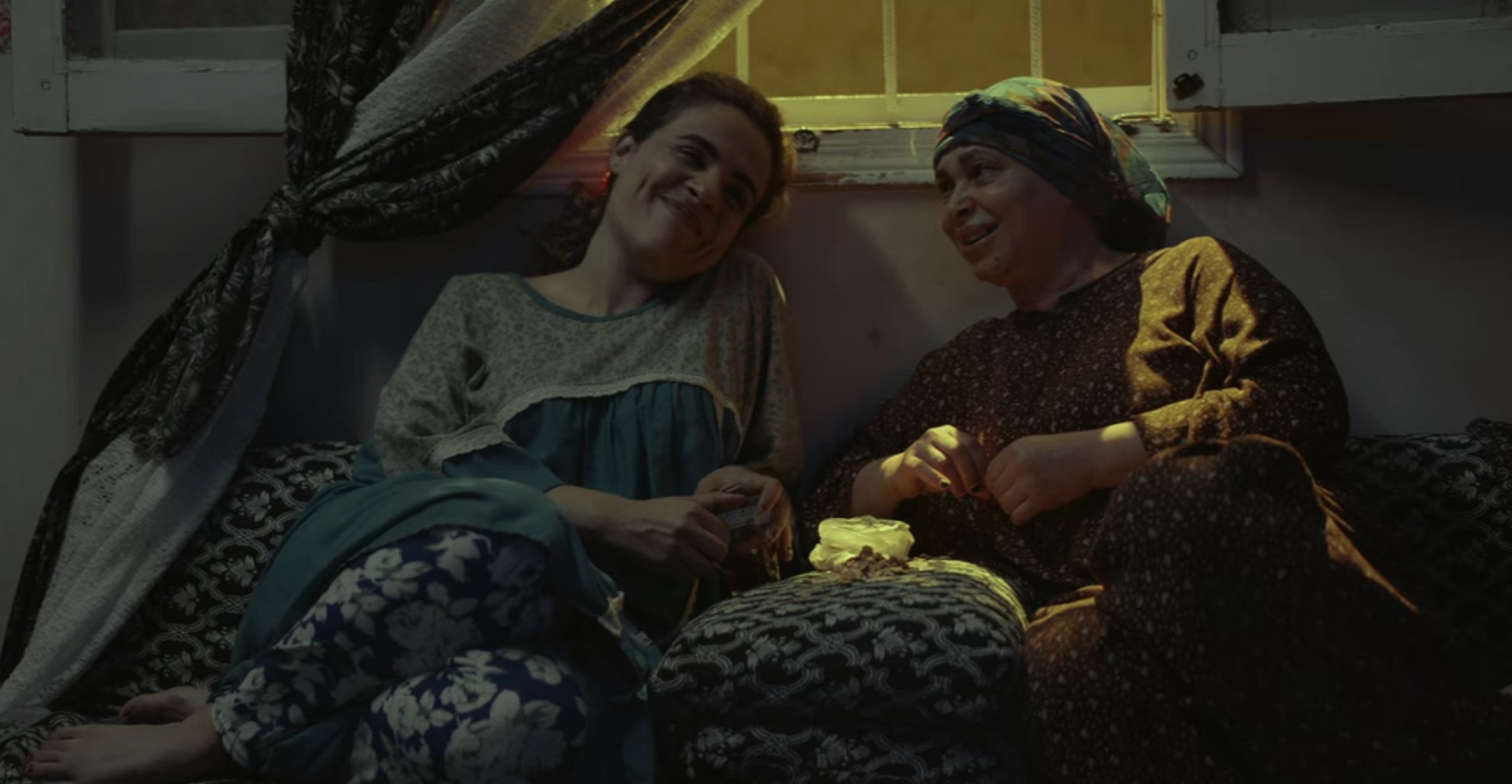 This is embodied in several characters, particularly Somayya and her mother. Somayya is a married woman who faces regular abuse by her husband, Mohamed. She lives on in the hope that once her brother returns from Kuwait, he will be their salvation. Somayya’s mother, who sells off their government rations to better feed the family, is the unlikely, unwilling matriarch.

Instead of salvation, however, Somayya’s brother returns with nothing to offer but cheap gifts. He claims that he’s living off his “wife’s money,” and therefore cannot financially support his family.

“We don’t have a backbone, mother,” Somayya hisses, looking at her brother. “Not in this world.”

Between Somayya taking up jobs at a local learning center, her mother’s struggle to make ends meet, and her brother resting on his wife’s wealth, Somayya’s tale is less about an unwillingness to work, but rather a necessity due to the lack of male initiative in her community.

Her husband is a deadbeat who takes her money, “refuses to spend on the children,” and despite being the son of a sheikh, seems adamant about beating her. UN Women estimates that a staggering 37 percent of Arab women are subject to similar treatment, having “experienced some form of violence in their lifetime, a number that has increased substantially with the pandemic.”

Somayya’s story ends similarly to Zahra and Amal: all the women move ahead in life without their husbands or love interests. They are, in essence, their own salvation. 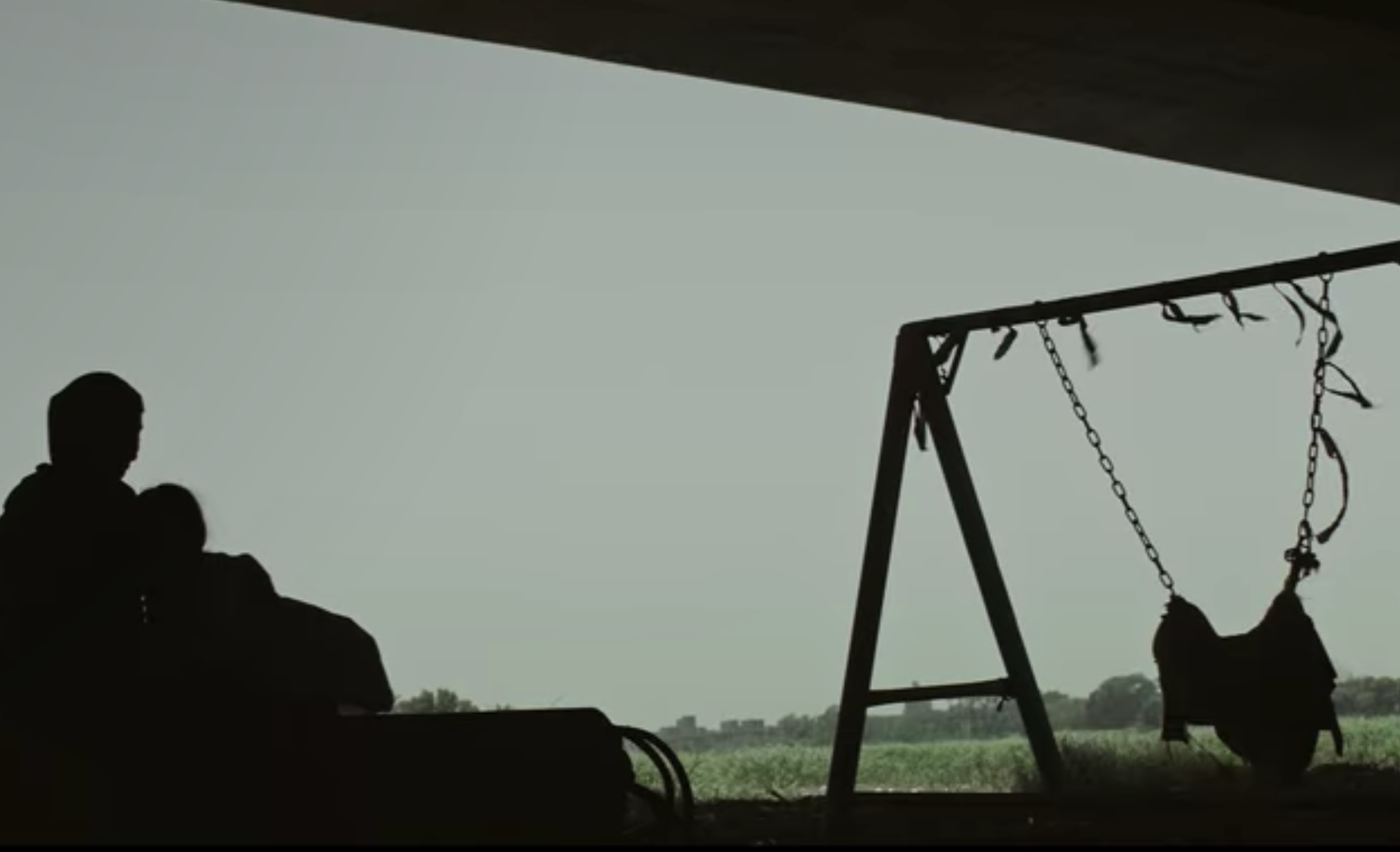 Bein Bahrain is a theater of tragedy, saturated with timeless talking points designed to evoke indignation, fear, and disbelief in those who are not in touch with reality. It toured internationally, receiving 15 awards in total making it “one of the most critically acclaimed films in 2019.”

The verdict is a clear one: this film is for the faint of heart—for those who can barely stomach what happens around them. It is a wake-up call, a siren in artistic form. Although first debuting nearly three years ago, Bein Bahrain keeps the viewer suspended on the seething, unapologetic claim of: yes—this happens.

To a neighbor’s daughter, to the woman on public transport, to the careful mother who thought she would never face it.

It happens, as it always has.