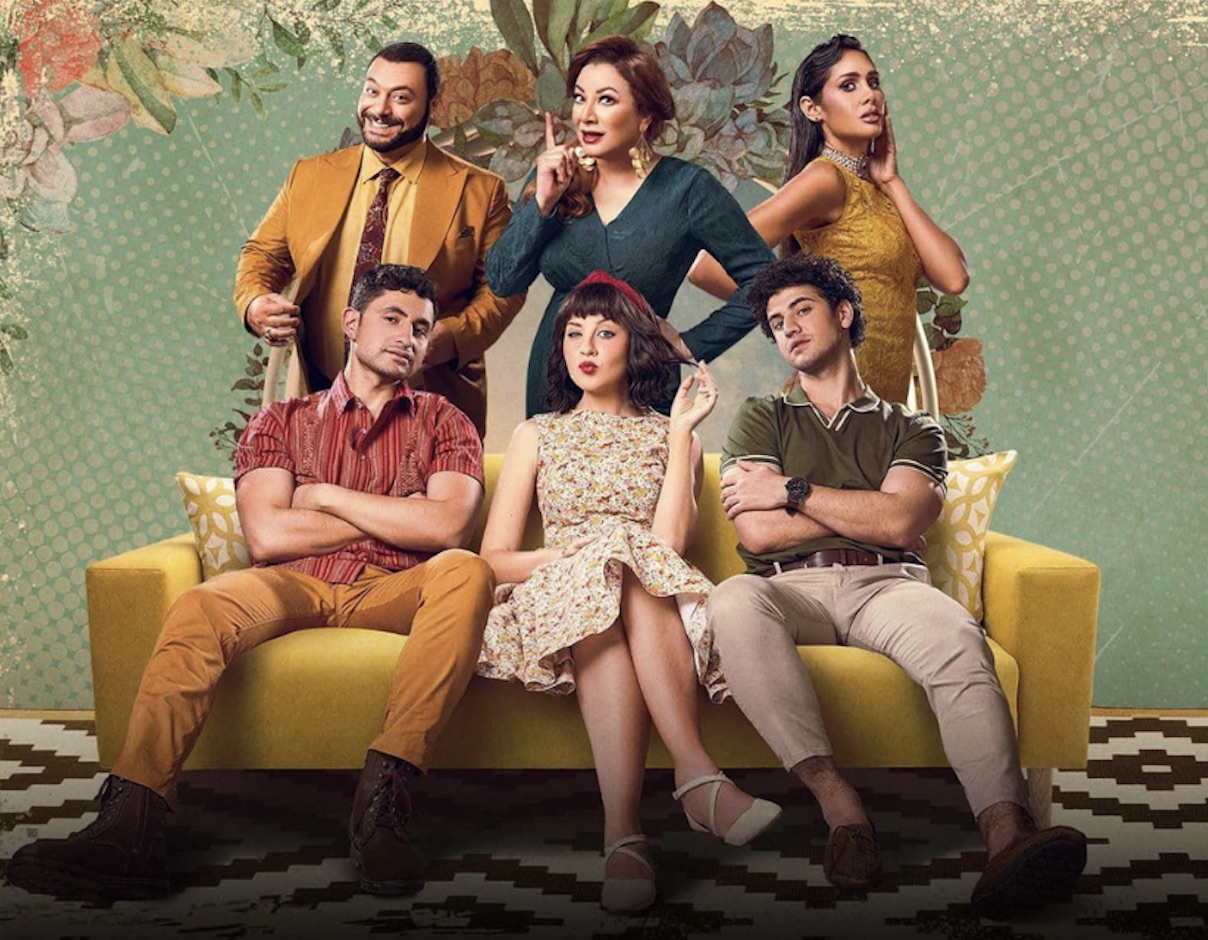 Thrilling musical numbers, sweeping showtunes, and witty one-liners is what Shahid VIP’s new show, Magnoona Beek (Crazy About You, 2022) appears to be. Yet, the musical dramedy offers a compelling exploration of mental illness and human relationships.

Premiering 6 October on Shahid VIP, Magnoona Beek is the first musical drama in the Arab world, based on the 2015 American hit television series ‘Crazy Ex-Girlfriend.’

Directed by Lebanese director Joe Bou Eid, the show follows Randa, played by Mariam El Khost: a successful but deeply unhappy Cairene lawyer who impulsively quits her prestigious job and moves to Alexandria. She hopes to find love and happiness with her former boyfriend Aly, played by Adam El Sharkawy.

Over 15 episodes, Magnoona Beek peers into Randa’s life as she traverses the messy road of self discovery and finding true love. While she appears to be a ‘quirky girl’ pinning over a faded past relationship, she harbors emotional and mental troubles, punctuated by a series of unfortunate events.

​​Note: Stop reading here if you do not want any spoilers. The below discusses key plot points of the show, including elements of the final episode.

The plot: the heroine who maims herself and others 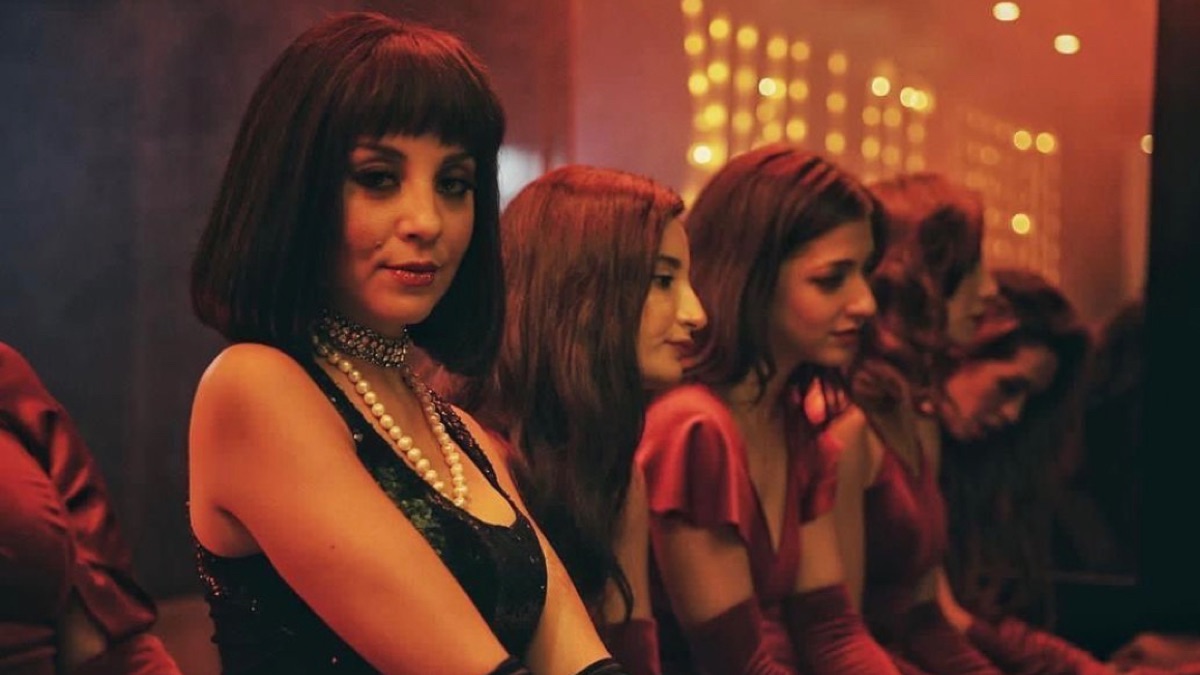 Can someone relentlessly pine after their ex, even when healthy love comes knocking? For Randa, the answer is yes.

After Randa started a new job at a local firm in Alexandria, she proceeded to wheedle her way back into Aly’s life subtly: her behavior sometimes charming, sometimes stalking or illegal. She basks in the idea that he is her one true love, although new love opportunities present themselves in the form of Aly’s close friend, Amr (played by Amir El-Masry).

When she learns that Aly has a beautiful yoga instructor girlfriend, Hadya (played by Enjy Kiwan), Randa becomes obsessed with learning everything about her. With the help of her partner-in-crime and co-worker Buthayna (played by Entessar)Randa schemes to find her way back to Aly.

Randa’s outlet for thoughts and feelings, particularly those she cannot process, are the zany musical numbers that break out each episode. The eccentric, funny, and often satirical musical numbers – not only performed by Randa, but also by other characters in the show – were all in her head, but viewers don’t learn of this yet.

As with many heroines, Randa is deeply flawed, and although sometimes her behavior is comedic, it hints at something more extreme.

The 12th episode is perhaps one of the most compelling and eye-opening episodes in the show. With the help of her therapist, she visited repressed memories in her childhood and young adult life that helped foster her neurosis.

Randa is a byproduct of parents who failed her: an estranged father and a manipulative mother. She learns that her bond with her mother, who has long used her as a placeholder for her own dreams and projects, remains the closest relationship she has; she also realizes that at her core, she only wants to see her daughter succeed.

To a large degree, Randa is a relatable character to many viewers. She continuously makes a string of bad decisions that sometimes make viewers want to physically stop her. Yet, most people are deeply flawed, and like many, all Randa wants is to feel loved.

There is a thin line between remaking a show and translating one, and Magnoona Beek unfortunately crosses the line. The dialogue in the show feels forced and directly translated from the original American series. Not only that, but remaking a four-season show into a one-season series has left the audience questioning whether there will be a second season.

The ending was largely obscure, and the writers failed at drawing characters with compelling growth arcs. What did Randa learn? Does she come to love herself at the end? Does she choose herself?

The last episode ends with Aly and Hadya breaking up, and upon this, Randa confesses her love to him and tells him of her elaborate plan through text. Once Randa explains to Aly how she laid the groundwork that moved like clockwork for their love story to unfold, he leaves her on read, and the show ends.

The last episode was confusing and left the audience unsettled with the message of the show.

The choice of the cast is understandable, with screenwriters and directors highlighting new and up-and-coming talents. However, viewers can’t watch the show without picking up on the forced Arabic accents and dialects, whether by Aly, or Randa’s mother, who struggles with a Lebanese accent.

The effort and dedication is admirable, but it is uncomfortable to listen to broken Arabic throughout the 15 episodes.

Yet, despite the show’s many flaws, it does a compelling job at portraying mental health without glorifying or demonizing it. It presented a sincere and non-judgmental homage to people who suffer from mental distress, and it effectively used comedy to portray its nuances.

Similar to its American counterpart, many could have regarded the musical numbers in Magnoona Beek to be exploitative and shallow in its representation of mental health, however, many regarded it as ‘a powerful and cathartic mirror to look into.’

Overall, the show can be enjoyed as a treatment for boredom or by avid lovers of musicals. A blend of comedy, tragedy, Magnoona Beek is not for everyone, but it has laid the groundwork for other musical productions in the Arab world.