Biden at COP27: Egypt is the ‘Mother of the World’

Egyptian Streets
Biden at COP27: Egypt is the ‘Mother of the World’ 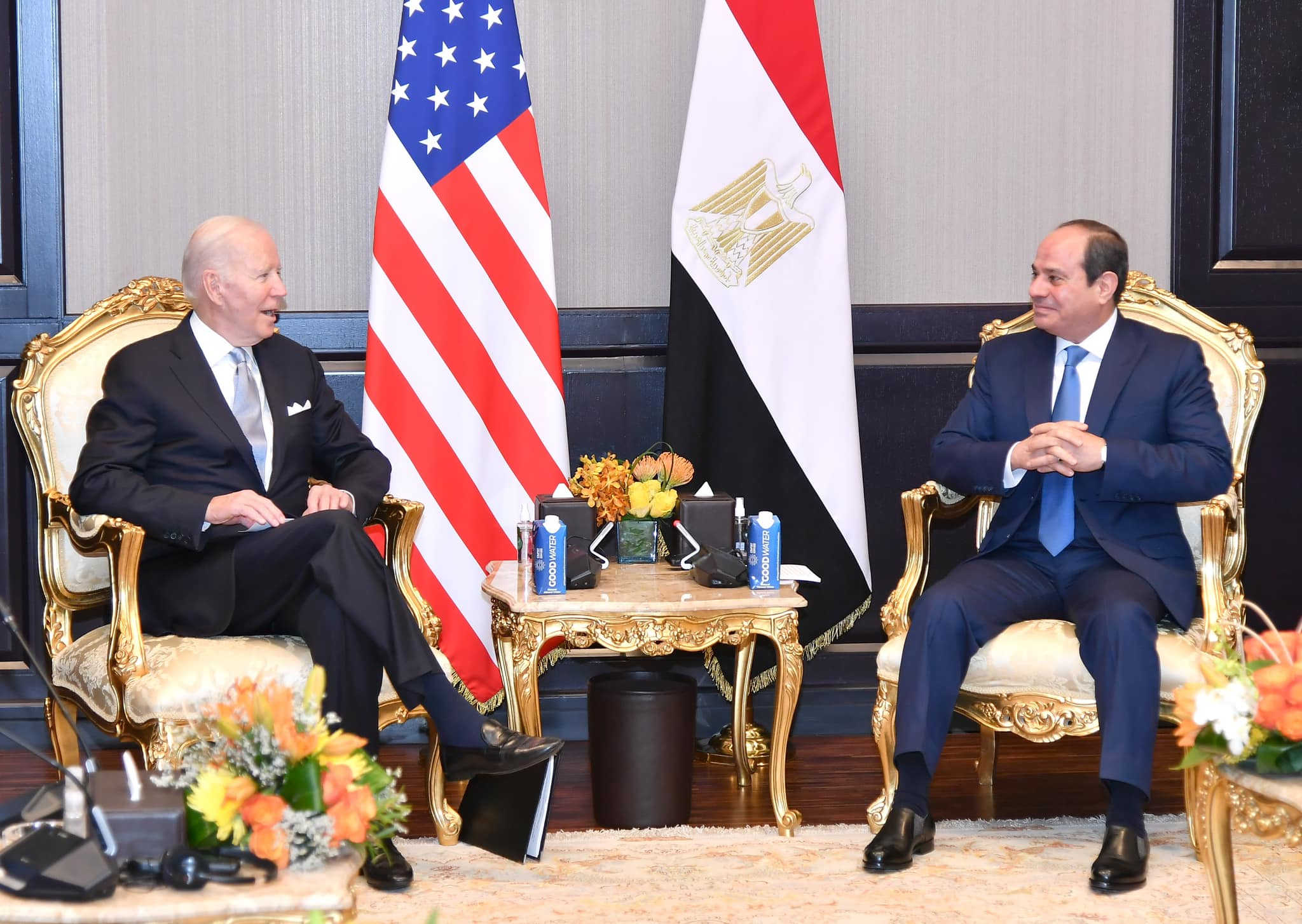 In remarks to the press ahead of their meeting, Biden thanked Egypt for hosting COP27, adding that it was only natural for Egypt to host it given the country is known as the “mother of the world”.

During their meeting, Sisi reaffirmed his commitment to strengthening coordination and consultation between Cairo and Washington DC, adding that a strong relationship is important to ensure stability and security in the Middle East. Sisi also emphasized the importance of tackling climate change, stressing Egypt’s commitment to supporting global efforts for climate action.

Meanwhile, Biden congratulated Sisi on hosting COP27 and expressed “the United States’ solidarity with Egypt in the face of the global economic and food security challenges caused by Russia’s war on Ukraine”.

The two leaders discussed a range of topics, including the Palestinian-Israeli conflict, the Renaissance Dam, the Russian-Ukrainian conflict and the importance of human rights and fundamental freedoms.

According to a statement released by the White House, Biden expressed his “support for Egypt’s water rights”. A statement released by the Egyptian Presidency said that Sisi had affirmed Egypt’s commitment to reaching a legally binding agreement for the filling and operating of the Renaissance Dam that guarantees Egypt’s water security and achieves the common interests of all parties.

Biden, who was in Sharm El Sheikh to attend COP27 for just a few hours, gave a speech where he announced new initiatives to strengthen his country’s commitment to tackling climate change.

During his speech, Biden said that the United States, the European Union and German would provide a USD 500 million package to finance and facilitate Egypt’s transition to clean energy, adding that this initiative would help Egypt reduce its greenhouse gas emissions by 10 percent.

According to the New York Times, the financial package is part of a multi-billion dollar initiative that will ultimately increase Egypt’s gas exports, but cut one-fifth of its power emissions.

Under the initiative, Egypt will redirect five gigawatts of natural gas from its offshore fields to Europe – rather than using such power domestically. In exchange, the United States and Germany will provide a USD 10 billion renewable energy package, which includes the USD 500 million announced by Biden, so support new wind and solar energy projects in Egypt. These new projects will provide for 10 gigawatts of renewable energy.

Beyond this announcement, throughout his speech Biden said it was crucial to take action, warning that the world is facing a “pivotal moment” in its fight against the climate crisis.

“If we are to win this fight, we can no longer plead ignorance to consequence of actions and repeat our mistakes,” said Biden.

“Let’s reach out and take the future in our hands. A planet preserved, a more equitable, prosperous world for our children, that is why we are here, that is what we are working towards. I’m confident we can do it.”

COP27, known professionally as the UN Climate Change Conference 2022, is taking place in Egypt’s Sharm El-Sheikh and aims to “showcase unity” against the existential threat of climate change. It has gathered over 40 thousand individuals across government, business, and civil society groups.