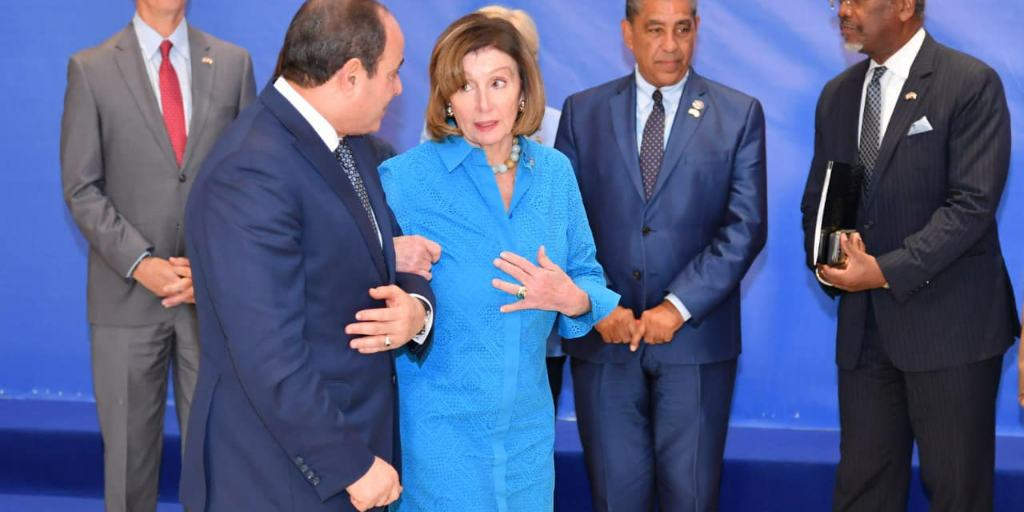 Egyptian President Abdel Fattah Al-Sisi held a one-on-one meeting with Nancy Pelosi, the Speaker of the United States House of Representatives, on Thursday 10 November at COP27 in Sharm El-Sheikh.

Pelosi and her accompanying delegation also met with Egypt’s Foreign Minister and COP 27 President Sameh Shoukry and other Egyptian officials.

In a statement, Pelosi said that she had “thanked” Sisi and Shoukry for “their leadership in our common fight to address the global climate crisis”, adding that her delegation had stressed the importance of maintaining strong ties between Egypt and the United States.

Meanwhile, Egypt’s Presidency stated that Sisi and Pelosi held “extensive discussions” concerning a number of challenges, including instability, terrorism, energy and food security and the Russia-Ukraine crisis. The two also discussed the Israeli-Palestinian conflict  and the importance of achieving “a just and comprehensive solution that guarantees the rights of the Palestinian people according to international references”. 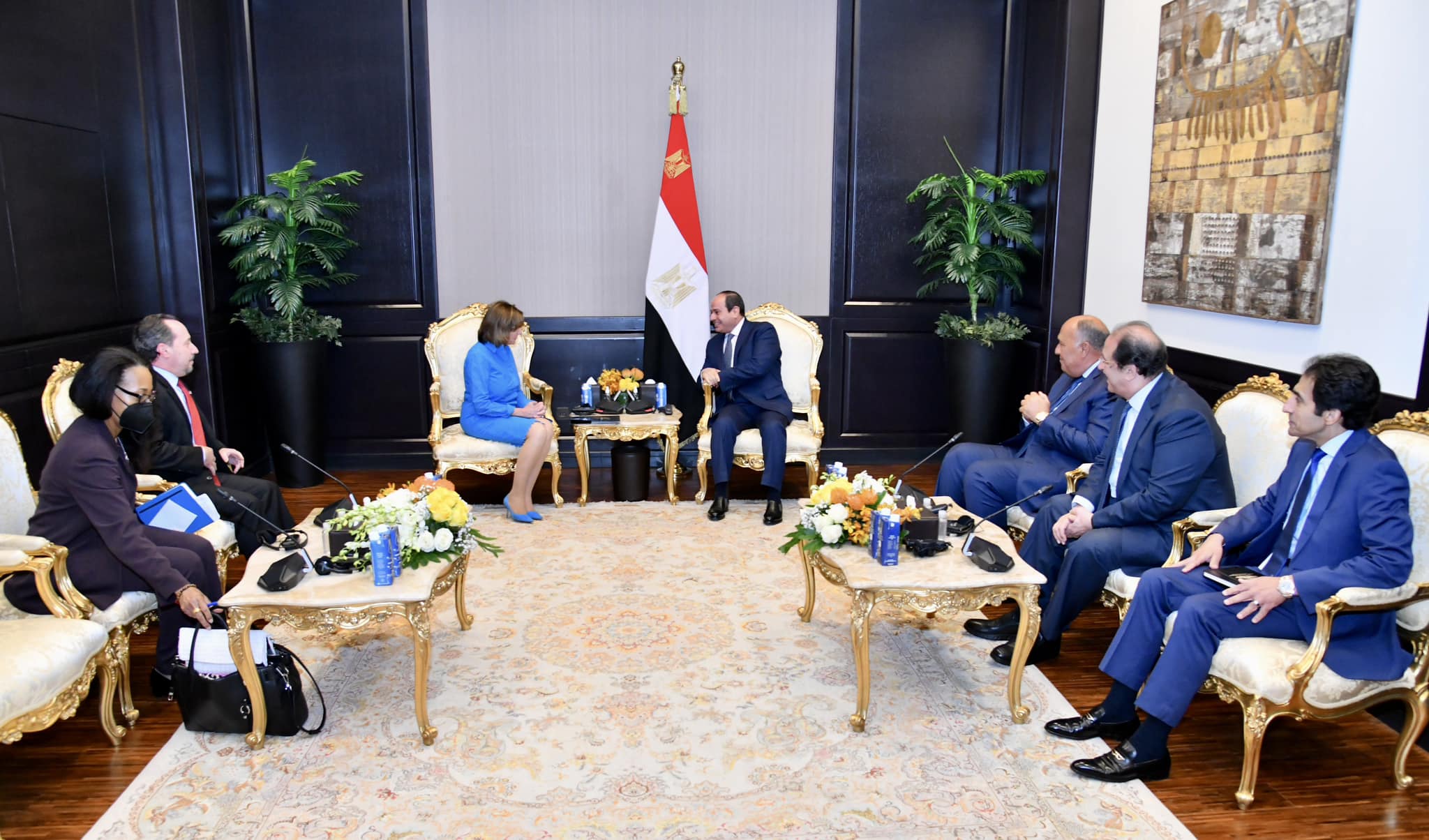 In addition to Pelosi, Egypt’s Shoukry met with US Climate Envoy John Kerry. Shoukry and Kerry discussed the importance of cooperating to tackle climate issues on a global level.

Meanwhile, US President Joe Biden is set to arrive in Sharm El-Sheikh today (Friday 11 November) where he will give a speech proclaiming the US as a global leader on climate change. Biden, who will be in Sharm El-Sheikh for just a few hours, is expected to meet with the Egyptian President along with other world leaders.

COP27, known professionally as the UN Climate Change Conference 2022, is taking place in Egypt’s Sharm El-Sheikh and aims to “showcase unity” against the existential threat of climate change. It has gathered over 40 thousand individuals across government, business, and civil society groups.

Biden at COP27: Egypt is the 'Mother of the World'
Where Garbage is Gold: Inside Egypt's Zabaleen City

Where Garbage is Gold: Inside Egypt’s Zabaleen City
Biden at COP27: Egypt is the ‘Mother of the World’