9 Ways to Make the Pyramids of Giza Great Again The Great Pyramid of Giza is the only remaining Ancient World Wonder. Built more than 4,500 years ago, the Great Pyramid continues to attract travelers from all corners of the world.

However, unlike other ancient and tourist sites across the world, the Giza Pyramid Complex is disappointing and embarrassing.

Here are nine reasons why the Giza Pyramid Complex is in shambles and how to reclaim the Complex as one of the best travel destinations.

1. Stop the Harassment of Visitors

Behold, the Pyramids of Giza! But wait, you must first safely pass through groups of thugs, scammers and harassers outside the Complex before you can finally bask in the shadows of ancient glory…while again fending off harassment of vendors inside.

Troves of tourists have written about their experiences at the Pyramids, especially concerning the thugs just meters away from heavy security presence at the entrance of the Complex. There have been eyewitness accounts of thugs banging on cars, forcing tourists to take horse carriages into the Complex, and other activity that would be considered abhorrent in any other city.

In a recent Facebook post, one Egyptian wrote about how he had stopped to help two tourists who were being harassed outside the Complex. Upon safely making it inside, one of the thugs started a fight with the Egyptian for ‘stealing away customers’. This Egyptian man, who saved the tourists from what could have been quite a negative experience, complained to the Tourism Police at the Complex, only to be accused by the police of ‘soliciting tourists without a license’.

Tourists should feel safe both inside and outside the Complex. They should not be harassed by vendors or scammed by camel and horse operators. The Tourism and Antiquities Ministries need to ensure tourism sites across the country are safe and accessible before spending millions on a hashtag campaign.

For years, tourists have complained about the lack of bathrooms anywhere near the Pyramids. This was recently rectified when the government installed portable toilets near the Observatory. However, compared to other sites across the world, portable toilets are simply not enough.

If you expect tourists to spend hours at the Pyramids – taking photographs, riding camels, entering ancient tombs, and building a spiritual connection with the land – then you need to have clean and accessible bathrooms for all tourists (including the disabled) at numerous locations throughout the Complex. The bathrooms should be regularly cleaned and maintained (unlike the ones at the Egyptian Museum at Tahrir Square).

Moreover, there should be resting spots, equipped with small kiosks that sell refreshments and seating, for visitors. Tourists entering the Complex first encounter a dingy building with a few metal detectors and ticket booths. For visitors, it almost feels like they’re visiting a train station in the middle of the desert as opposed to an Ancient World Wonder.

As with the bathrooms, if you expect to have tourists spend a long time at the Pyramids, you have to ensure they feel comfortable, safe and accommodated for. That is why a large visitor’s and information center is crucial.

The visitor’s center should include a section with souvenir shops, a few cafes for refreshments and light meals, bathrooms, a ‘cinema’ room for short videos about the Pyramids and Ancient Egypt, and meeting points for tour groups. Throughout the center, there must also be friendly multilingual staff and security to help out with any inquiries.

Currently, visitors often end up with tour guides who are more often than not scammers and know little about Ancient Egyptian history. The Ministries of Antiquities and Tourism must run official tours by educated, multilingual tour guides to provide visitors with a truly educational experience.

These tours can either be for free (part of the entrance price) or can come at an additional cost. While a small sign at the observatory reads that camel and horse rides should only cost EGP 5, visitors are often harassed into paying hundreds of Egyptian pounds for a few minutes on a camel or horse. These vendors, who are often thuggish in their behavior, can be relentless and intimidating despite the presence of so-called security at the Complex.

Whether you’re buying a bottle of water or renting a horse, the Egyptian government should introduce an official and controlled price list that would put an end to this harassment and scamming and would provide visitors with a more comfortable atmosphere.

6. Clean the Complex and the Area Around It

In 2010, Karl Pilkington from An Idiot Abroad described the pollution at the Pyramids in just one sentence: “It’s not even bits of old pyramid..you’ve got bricks here from council houses…it’s literally like people brought shit and dumped it here.”

Six years later, while the Complex is certainly much cleaner, there remains a pollution issue. There is a lack of garbage bins and litter is often scattered throughout the Complex.

Outside the Pyramids, the sight is even worse. There actually is a whole stream that is filled with garbage  instead of water. Roads are bumpy and broken with litter, instead of plants and trees, decorates the sides of roads.

Again, this is the only remaining Ancient World Wonder, yet it, and the Nile River, are often treated like landfills. The Egyptian government must clean up the area both inside the Complex and outside it.

Egyptian Antiquities officials have long said that there are too many ancient Egyptian antiquities and no where to display them. Yet, there isn’t a single museum at the Pyramids Complex.

A small museum would not only complement the educational information tourists receive from official tour guides, but it could also motivate tourists to visit other Museum across the country.

The small museum could also act as a resting spot for travelers who wish to escape the hot summer heat. If you want to stop the harassment of vendors while also providing them with an opportunity to make a living, then the government should build a dedicated area that is welcoming to tourists.

Like the visitor’s center, this ‘Grand Bazaar’ could include a number of facilities, including bathrooms, a few cafes, and a diverse range of souvenir stalls.

As an added bonus, the government could provide free hospitality training and language courses to participating vendors. By creating a safe, friendly environment, the Complex is able to live up to Egypt’s reputation as hospitable and welcoming.

9. Night Events at the Complex

Why should a visit to the Pyramids at night be limited to attending the Sound and Light Show?

Despite potential security concerns, the Ministries of Antiquities and Tourism should organize night events – including guided tours, and late-night horse and camel riding – at the Pyramids.

Use the hashtag #SaveThePyramids and share your ideas in the comments section below and on social media. 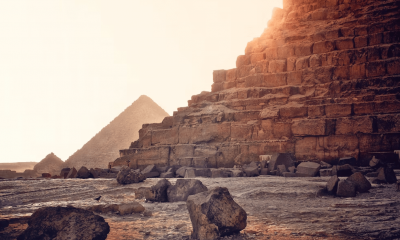 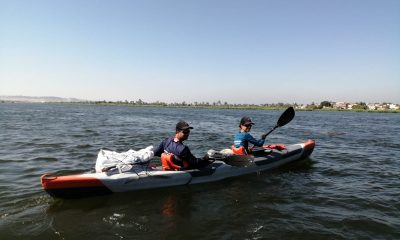 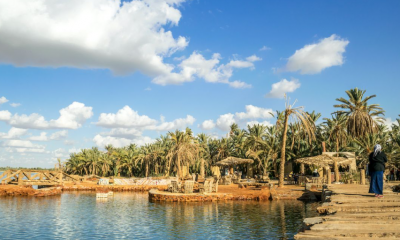 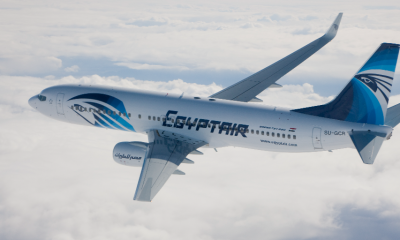 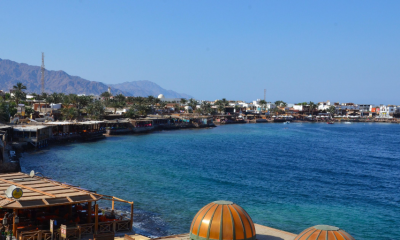