From Frankfurt to Aqrab Prison: The Story of Egyptian Surgeon Ahmed Saied 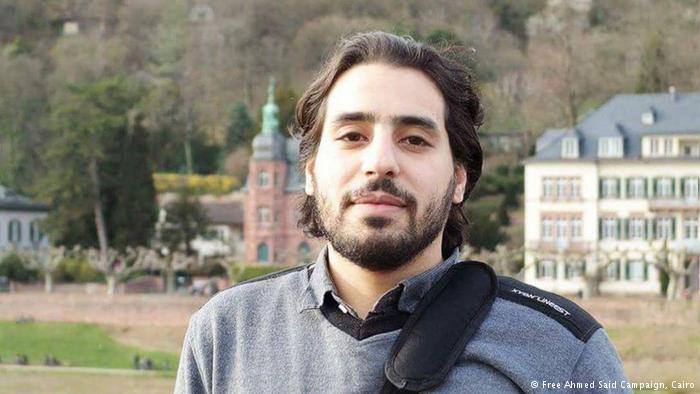 On Wednesday, vascular surgeon Ahmed Saied awaits a final verdict on his two-year imprisonment sentence after being arrest during a vacation in Egypt in 2015.

Saied, who had been working in Frankfurt, treated wounded protesters in a field hospital in November 2011 during clashes between the military and protesters in Mohamed Mahmoud Street. More than 40 protestors were killed that day, for which four years later a group held a silent demonstration in remembrance, which the surgeon attended. After a few hours, Said was arrested from a downtown café on grounds of not having his national ID card, despite having his passport.

Twelve hours of disappearance and denial of his presence in the Abdeen police station left Saied electrocuted all over his body and cigarettes put out on his hands, according to his sister Lamia Saied. The next day, the prosecution accused him of disrupting public order and blocking roads.

“There is no evidence whatsoever nor are there eyewitnesses to back up the charges,” stated his sister.

During his trial, which was held 20 days later, the judge released Saied on EGP 3000 bail. The prosecution appealed the decision and on 13 December, he was handed down two years of imprisonment by the same judge who had previously ordered his release.

Saied’s health severely deteriorated in the cold of the prison cell, especially due to authorities refusing to let in heavy clothing and medications. To protest, Saied went on a hunger strike, for which he was put in solitary confinement in the maximum security Aqrab (Scorpion) wing of Tora prison.

The surgeon’s case was raised in the German parliament, while president of the World Medical Association Sir Michael Marmot denounced the imprisonment and torture, calling on the Minister of Justice Ahmed AlZend to immediately release Saied.

“I only wish the judiciary would read the papers of the case and use the rule of law,” Lamia told Egyptian Streets, saying that she does not imagine the alternative of her brother going home with her on Wednesday.