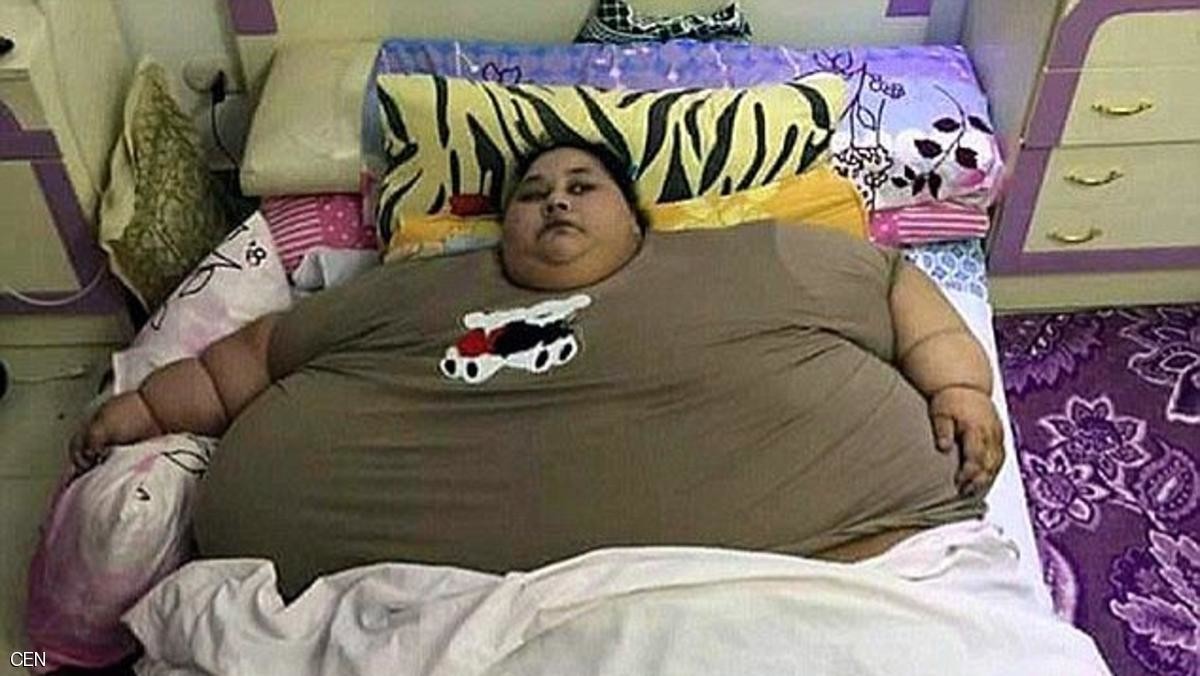 Once believed to be the heaviest woman in the world, Egyptian national Eman Ahmed Abdel Aty, 37, has died on Monday after several attempts to reduce her weight.

Eman reportedly managed to lose 300kg of 500kg. However, she died of complications from other health conditions.

The hospital where Eman was staying offered its deep condolences to Eman’s family in a statement and said that the death was a result of a dysfunction in the kidney.

Before traveling to India, Abdel-Ati had not left her home in Egypt’s Mediterranean port city of Alexandria for two decades, according to AFP.

In February, Eman was safely transported from Egypt to India for a weight reduction surgery. She was lifted out of her bed in Egypt by a crane. Doctors managed to move her after a wall was brought down to bring her out. According to her family, Abdel Aaty had completed 25 years without leaving her home prior to traveling to India as she weighed 500kg.

After the completion of a bariatric surgery in India, also known as weight loss surgery, Eman was moved to another hospital in the UAE where she died.

The 37-year-old stopped moving at the age of 11. She used to crawl around the house due to her heavyweight, her family said.

Doctors said that Abdel Aty suffered from a thyroid condition, while her family claimed she suffered from elephantiasis, a medical condition which causes extreme swelling in a person’s limbs and arms, which left her almost immobile.

How Oil Wealth and Terrorism Can Lead to Kurdistan's Secession
Mashrou Leila Banned from Performing in Egypt Over 'Rainbow Flag': Syndicate

Mashrou Leila Banned from Performing in Egypt Over ‘Rainbow Flag’: Syndicate
How Oil Wealth and Terrorism Can Lead to Kurdistan’s Secession