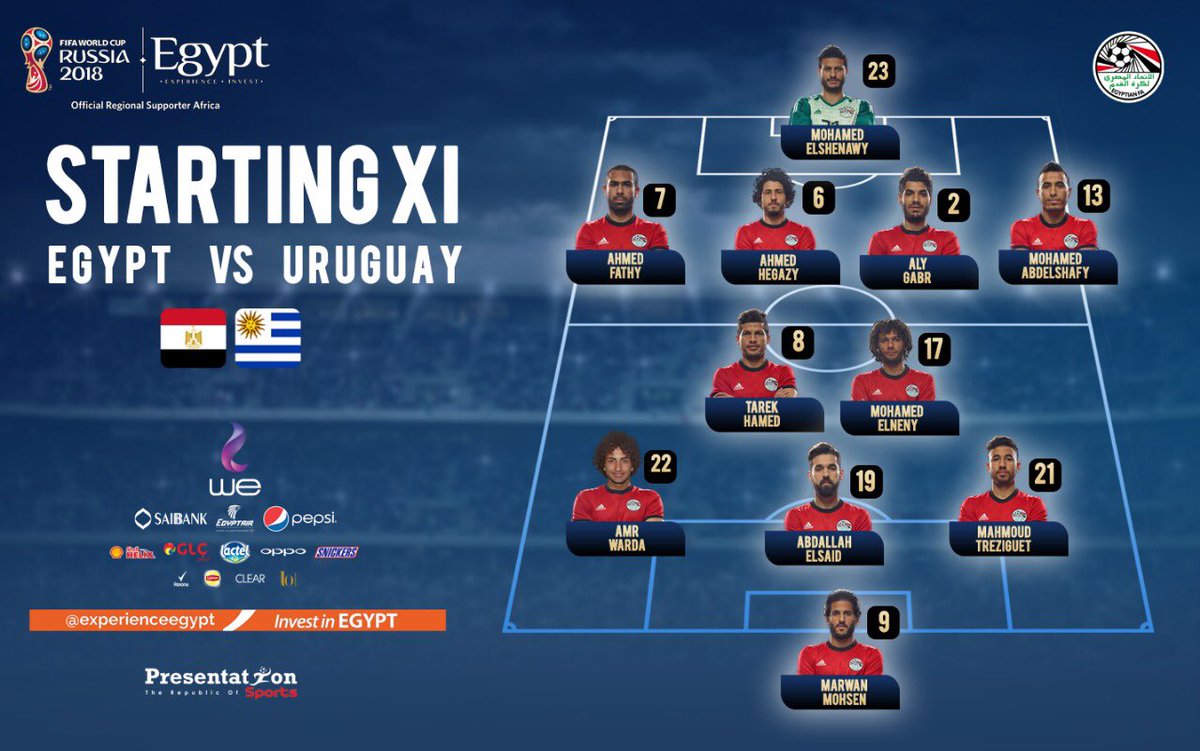 Egypt’s national coach Hector Cuper announced on Friday 15 June 2018 that the ‘Egyptian King’ Mohamed Salah will not be in Egypt’s starting XI for their game against Uruguay.

According to a press release, Mohamed Salah will be on the bench available as a substitute.

Instead, 29-year-old Marwan Mohsen, who has featured in 22 international games, will be Egypt’s main striker for the match against Uruguay.

The players who are among the starting XI are the following:

The players who will be substitutes are: