Earlier this week, Egyptians falconers celebrated World Falconry Day, an ancient sport that has been living in the country for centuries. However, the sport has lost its popularity in modern history.

It is no surprise that the falcon plays a huge role in the Egyptian identity. The falcon depictions in ancient Egyptian scripture upheld a divinity symbol as the God of the sun, Horus or sometimes as ‘Ra’. Horus was often depicted as a falcon head with the body of a man and was often seen as the ‘protector’ who was looking over the pharaohs such as in the statue of Khafre.

As one of the most important god in ancient Egyptian religion, he was worshiped from as early as 3100 B.C. and became most popular during the 2500 B.C. and 2400 B.C up until the Roman period

In modern history, the eagle which was inspired by Ancient Egypt’s bird depictions has been incorporated in the modern Egyptian flag. The symbol is often known as the Eagle of Saladin or the ‘Egyptian Eagle’ and it represents unity and became a national symbol.

Evidently, eagles and falcons have been engraved as part of the Egyptian identity for centuries. In an interview with Reuters, falconer Mohamed Mowafy shared that hunting with birds dated back to Ancient Egyptians. It started when the ancient Egyptians’ worship of god Horus.

Falconry is hunting using trained falcons, hawks, and or eagles. Sometimes owls are used in falconry. Although the sport is not as common in Egypt as it once was, Egyptian falconers meet in Borg al-Arab desert near Alexandria to practice in hope that they will raise awareness to the sport.

The practice is enjoyed around the world for more than 4,000 years. However, historians have noted that it began in ancient Mesopotamia.

Last week, the falconers gathered from all around Egypt to celebrate the sixth edition of World Falconry Day. It is opportunity for falconers to showcase their birds’ hunting skills.

Often, falconers develop their interest in the sport at a very young age. The spirit is passed down to them by their fathers. The younger the falconer the easier it is to become more familiar with the birds and develop a connection. 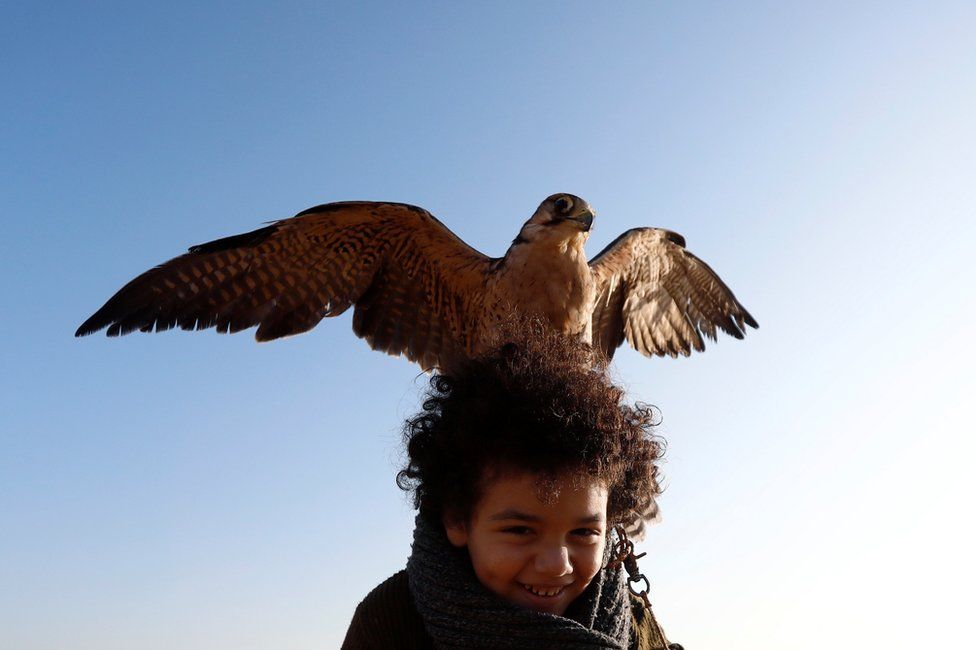 One of the youngest participants in the competition was 11-year-old Ammar who was introduced to the sport by his father at the tender age of seven.

The initiative is started by the International Association for Falconry and Conservation of Birds of Prey (IAF) and this year their focus was to shed light on women falconers.

According to IAF’s website, “we find women practicing falconry and who have contributed to make this noble art even greater. We want to value both the historic and the current contribution of women falconers.”

Although women falconers are not very popular in Egypt, women in the United Arab Emirates seem to be enjoying the sport. Ayesha Al Mansoori is an Emirati falconer who has been advocating for women’s participation in the sport.

Al Mansoori’s interest in the sport was sparked at the young age of four. Her family was initially very supportive and her love for the sport grew the older she became. She often favored going to the desert to practice over going to school.

However, when she became older, her brothers discouraged her from participating in falconry. Luckily, her father saw no problem with her continuing to practice and helped her train.

The sport is almost exclusive to men in Egypt and across other Middle Eastern countries. To change that, Al Mansoori the first introductory courses for women interested in falconry at Abu Dhabi Falconer’s Club.