Dubbed ‘sheltainer’, the project aims to target low-income families, students and refugees, and is based on a micro-housing solution that focuses on providing the most basic human needs.

Looking at the informal market Souk Al Jumaa, it uses a standard 20ft container with individual house units combined into a cluster for a small neighborhood of 8 homes, and is also surrounded by a green courtyard.

To maintain the area’s current activities and the feeling of ‘home’, the project offers a flexible solution by redesigning the old market and revamping the area with new open spaces and new activities. 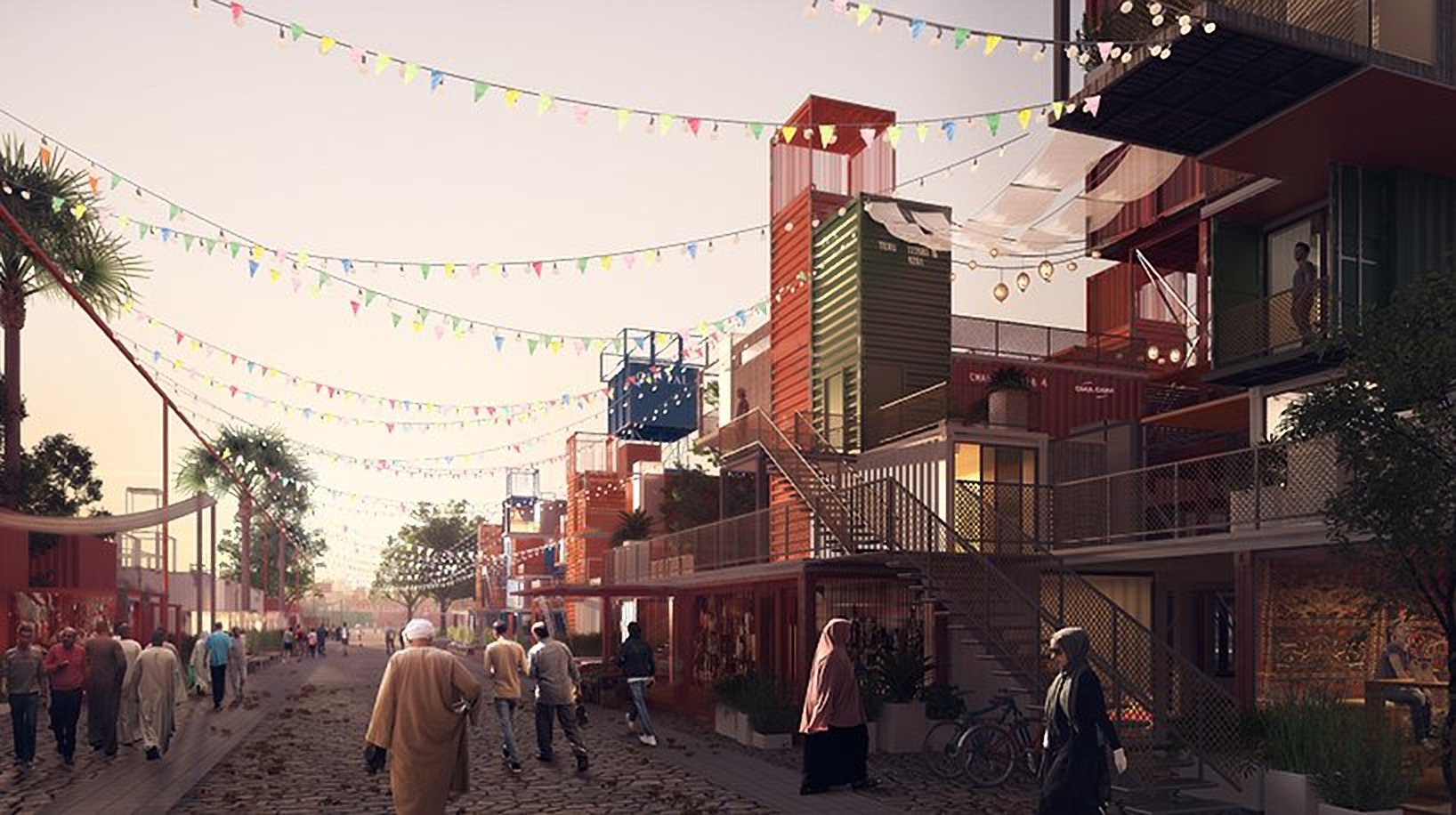 “Home is not a place, it’s a feeling. People are connected to their homeland. Growing up in an environment with family and friends fuels people’s souls with a promising future. But being forced out of homes due to starvation, the economy, or even politics creates insecurity,” the architects said.

“Twenty people are newly displaced every minute, and that becomes a challenge to provide a stable community that can cope with these rapid changes.” 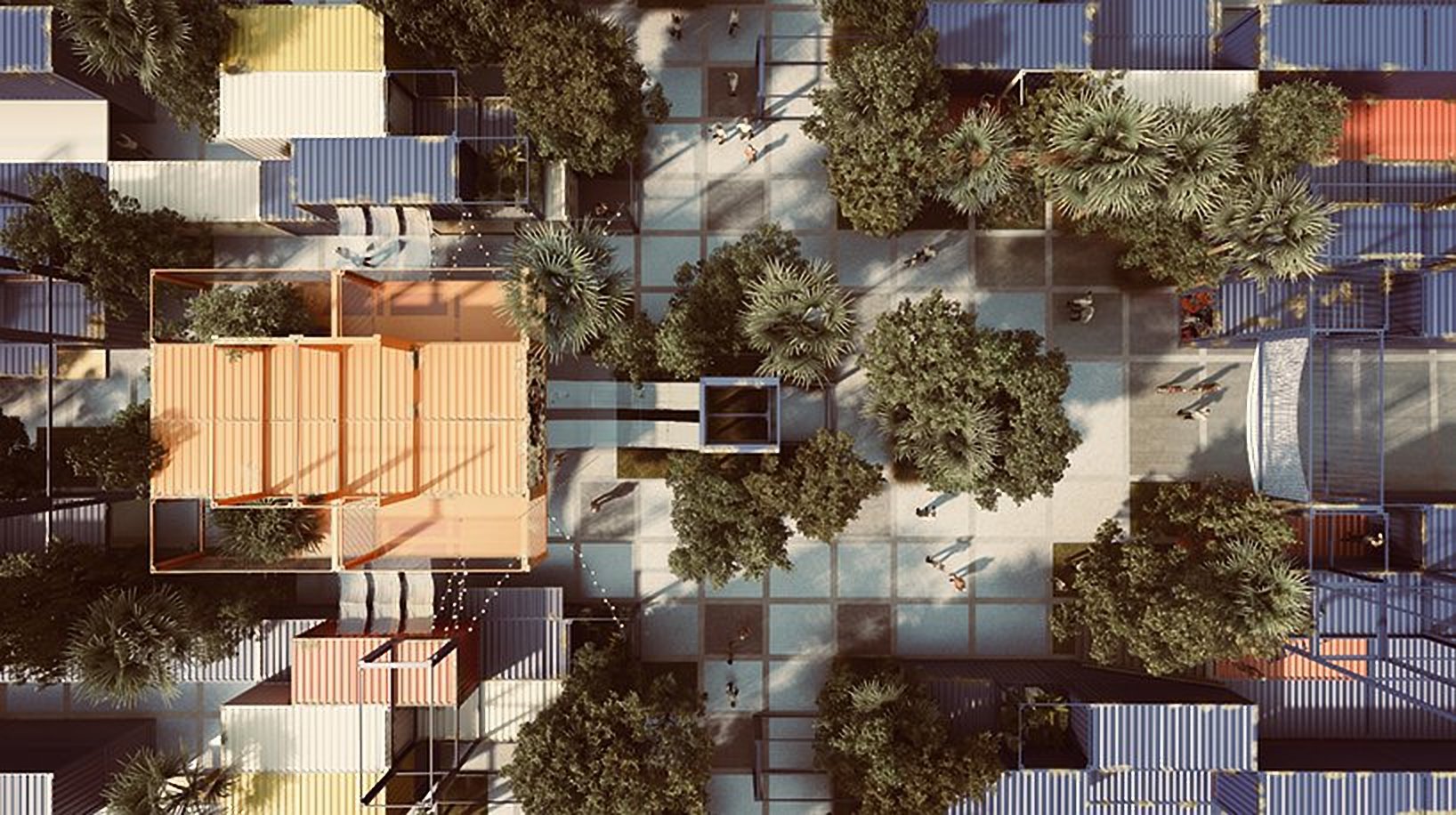 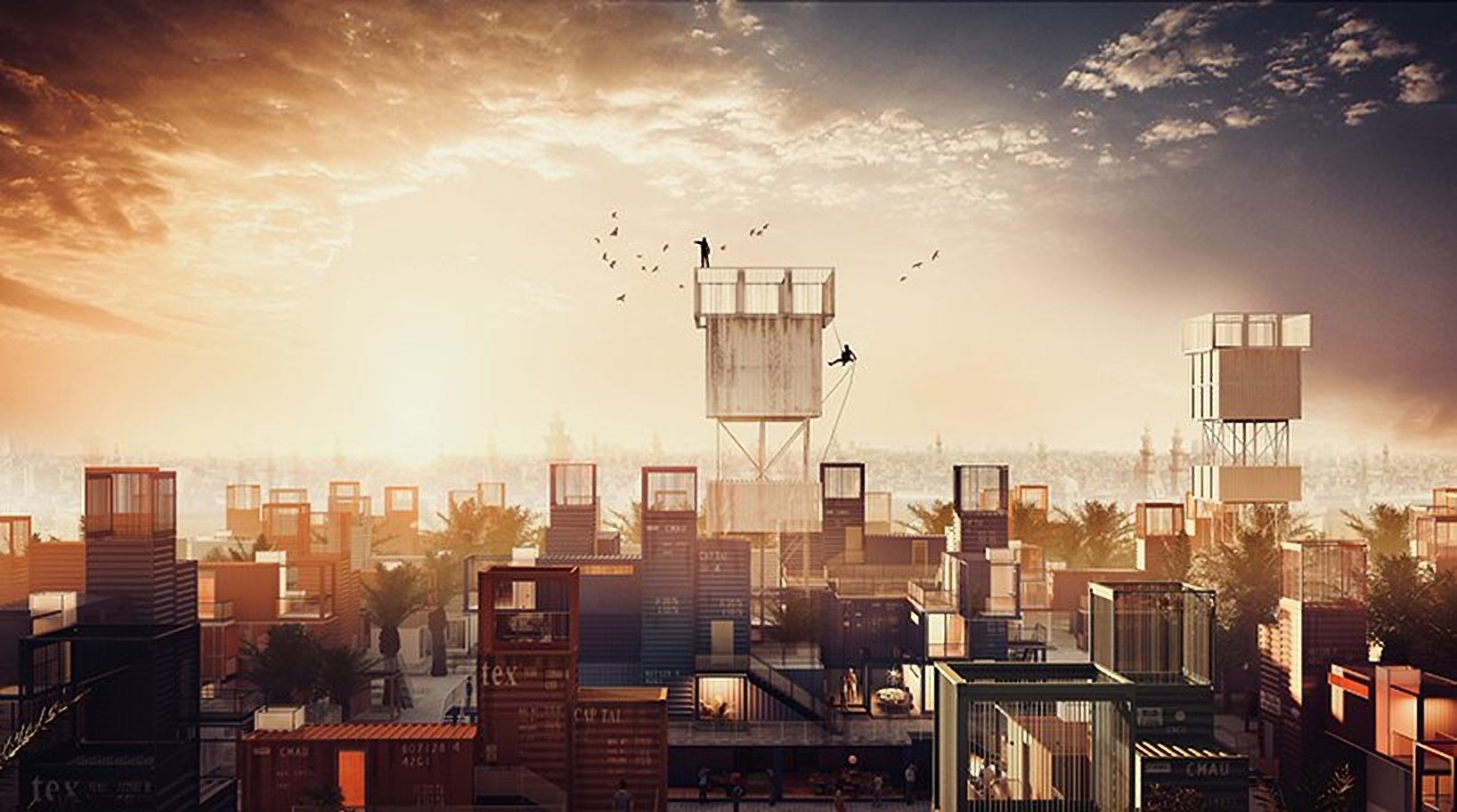 Started in 2017 as simply a dream, the project so far received six notable awards, including the Future House: MICRO HOUSE award and the World Architecture Festival Award Ethics and Value award.

Due to lack of urban planning and building control, as well as rapid population growth and rising prices, Egypt’s housing problem has worsened over the years.

In a 2015 report, the Central Agency for Public Mobilisation and Statistics (CAPMAS) revealed that the number of slums in Egypt was over 1,000, with more than 300 of them in Greater Cairo.

In 2014, the Tahya Misr (Long Live Egypt) Fund launched by President Sisi has been working on a three-phase strategy that aims to re-house slum residents, including those living in Doueyka, Establ Antar and Ezbet Khair Allah. It consists of 12,000 flats in the first two phases and 20,000 flats in the third phase.