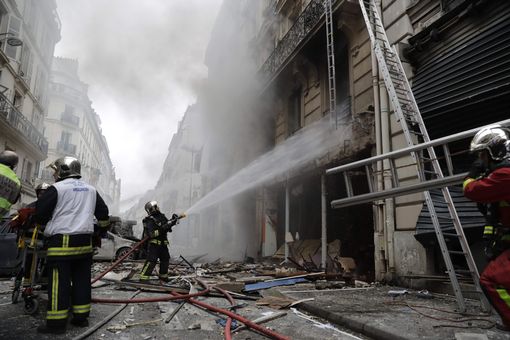 A loud explosion hit central Paris on Saturday morning on Rue de Treviso in the 9th district at around 9am local time.

The cause of the explosion is yet unknown, yet police have told local media that it was due to a gas leak in a bakery.

Photos and videos of the blast on social media show a large building on fire with flames coming from its base and debris strewn across the street.

Multiple injuries have been reported, though the number is still unconfirmed.

Emergency services rushed to the scene to battle the blaze. Paris police tweeted to warn the public to “avoid the area and allow the passage of the emergency vehicles.”

Destruction for blocks after an explosion on rue de trévise pic.twitter.com/GsrLqyasQA