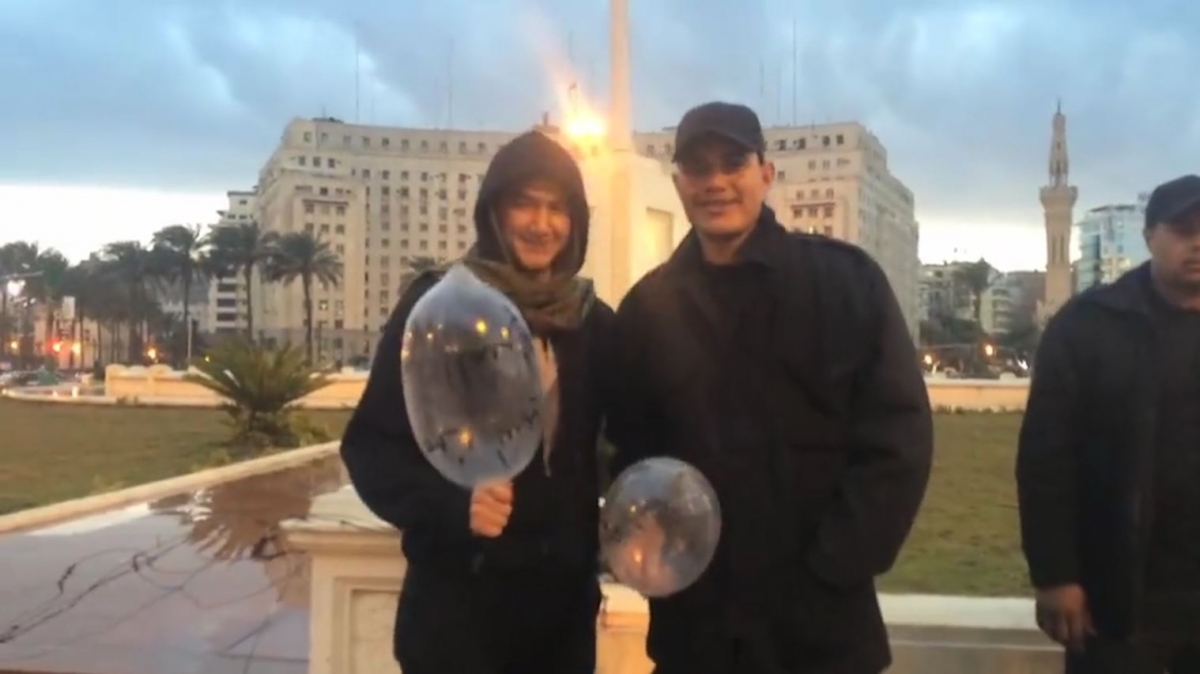 After the court ordered the release of Egyptian Youtuber Shady Abu Zeid who, according to his lawyer Mokhtar Mounir, was arrested last May under “spreading false news and joining an unlawful group”, the judge accepted the prosecution’s appeal to resume the 25-year-old’s detention for 45 days.

Initially, the court substituted the remainder of Abu Zeid’s sentence with “provisional measures” where he was required to visit the police station on predetermined days for certain hours. However, the prosecution insisted that he remains in jail.

Abu Zeid launched a Youtube channel under the name ‘The Rich Content’, a channel that have almost 20,000 subscribers and over 650,000 views. His Facebook page, however, is more popular with more than 120,000 likes with some of his videos collecting over 150,000 views.

On the fifth anniversary of the 2011 revolution in 2016, Abu Zeid posted a video featuring the now renowned Egyptian actor Ahmed Malek. The two walk around Tahrir Square gifting police officers inflated commodes as balloons decorated with the phrase “from the youth of Egypt to the police on January 25.”

Just a few hours after it went live, the video generated almost 1.5 million views. It struck a senior officer to lead a complaint against the two boys calling for their prosecution. Malek instantly apologized for his actions while the Actors Syndicate backed his statement.

On the other hand, Abu Zeid was not fazed by the complaint and went on to release a statement emphasizing how the constitution supports his right of ” freedom of speech and creativity.” In fear of the authorities infringing on his safety, Abu Zeid’s family sought help from the Ministry of Interior though a legal complaint.

“The video did not contain any footage that is prohibited by law, whether in terms of defamation to any person or body (as the parties reporting me otherwise claim), nor did it contain any instigation for violence or discrimination against the state or civilians; It didn’t go beyond being a satire video,” he added.

Abu Zeid continued to post videos even after the incident, but his latest video was 3 weeks prior to his arrest.