According to photos circulated on social media and various local media outlets, a large and deadly blaze at Cairo’s Ramsees Railway Station has killed more than 20 people and injured at least 40 others.

Security sources state that a fire erupted upon a train’s collision with one of the platforms at Ramsees Railway Station, Cairo’s main railway station.

The Ministry of Transportation reports that the train slammed into the platform at Ramsees Station’s platform number six. The crash caused a massive fire that killed dozens. On social media, users have been sharing graphic photographs of the incident, with many showing charred bodies on the railway tracks and nearby platform.

All movement to and from Ramsees Station has completely halted as security has closed off the site with ambulances and firefighters nearby.

The train driver, in critical condition, has been taken to a hospital. The  exact cause of the incident has yet to be specified. 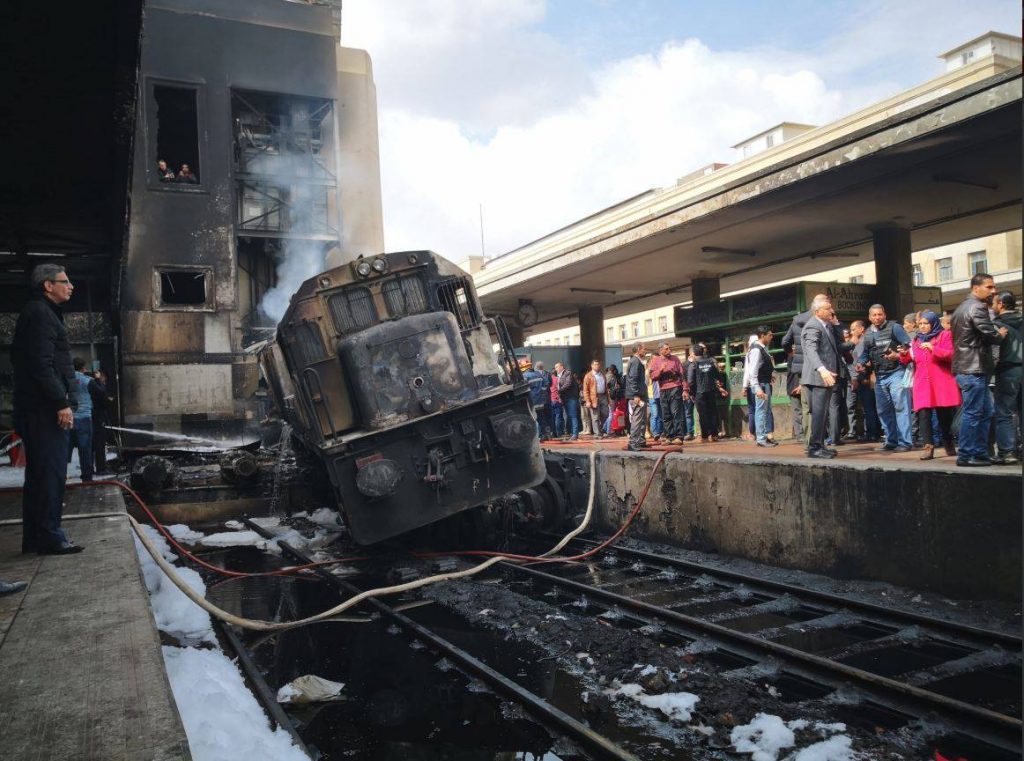 Immediately following the incident, various members of the Egyptian government traveled to the area of the incident.

In statements to the media, Egyptian Prime Minister Mostafa Madbouly vowed to exact the harshest punishment on those responsible for the incident.

Meanwhile, Egypt’s Prosecutor-General has opened an investigation into the incident and police are investigating CCTV cameras and talking to witnesses to determine the circumstances surrounding the incident. 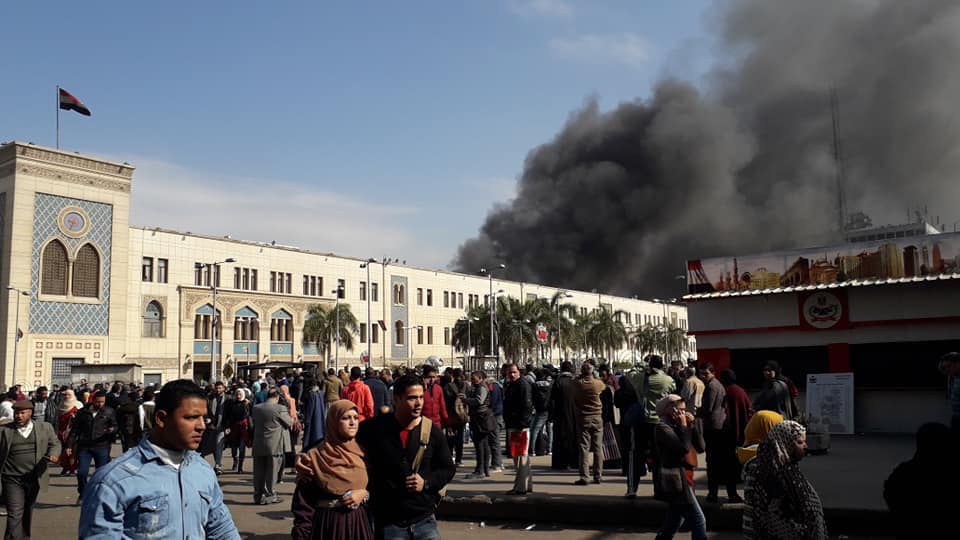 As part of his responsibilities, Minister of Transport Hisham Erakat also visited the site and announced that a technical committee had been set up to determine the cause of the incident.

This story is being updated.