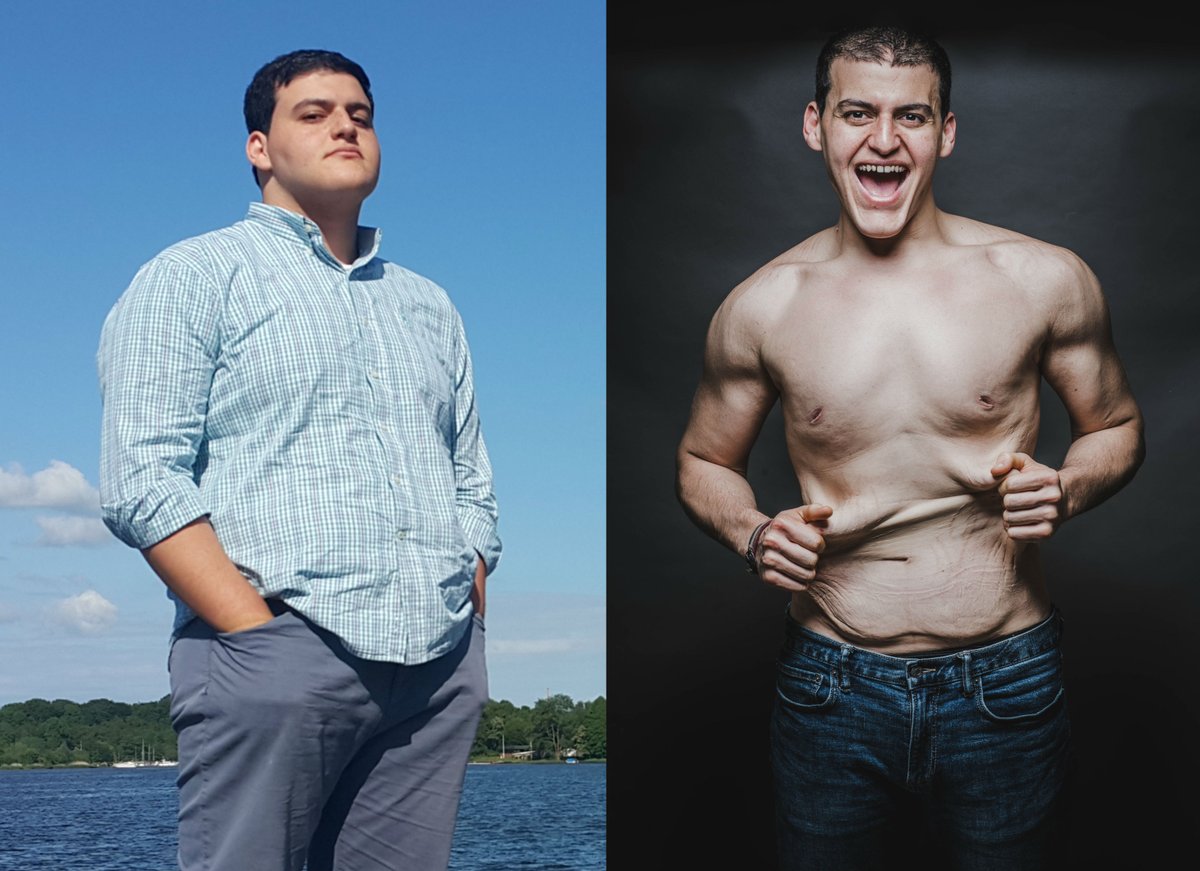 Egyptian filmmaker, Mohamed Shalaby, has used his craft to share his struggle with depression and body image in his coming-of-age film, 51 Kilos. The short film, which premiered with BBC Arabic Documentaries this year, highlights Shalaby’s feelings of constraint growing up in the Gulf, and his reliance on food as his only companion. Following his journey, Shalaby reflects on happiness not being defined by a number on a scale, but on his mental well-being and a sense of ownership over his life.

In an interview with Egyptian Streets, Mohamed Shalaby shares more of his thoughts on topics raised in his short-film as well as his motivation to turn to film. He particularly shares ideas about associations made with food in the Gulf region, the stigma attached to mental health, and the outcomes of social-media as a platform for further discussion.

What is the biggest thing you want people to take away from your film? What is your main goal?

Depression and anxiety are natural reactions to the outside world. Unfortunately, so many times we think we should hide them because we don’t want to look weak. We don’t want people to see our scars and imperfections. But the truth is we are common in our weakness. And all of us, no matter how much we try to look like we are holding up, we have very similar fears and anxieties.

So, maybe for once, let’s try something different. Let’s give these things space, let’s let people around us know that we’re not as wise or strong as we may seem, that we share with them their weaknesses, defects and flaws. Isn’t that what we all want eventually? To feel a little bit less lonely and a little bit more relatable?

My main goal is to simply share my experience, to let someone out there know; you aren’t alone in your struggle. Nothing is permanent. You’re not stuck. You have choices. You can think new thoughts. You can learn something new. You can create new habits.

Why do you think others around you, particularly those from the Gulf region, struggle with their relationship with food? Do you think this will ever change?

I think the struggle with food is related to a certain lifestyle. Namely, the lack of variety of activities a child can try as well as being surrounded everywhere by commercials about restaurants and fast food. This lifestyle creates a culture that drives people to rush through life in search of instant gratification. Yes, my personal experience of this happened in the Gulf, but I don’t think it’s only limited to one place. This is a global issue. As a solution, I believe awareness is key, we need to recognize this culture as an issue, speak about it, and identify the many factors that are leading to it.

I haven’t lived in the Gulf since 2013. But, I think the status quo is changing now. People are becoming more aware and I hear a lot about programs and initiatives that promote well-being and physical activity. 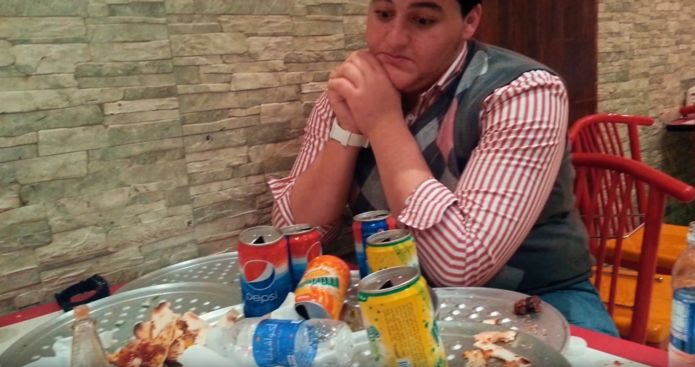 Can you comment more on therapy being a shameful thing and the stigma attached to it; how do you think this stigma is met in male communities? Do you think social reform is needed to change this outlook?

If you searched on Google for “male adjectives” the first results are “strong, rough, tough, powerful, etc.” The word “insecurity” is mostly associated with women because men can’t or shouldn’t have insecurities. This says a lot about how men in today’s world are still expected to not express their weaknesses, let alone have them in the first place. This makes me really sad because I know for sure that this is not true. Men experience anxiety, insecurity and depression but they are not given the right communication tools to express these very natural human feelings.

I’ve received a lot of feedback after the film was published from men telling me that they identified with my struggle, and I think the solution starts from here. We need more people to speak up and share their experiences so we can finally realize that it’s very common and natural. How could something that we all experience be shameful?

What drew you to making films? What stories do you plan on sharing in upcoming films? Which stories are important to you?

I’ve been watching films since I was eight. Maybe I don’t mention this in my film directly, but movies were actually my second companion, next to food, in my childhood. It’s one of the few things that makes me feel connected and less lonely. To be able to pay back some of that, by making someone feel less lonely through something I did, is one of the greatest accomplishment that I can achieve.

I am currently in the development stage of my first feature documentary film. The core question the film tries to deal with is, “What does it mean to belong?”

I am interested in telling authentic human stories that show what essentially shapes our common humanity; our fears, doubts and uncertainties. 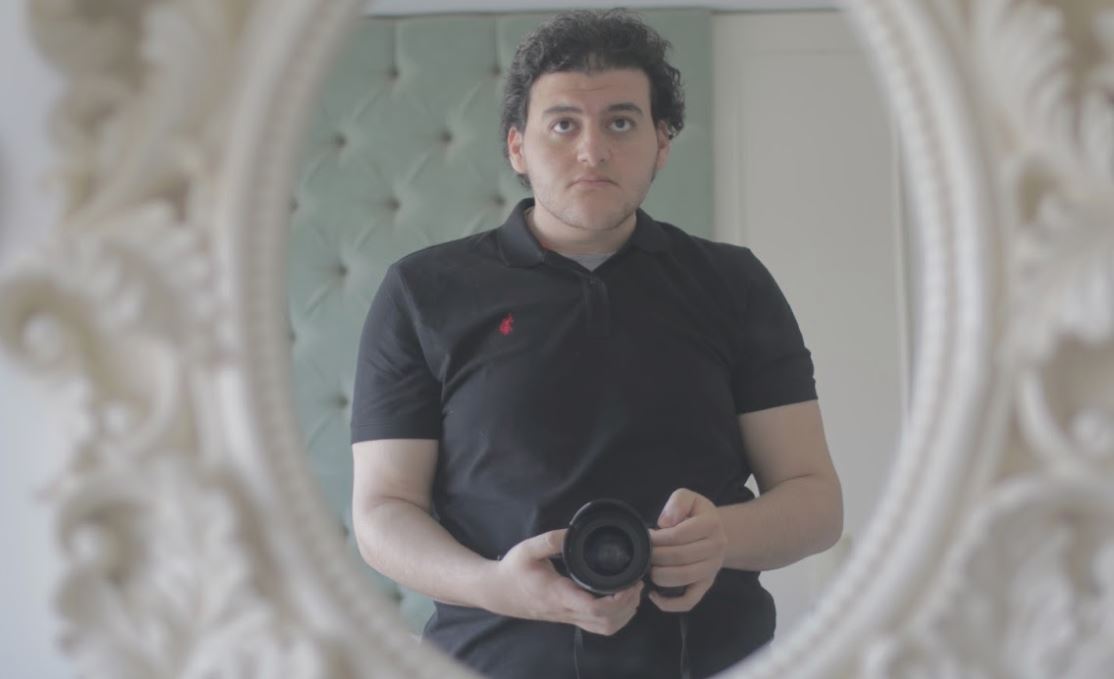 Do you plan on using your platform and skills to further the discussion surrounding mental health and body positivity, particularly in the Gulf region?

We still need more momentum and we need to attract the attention of bigger institutions and media outlets. Also, because these are new topics in our region, we need to learn how to best present it to our people. However, I think the discussion has already begun and a change is coming. I am happy to be part of it and I will help to move it forward in any way I possibly can.

You referred to yourself as the “obese boy” in the beginning of your film, how has the way you label and view yourself changed since then? Do you still think about what others think of you when they look at you?

The way I see myself has definitely changed. Now, I see both versions of myself as equally beautiful; myself at 139 kg with big chunks of fat around my belly, and myself at 87 kg with loose skin hanging from my body. I love them both. I wouldn’t let anyone shame me or make me feel embarrassed about how I look. 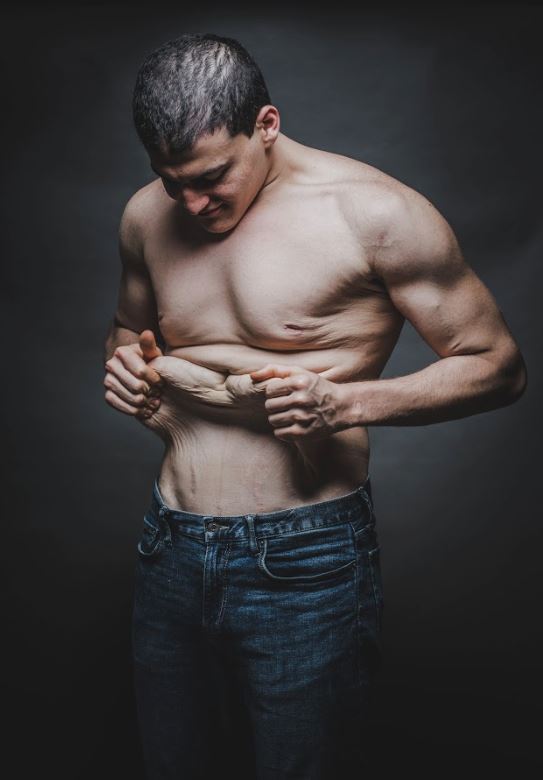 What was the hardest part about ‘facing yourself’? Do you continue to struggle with your relationship with food?

The hardest part could be the realization that external changes, like where you are or what you’re doing, aren’t actually what makes a difference in your life. They could be factors, but real change comes from within yourself.

I believe the struggle with food never ends. It’s an ongoing one. But, the difference now is that I’ve established a relationship with my body. Like any other relationship, it has its ups and downs. But we communicate. I am listening to it and I try my best to take care of it.

How important do you think it was to have someone to look up to when you felt like you were struggling? What is your biggest piece of advice to others that might be in a similar position to you?

I don’t like the term “role model” because it implies that a person is perfect. No one is perfect. We all have our human imperfections and flaws. I believe realizing this fact will make us feel less alienated from each other and eventually less lonely, allowing us to come closer together.

“Community is a safety net from an unfair world. Let it catch you when you need it. Catch others when you can.” I live by this. At a certain point in my life, Baraa was that safety net. I lost him, but that’s why I know how important that was. So I try to catch and help people around me as much as I can. 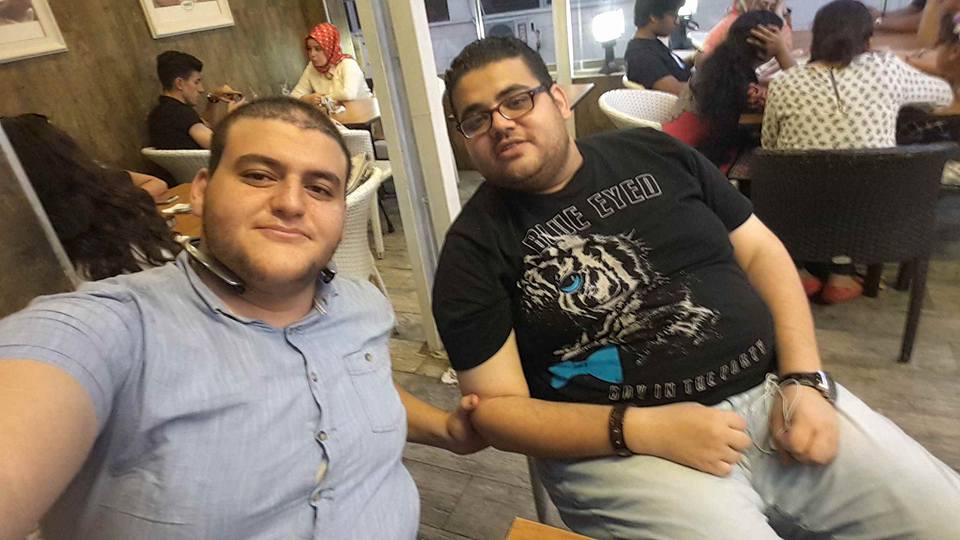 How has social media been both beneficial and disadvantageous for you? Do you think there needs to be more diversity in the people shown on Instagram, in movies and commercials?

Social media can be very destructive, but it can also be a very impactful tool to address current issues and make changes. We need to learn its language and how to utilize it. I felt very empowered after sharing my story on social media and got a lot of positive feedback.

We definitely need more diverse and inclusive media content in the MENA region. It’s important to deconstruct some of the existing preconceptions about things like mental health, beauty standards, and masculinity.

Have you reached out to any support networks or groups? Have you formed your own networks with others that experienced similar feelings?

Yes, I’ve reached out to a few. Some were very enthusiastic and supported me. I am currently collaborating with them to find ways to deliver our common message. However, since the release of my film, I am finding out that my weight loss story isn’t very likeable by some fitness and diet people. One of the replies I got was: “We are afraid that the picture with loose skin is exaggerated and unrealistic and that it may look scary to some people.”

I contacted some of them to get more exposure for my film. Those who I contacted are ones I actually respect. They support natural and healthy weight loss, instead of the gimmicks and frauds that are spread around this industry.