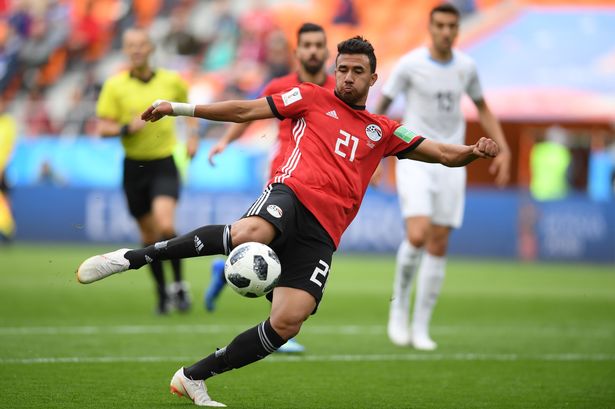 English Premier League’s Aston Villa announced on Wednesday that it signed Egypt’s winger Mahmoud ‘Trezeguet’ Hassan who has been playing for Turkey’s Kasimpasa.

“Aston Villa is delighted to announce the signing of Mahmoud Hassan for an undisclosed fee, pending the issuance of a work visa and international clearance,” the club said in a statement on Twitter without disclosing more information.

Although the club did not disclose the monetary value of the deal, BBC estimated the club paid GBP 8.5 million.

After giving a tremendous performance during the past two seasons of the Turkish Super Lig with Kasimpasa, scoring 25 goals, Trezeguet offered another wow moment during the 2019 Africa Cup of Nations where he scored one goal during his total four appearances.

This set him on track to move to a European club. Sampdoria, France’s ASSE Saint Etienne, Watford and Everton were interested, but the winger preferred England.

“As for joining, I’m happy to be here at one of the biggest clubs around. I hope I can help the team to be successful and I will do my best. I’m looking forward to playing in the Premier League, it’s a dream.” Trezeguet said.

He will be playing along side fellow Egyptian footballer and captain Ahmed Elmohamady, who joined Aston Villa in 2017.

“Elmohamady is my captain and always speaks with me about Aston Villa, saying it’s an amazing club and that I’d be happy here. I asked him a lot of questions. He will help me and believes I will help the team,” Trezeguet added.

The 24-year-old started his career with Al Ahly club in Egypt. In 2015, Trezeguet joined Anderlecht. Turkey’s Kasimpasa loaned the winger two years later from the Belgian club before deciding to buy his contract.

Trezeguet is one amongst 12 Egyptian to play in the Premier League. Other Egyptians who made it to the English league are Ahmed Hossam Mido, Ahmed Fathi, Hossam Ghaly, Mohamed Shawky, Amr Zaki, Ahmed Elmohamady, Gedo, Mohamed Salah, Mohamed Elneny, Ahmed Hegazi, and Ramadan Sobhi.

“Be Part of the Change”: Freska Campaign to Ban Plastic Reaches Egypt’s North Coast
Watch Two Egyptians Travel Across Egypt With No Money 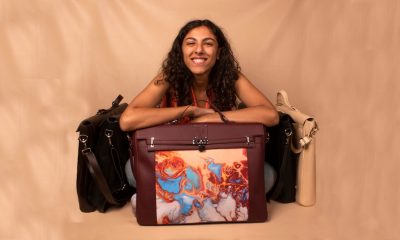 Pour it: An Egyptian Artist’s Blend of Art and Fashion

Discover Egypt’s Most Streamed Songs And Artists of 2021

Nahdet Misr: A Sculpture That Embodies Egypt At A Glance

Watch Two Egyptians Travel Across Egypt With No Money
“Be Part of the Change”: Freska Campaign to Ban Plastic Reaches Egypt’s North Coast