“I just want someone to talk to.” This is a message that most legal centres in Egypt first receive from women who are seeking legal assistance. For many women, it can be an even bigger necessity than receiving any service; it is a route to finding strength, support, and human connection.

Statistics alone do not reveal or capture the depth of the pain many of these women experience, starting from just the basic human need of finding a community to feel safe in. It is not just a domestic shelter, lawyer or a therapist that they seek, but something even more deep-rooted: a community that empowers them throughout their journey.

For Molk Said, lawyer and women’s rights activist, and founder of the new initiative ‘Eeed Wahda’ (One Hand), the solution can be found within us– it is through our willingness to reach out, listen to one another, and unite within a powerful community spirit.

For over a decade, civil society and governmental approaches to combatting violence against women revolved around three main concepts: protection, prevention, and outreach. Protection involves providing the key services to these women, prevention involves introducing laws or other policy measures to impose penalties and reduce the risks of violence, while outreach refers to creating more awareness and spreading the word of mouth to as many people.

These concepts were useful in outlining the activities and work of many women’s rights organizations, helping them to set a starting point as to how they would ‘protect’, ‘prevent’ and ‘reach’ as many women as they can, and working with many donors along these lines. At the policy level, these concepts have also been fruitful in setting national strategies such as Egypt’s ‘National Strategy for Prevention and Elimination of Violence against Women‘ in 2017.

Since ratifying the Convention on the Elimination of All Forms of Discrimination against Women (CEDAW) in 1981, Egypt has passed many legal reforms in favour of women’s rights. One of the main ones include khul’ law in 2000 – allowing a Muslim woman to divorce her husband, the criminalization of female genital mutilation (FGM) in 2008, Article 11 in the 2014 constitution, and Law No. 50 of 2014, which introduced Penal Code amendments to include crimes of sexual harassment.

However, a question that often comes in the mind of many activists working in the field is just why change is happening so slowly.

Recently, community-based approaches have been integral to many projects working in women’s empowerment, particularly in rural areas where interventions often used to ignore the cultural clashes and produce counter-reactions. This includes engaging with local religious leaders, understanding the contexts and community dynamics of the receiving population, and making sure that the community is involved throughout the cycle of designing and implementing the activities. For instance, there is the ‘Safe Cities’ programme by UN Women in Egypt, which focused on mobilizing young volunteers, and organizing sports events and community theatres on violence against women to engage community members, including men and boys.

Yet, the magnitude of the problem is far bigger, as most often survivors are still too afraid to speak out or seek for help, despite the range of services provided to them. Nearly every single day, women around the world are being exposed to all kinds of violence. In Egypt, 87.2 percent of all women aged 15-49 are still subjected to FGM. In India, an average of 92 women are raped every single day, and in France, a woman is killed in France by a partner every three days.

With the rise of social media, particularly through the #MeToo movement, solidarity, transparency and visibility have emerged as new tools in tackling violence against women. The main aim of this approach is that, first and foremost, survivors are heard, supported and that their stories are being shared and are known. It is providing strength and collective therapy for survivors, helping the society as a whole to end the culture of silence by handing over the microphone to them, and turning them into advocates. It also means moving beyond programs that work with just one group or one community (women, rural women, youth) and upscaling efforts to involve a critical mass of individuals and institutions.

A good example of this would be Raising Voices organization in Uganda, which focuses on amplifying the voices of women and children subject to violence, and ensuring that the community is aware of their struggles. One of this is through following the ‘Stages of Change’ theory, which looks at how an individual can change their thoughts or behavior through first: beginning to wonder if the problem relates to their life, receiving more information on the problem, and then recognizing the benefits of a change in behavior.

Ultimately, there has to be more work tackling the issue of why, despite the amount of services being provided to survivors, they still continue to feel too hesitant to openly speak out or feel supported. It is understanding that these crimes will end only when each one of us take responsibility to listen, support one another and work jointly rather than independently.

The story of ‘Eed Wahda’

Earlier in January of this year, a young 12-year-old soul, Nada Hassan Abdel, lost her life because of FGM. Despite of the outrageousness of the crime, only a few reacted to the news. “I remember sitting with my family and friends and very few had heard of the story, and there were even people that were very educated yet didn’t even know that what FGM was,” Said notes.

This prompted her to launch her long-term plan ‘Eed Wahda’, which is the first online social support platform amongst women and girls who continue to be survivors of Violence Against Women (VAW). The logo includes the Egyptian goddess ‘Maat’, who personified truth, equality and justice in the ancient Egyptian religion, sending the message that Egypt is paving the way for righteousness to the world.

Quite similar to Raising Voices, the initiative operates at a ‘grass-root’ level, specifically aimed towards creating a safe zone for survivors to share, exchange experiences and interact in ‘a safe, secure and judgement-free place’, and a place to “relate, advice and support.” It also centers on a ‘survivors supporting survivors’ aid approach, meaning that survivors will be able to connect, relate and find support through another survivor.

Through ‘Eed Wahda‘ group on Faceboook, survivors are encouraged to share their stories and are also provided services they wouldn’t usually have access to due to expenses, such as psychotherapy online services in collaboration with Shezlong. The platform is also working on an application that would help these women report, record and be guided during any incident of violence.

“I want people to understand what is really happening, because everyone seems to be living inside their own bubbles and not knowing what is happening to all these women and girls,” Said tells Egyptian Streets, “there has to be a way to raise awareness and make the issue more public.” 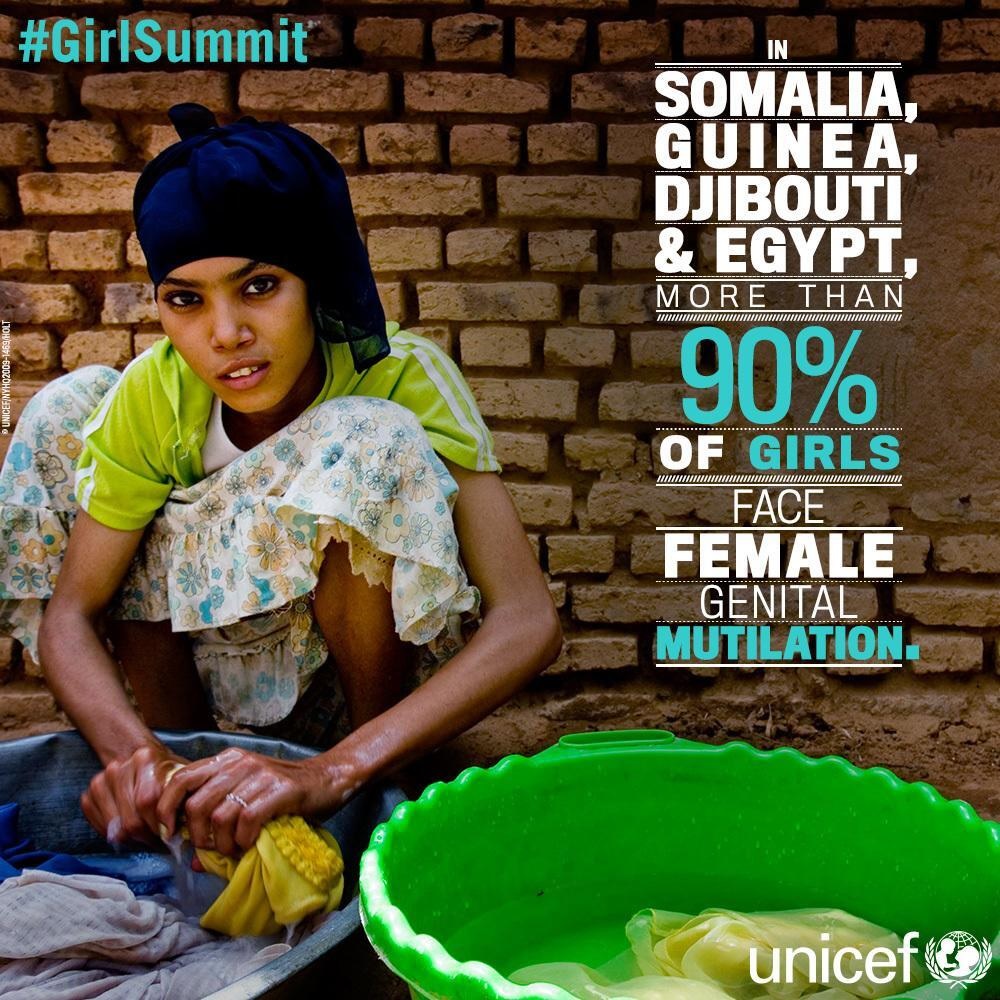 After launching earlier this month, Said’s strategy until the end of July will focus on campaigns introducing the initiative, involving a number of celebrities, humanitarians, bloggers from the MENA region. In July, she will also dedicate a campaign towards involving men and male celebrities in particular. “A mass majority of people look up to celebrities and cultural icons, so it’s important to involve them and create this outreach,” she says, “It also helps to encourage more men to speak up, because we live in a world where boys look up to men more than women, and when a man talks, he gets more attention compared to a woman where most of the time she is not taken seriously.”

Engagement through posts alone, featuring Egyptian actress Essad Younis, have helped spread the word, though for Said, it isn’t just through advertisements and campaigns, however, as what is usually carried out, but through community building. “My initiative aims to bring more visibility, and most importantly the human aspect to the problem. It is more about getting back to the basics and truthfully caring about each other,” she says.

Following the ‘Stages of Change’ theory, her approach also aims to encourage discussions by allowing others to relate the problem to their own lives and ask questions. “I speak to people all the time. I reach out to a man for instance and ask him, ‘how would you feel if your daughter comes back home bruised and beaten?’ and most of them would respond that they wouldn’t feel happy with it. And so you start to slowly connect with them by bringing that human element into the story,” she notes.

The pressures of family, the legal system and societal taboos often inhibit many women from reporting any event of harassment or violence. In some cases, the legal process alone can psychologically damage them, and worse, even lead to their death, as 8,000 femicides are committed annually among family members due to inheritance disputes, according to a study released by the Ministry of Justice.

“Many women commit suicide because they cannot even speak up. She feels like no one cares, and no one is going to help her. It is not actually reported as suicide, but it is a common problem,” Said adds, “I really want them to speak up, help one another and find strength through each other.”

Tackling this problem requires more than just providing a service, as Said notes. “I wanted to start at grassroot level to get to the chore of the the multifaceted issues women and girls face, in order to establish the gravity of violence in a transparent way and deal with this issue from the bottom up,” she says, “the nation has to understand the severity of these matters – to trigger that innate human element of wanting to make a change collectively. Just like my dream is to build a community rooted with kindness and empathy, it is also our duty as members of civil society to spread awareness and to join forces, this is the only way real change can happen.”

Rather than focusing on just women’s involvement, Said believes that men and boys’ participation is crucial in the fight against gender-based violence. “This is not a fight between us. When I say that I want to be equal with my partner, it is not because I am at war with him. Men and boys play a really big role in eradicating violence against women, because we also need their help, and without them, we wouldn’t be able to achieve what we want,” she says.

As of today, there are only 8 shelters in the whole of Egypt for a female population of 50 million. While there are a countless number of NGOs providing services to women, lack of coordination and sustainability often leaves them largely ineffective to reach wider audiences. For that reason, Said hopes that her initiative would inspire more efforts through bringing more visibility to the issue.

From promoting relevant actions taken by governmental institutions, policy makers, non-governmental organizations (NGOs), civil society, private sectors and other actors, to providing workshops on basic coping mechanisms for current or potential survivors, her initiative is focused on uniting singular efforts under a bigger umbrella for all women.

“I think we need to definitely upscale and unite, because change can only happen through coordination and a force of unity,” she says. “We live in a very cruel world, and we need to go back and listen to one other and get rid of that poison, and get back to human basics.”

Not Black and White: The Complex History of Racism in Egypt

Postponing One of the Most Important Days of One’s Life: From Summer Weddings to Question Marks

Aiming to Revive Travel Despite COVID-19 Woes, Egypt is Resuming Flights on July 1 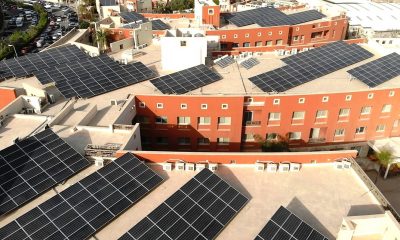