Why It’s Time For Egypt to Embrace Community Tourism

An example of the never-ending circle of unsustainable tourism that Egypt has been witnessing for years, which damages the environment and puts marginalized communities at risk of losing their local culture.

According to Essam Abdel-Salam Goudav in ‘Problems that Impede Sustainable Tourism Development in Egypt,’ tourism development has led to damages to marine environment and lack of integration between natural and built areas. Gareth Shaw and Allan Williams also note in ‘Critical Issues in Tourism: A Geographical Perspective’ that tourism development, though it helps in generating economic growth, it also leads to the social and physical reconstruction of localities to serve tourists and the private sector.

Tourism has become a ‘national brand’ for the state, which often falls under Westernized frameworks and histories of the nation-state that positions the tourist as a buyer of a national product such ‘France’ or ‘Italy’. Yet this model is counteractive and unsustainable for many countries with rich and diverse cultures, as well as several local communities that hold their own histories and identities to take pride in.

It ignores the role of agency and treats culture as a ‘product’ rather than a “set of distinctive spiritual, material, intellectual and emotional features of a society or social group…and that it encompasses ways of living, value systems, traditions and beliefs,” according to UNESCO’s definition.

According to several writers and scholars, the COVID-19 pandemic is providing an opportunity to re-discover sustainable ways of tourism. While the path yet looks unclear, it is important to harness this time to encourage empowerment of local communities and more sustainable ways of travel.

What is Community Tourism?

Community based tourism is tourism in which marginalized and rural local communities are the owners or managers of all touristic projects, with an aim to not just directly benefit the community economically, but also to conserve their culture and heritage.

It also allows the tourist to serve the community and discover and respect local habitats, traditional cultures and religions.

“It is part of the dialogue with communities at a grassroots level. So from beginning to end and everywhere in between, communities are at the heart of everything that community tourism is,” Ben Hoffler, founder of Sinai Trail and Red Sea Mountain Trail, tells Egyptian Streets, “it’s conceptualized by them, grown by them, managed by them, and owned by them.”

In contrast to hotel and historical tourism, which is often disconnected from where local residents live and forces them to work in hotels that are very far away from their governorates, community tourism is more about the local people and their land. “It is about people who know everything about their area very well, receiving guests and showing them that place in a very authentic and deep way as much as they can,” Hoffler notes.

Posted by Ministry of Tourism and Antiquities – Arab Republic of Egypt on Monday, August 12, 2019

In 2018, Egypt’s former Minister of Tourism Rania Al Mashat launched the new slogan ‘People to People’, which is the first initiative in Egypt with a new vision that focused on reawakening the power of human-to-human connection and supporting local communities, such as particular communities in Siwa or Sinai.

Rather than saying ‘Visit Egypt’ as a whole, the campaign helped put the spotlight on discovering new cultures and conserving them, such as the new conservation and restoration project that targeted Siwa’s Shali Village to protect its ancient remains.

“There is always focus on big scale projects, like the pyramids, pharaonic temples, and big hotels. So Dr Rania Al Mashat was the first to support small community initiatives like Sinai Trail and the Red Sea mountain trail, and tried to put those alongside Egypt’s other big forms of tourism to give it a more complete image,” Hoffler adds.

Coming to life in 2015, the tourism project aimed to create a parallel narrative of Sinai that was in contrast to what was shown in the media, which mostly labeled it as a ‘danger zone’ for tourists.

“The Sinai that I saw in the media was very different to the Sinai that I knew the Sinai and lived. It felt unjust the way it was represented and this had a tremendous impact on the local people and their livelihoods, as tourism was a big part of the economy,” Hoffler says.

What is distinctive about it, however, is that it allowed the local Bedouin tribes to unite under one tourism project, helping them become deeply involved and owners of their own touristic activity instead of simply serving other tourists or the private sector.

To ensure that every tribe was equally involved, Hoffler began by bringing together the local leaders of three tribes and discussing with them possible trail routes, exploring the best route that would allow every tribe to participate and have equal share. Later, it extended to include all of the eight tribes in South Sinai. The tribes came together and sat for a meeting, which was the first time in over 100 years for the tribes to agree and work together.

“We went out together and explored the mountains, and tried to create a route through the Sinai from the Gulf back of to the top of Jebel Katrina, which is Egypt’s highest mountain. The routes would allow the tribes to tell their stories and show off the area’s beauty, history and culture and heritage as they possibly could.” He adds.

Most importantly, however, is that the voices of these local tribes and their own understanding of their identity was very much pushed forward. It provided room for local people to craft their own ‘branding’ as opposed to the state-imposed national branding of ‘Egypt’ as a whole.

Working independently without any initial support from decision-makers, the project was able to succeed due to the strong support it had and developed overtime at the grassroots level. Through the ‘Sinai Is Safe’ initiative, which involved bringing a large group of people from Cairo to hike together for two days along with journalists to cover it and people would provide their own views on the Sinai.

“We also created a platform for Bedouin leaders whose voices were often never heard in the commentaries about Sinai that were going out to the world. We gave them a platform to talk about Sinai using their own voice,” he said.

Sinai Trail is an example of how community tourism can help empower marginalized communities in their own environments, bringing back to life their cultures, uniting different tribes and creating intergenerational and cross-cultural exchange that can continue to exist beyond the touristic experience.

“It’s creating an economy that helps keep endangered knowledge relevant,” Hoffler says, “and creating a space where traditional knowledge can be passed between older and younger Bedouins. If the Bedouin drift away to become taxi drivers or work in the camps, that’s an economic opportunity, but it doesn’t help keep the traditional knowledge and skills and livelihoods of the Bedouin alive.”

For tourists, it also provides a more genuine and lively human experience, where they get to discover new worlds and at the same respect local habitats and connect with communities. “They enter a world where they connect much more deeply to nature. They learn how to listen to nature, how to see nature differently, and how to live with it more sustainably and respectfully,” he adds.

Looking Beyond the Pyramids 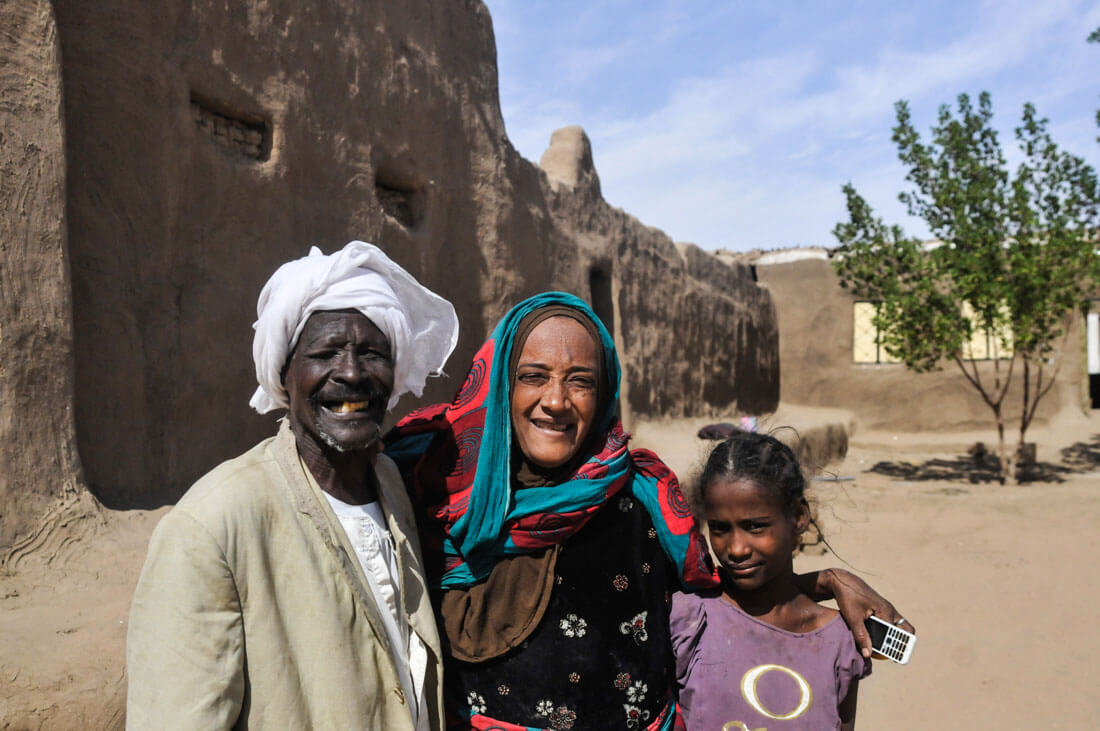 During the times of the COVID-19 pandemic and the efforts by the government to revive tourism, community projects are often the ones to get left behind due to limited resources. For that reason, it is significant to centralize sustainability and the protection of cultures and communities that provide a much more vibrant and inclusive image of Egypt.

The biggest challenge is getting decisionmakers to move the focus away from historical and beach tourism, which includes temples, museums, and holiday resorts. While they offer plenty of employment opportunities and make a huge contribution to Egypt’s economy, research points to new shifting narratives that focuses on authentic cultural exchanges.

According to the 2018 ABTA Travel Trends Report, seven out of 10 people said that travel companies should ensure their holidays help local people and economies. Clare Jenkinson, ABTA’s senior destinations and sustainability manager, stated that “the demand for authentic, local experiences is growing. The industry is responding to that by learning from CBT and developing new tourism products in partnership with local people.”

“One of the big challenges we’ve had is getting people to open their eyes to the potential of new kinds of tourism in Egypt to see beyond history and beaches,” Hoffler says, “It could really enhance Egypt’s image and open even more economies.”

Though community tourism projects like Sinai Trail received support from decisionmakers such as Dr. Rania Al Mashat, as well as the governor of South Sinai, yet more consistent support is needed to help these projects survive on a long-term basis.

“The Sinai trial is recognized to be one of the greatest tourism projects in the world by the British Guild of Travel Writers. The Red Sea Mountain Trail was also recognized as one of TIME’s world’s greatest places in 2019. Those aren’t small things and getting projects to that level isn’t done easily,” Hoffler says, “if doors were opened with certain things like permits for trails, then we could really take steps to the next level. We could grow and expand and increase trail traffic. And then if trail traffic increased, we could create more jobs and opportunities.”

“We can play a big role in rehabilitating a local grassroots economy that creates jobs and opportunities for the most remote, sometimes most vulnerable communities in Egypt,” he adds.

Looking ahead, the government’s tourism framework needs to integrate community tourism projects, and allow community members to bring forward their own policy recommendations in order to encourage sustainable tourism and empower them.

Instead of subverting local and traditional ways of life, and importing a foreign and romanticized idea of tourism that favors a singular ‘national’ brand, Egypt should embrace community tourism to solidify and harmonize local identities. This doesn’t just include the communities in Sinai, but also in Aswan and Upper Egypt.