The Shadow of Cairo: The Female Superhero Taking Egyptian Cinema by Storm 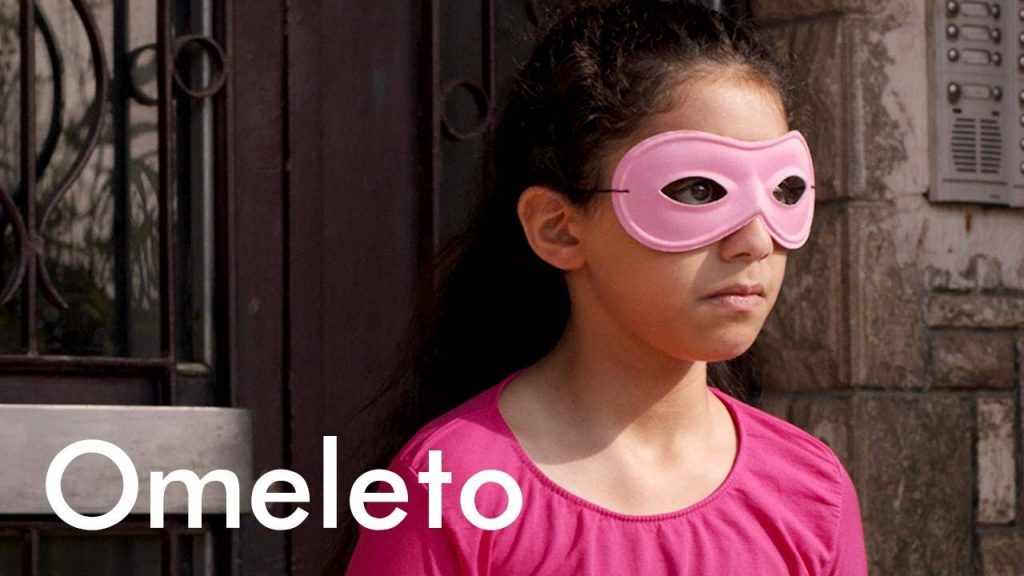 “Egypt killed my mom” are not exactly words one would expect to hear from a child, but this memorable opening line from The Shadow of Cairo (2020) probably rings true for many Egyptians irrespective of age. The occasional brutality of living in Egypt is indeed one of the great mysteries of life, but for little Maya, the protagonist of the film, it is not as complicated as all that.

Directed by up-and-coming Egyptian filmmaker Tara Shehata, The Shadow of Cairo follows the story of Maya (beautifully portrayed by Yasmina El Abd), a young girl who becomes a vigilante who hunts down sexual harassers in the streets of Cairo following the death of her mother, a tragedy she blames on Egypt’s many social ills.

“A friend once told me that he thinks Egypt killed his mom. I was very surprised when I heard that statement coming from him, it just felt very odd to me to kind of blame a whole country for the death of a parent. But then the more [he] talked about it, the more [I understood] why he would think that. So that was the sentence that really initiated the whole film, and I started to think, ‘what if I had that belief as a kid, if my mom had died at that time?’” Shehata explains. 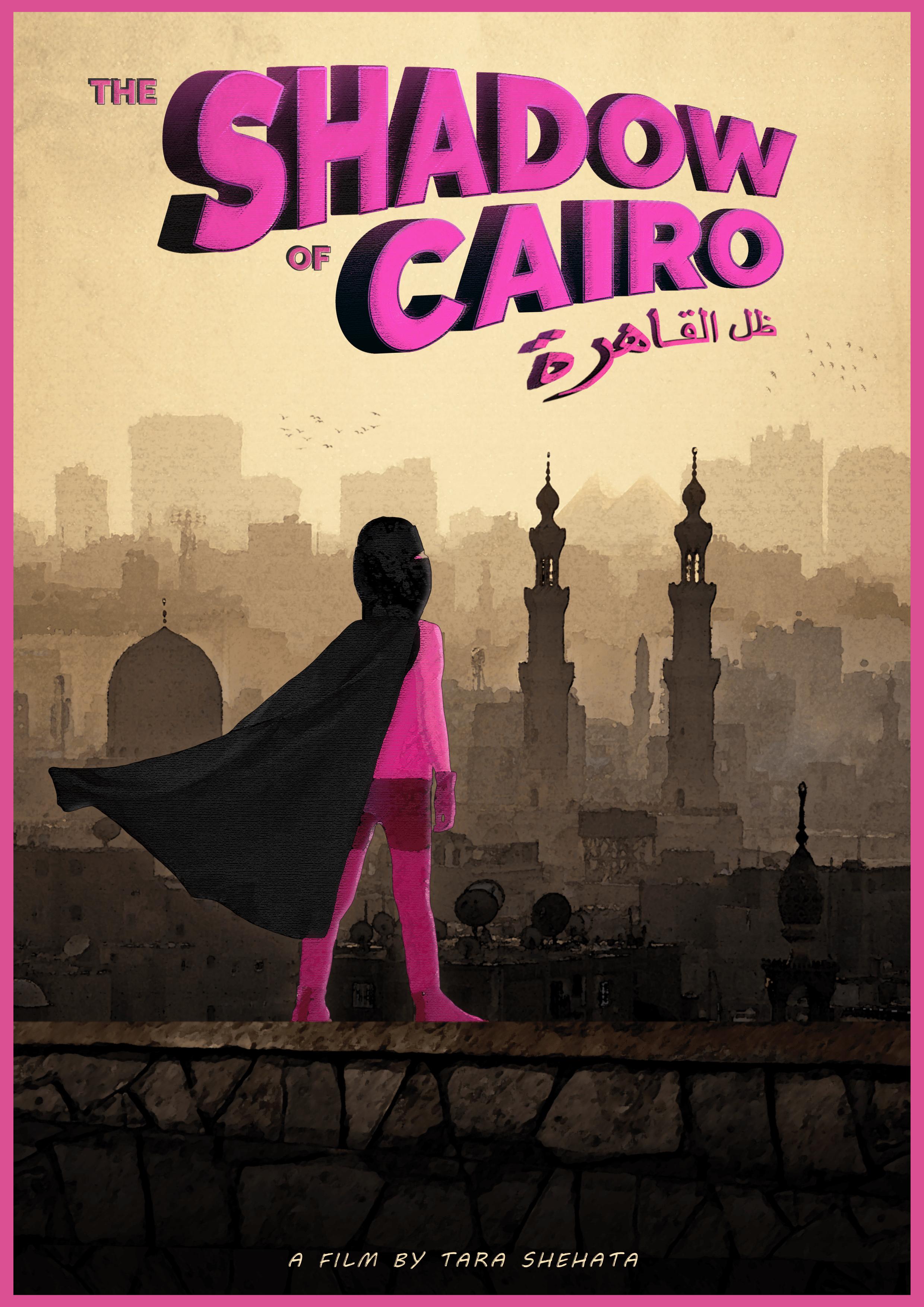 The film ambitiously attempts to make sense of Egypt’s warped gender dynamics and sexual harassment epidemic from the perspective of a bereaved girl dealing with the trauma of losing her mother and the result is nothing short of wondrous. In more ways than one, it mirrors the struggle and experiences of so many women and girls in Egypt, none more so than the director herself.

“I did put a lot of myself in the film—I never went into the streets and fought harassers, but it is based on where I come from, my family, and growing up in Egypt, so it is definitely inspired by that,” she says. “I grew up watching a lot of western TV, a lot of American shows, a lot of Powerpuff Girls, superhero films and comic books … So I was always feeling like there is the question of fantasy vs. reality.”

It is in that fantasy that Maya seeks answers for the injustice of losing a loved one, a hallmark of the human experience. But even universal human suffering is underpinned by gender-based issues in sexist societies like Egypt’s. This coupled with the film’s timing makes The Shadow of Cairo a seminal work that provides a cinematic answer to Egyptian women’s cries for justice which have been growing louder over the past months due to high profile sexual assault cases and systemic sexism.

“I don’t think I was ever thinking, ‘oh, I am going to make this film for female empowerment.’ I was just thinking [of making] a film about a young girl’s story. I wasn’t thinking, ‘ah this is for the fight [against] sexism!’ It just happened to be this way, because of the reality of our situation in Egypt or in the world in general,” she explains.

Soon after the film’s release, that reality reared its ugly head into Maya’s fantasy. Despite featuring in Academy Award-qualifying festivals and being considered for the New York International Children’s Film Festival’s Best Short Film award, The Shadow of Cairo was met with less than enthusiastic reception by audiences in Egypt.

“Egyptians received the film much differently than the people I have shown the film to internationally. I feel like it was much more welcomed and accepted abroad than it was here …When I started showing it to Egyptian audiences, and by that I mean friends of friends, I got mixed reactions. One guy was like, ‘what do you mean? Do you want girls to go and beat up men in the streets?’” Shehata recounts.

This lukewarm reception could explain the persistent challenges that face women in the film industry, especially female filmmakers like Shehata, who struggled to secure funding for the project. Initially a thesis film, Shehata sought to crowdfund the graduation project with little success, before finding executive producers who were willing to finance the short film.

This lack of access to funding opportunities could reflect society’s attitude towards women, which makes female-led stories and narratives few and far between. Like her onscreen heroine, however, Shehata defied the odds, the social norms, and mainstream industry standards which deem bold storytelling by women and feminist themes unprofitable.

“I think in every industry, you are probably going to [face sexism as a woman], I don’t think we can escape it, really, so we just have to face it [head-on],” she says. “[Women] definitely don’t have the same access to the same opportunities, I don’t think people trust you as much as they trust a white man, for instance—I remember being in a conference when I was in film school, and the guy who was doing the panel started showing pictures of filmmakers and they were all white men, I was suddenly [overcome by] this realization, like, ‘oh sh*t, I have no representation on this screen!’”

This realization doesn’t seem to be stopping Shehata, however. With plans to develop a feature film based on The Shadow of Cairo, the young filmmaker is taking the story to ever wider audiences. And despite her aversion to the limitations that come with the ‘feminist filmmaker’ label, Shehata is very much committed to empowering Egyptian women and girls through film.

“I think if I had watched something like [The Shadow of Cairo] when I was young, I would have felt less alone and much more inspired,” she muses. “If any little girl [from Egypt] watches this and feels inspired in anyway, then I have won. I have succeeded, that is it.”

You can watch The Shadow of Cairo on YouTube by clicking here.