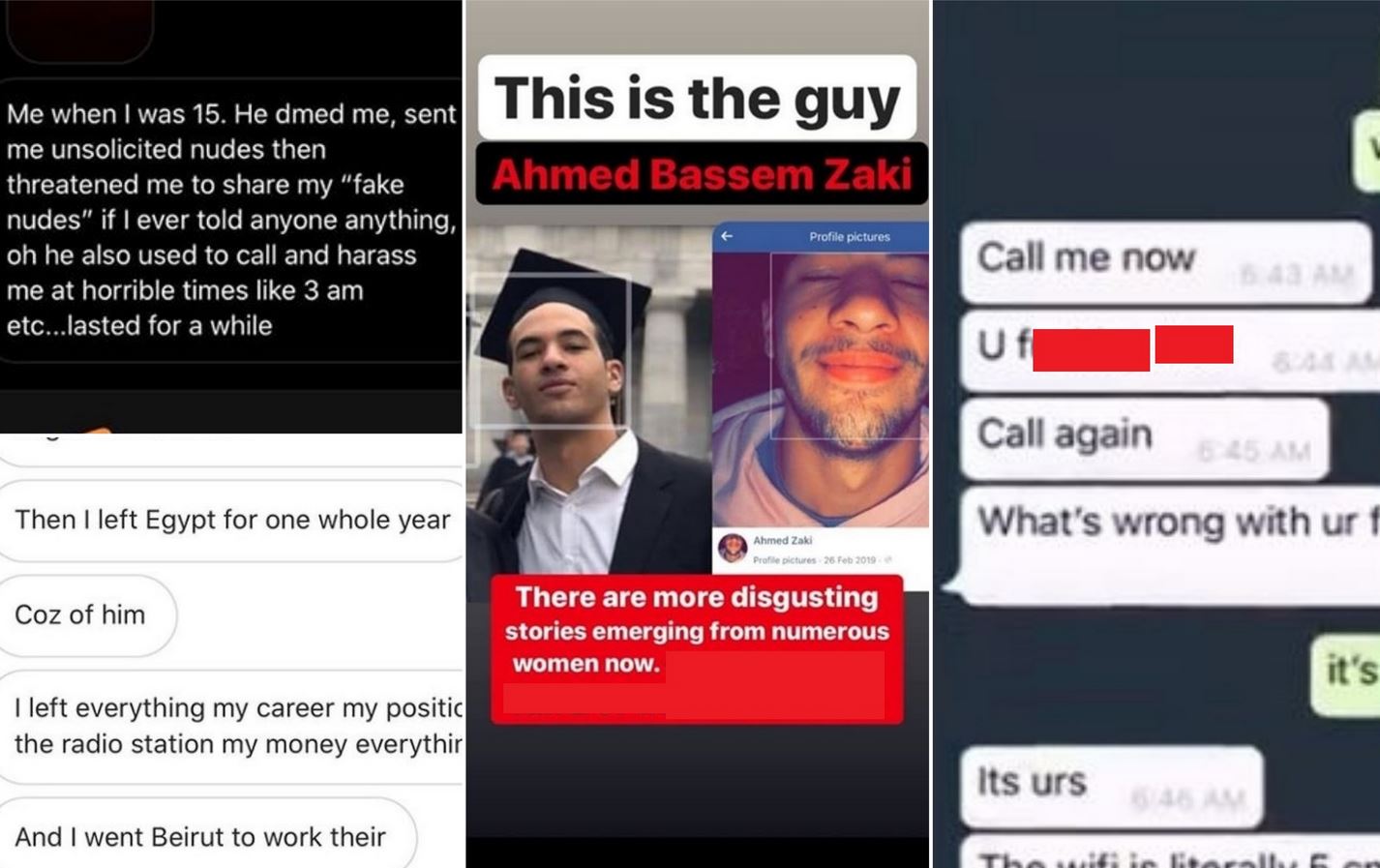 Ahmed Bassam Zaki, a 21-year-old student who was accused of sexual crimes by over 50 women in 2020, has been sentenced to eight years in prison for sexually assaulting and blackmailing three underage girls.

The sentencing took place in a court in the Fifth Settlement, Cairo on Sunday 11 April. Zaki was also accused of threatening to release compromising material of the victims in order to blackmail them into sexual acts, and harassing multiple other women.

Accusations against Zaki first surfaced in July 2019 with the circulation of testimonies from over 50 women and girls claiming that the defendant has sexually abused them. The overwhelming testimonies, which were all published by Instagram initiative Assault Police, included detailed accounts of rape, statutory rape, child molestation, sexual and physical violence, blackmail and extortion, as well as sexual harassment and assault.