Mental illness can be isolating. As society always amplifies the significance of being resilient and strong, the moments when we are most vulnerable are often the loneliest.

It is when you can’t get out of bed; you can’t function or go on with the rest of your day or tasks. You aren’t able to explain to anyone the pain you are feeling, or why you are not maintaining your relationships and friendships. When it reaches the moment that everything and everyone in your life is starting to drift away due to your illness, you realize that it isn’t a ‘weakness’ to seek help, and that the only way to get out of the loneliness of struggling with mental illness is to seek understanding from people and professionals.

One of the main platforms working to de-stigmatize mental illness in the Arab world and create a safe and open space for conversation and knowledge sharing is ‘Al-Feel’.

Produced by Storytel MENA, the original series “Al-Feel” features real life stories submitted anonymously by Arabs battling mental illnesses to help narrow the gap between professional help and those in need of it, and connecting a team of psychiatrists and psychologists with those struggling with mental illness. The project is supported by the D-Jil fund, managed by the CFI, a subsidiary of the France Médias Monde group that is actively promoting the development of media in Africa and the Arab world.

Borrowing the Western term “elephant in the room”, which refers to an overwhelming problem that is taking up a lot of space and yet being ignored, ‘Al Feel’ (Elephant) in this case refers to mental health, which is a topic that is widely stigmatized in the Arab world.

According to a report by the World Health Organization, one in four people in the world will be affected by mental or neurological disorders at some point in their lives, yet stigma and discrimination leads to nearly two-thirds of people with a known mental disorder never seek help from a health professional.

This is why combating the loneliness and stigma of mental illness is one of the most powerful ways in supporting mental health, as it helps people feel more encouraged to seek help and understand that they are in fact not ‘alone’. In other words, it is also understanding that taking care of your mental health is not a luxury or a privilege, but is as important as physical health.

“To create original content, we started by identifying what it is that people need that isn’t found elsewhere, and we found that content on mental health is lacking in the Arab world, particularly content that is credible, informative as well as simple and engaging. You can find so many platforms that speak about self-development and lightly touch on mental health, but they don’t have credibility and do not collaborate with experts to provide targeted and specific support,” Sara Rifaat, Project Manager, tells Egyptian Streets.

Tackling and covering various issues such as bulimia, schizophrenia, claustrophobia, depression, anxiety, kleptomania, and postpartum depression, Al-Feel offers audio content through their social media channels across Youtube, Instagram and Facebook as well as all podcast platforms, and also recently launched the hashtag #احكي_عن_الفيل_في_غرفتك (talk about the elephant in your room) to encourage people to take a step forward and contribute to changing the narrative around mental health.

“We wanted to focus on creating content that relates to people but at the same time is also credible. For instance, if I am someone that struggles with anxiety, I would like to listen to other stories and learn more about the symptoms, and understand whether it is a personality disorder or not. Each episode includes a story of a real case and is followed by a team of psychologists and psychiatrists that reflect on this case, which aims to support people to understand the condition more deeply like what are the reasons behind it, how can we deal with it and how can we treat it. This is the first step for people to gather essential information and then feel encouraged to seek help,” Rifaat adds.

Audio content, which includes audiobooks and podcasting, is rapidly growing faster than the overall media and entertainment market. In 2020, Deloitte predicted that the global audiobook market will grow by 25 percent to US$3.5 billion, and that the global podcasting market will also increase by 30 percent to reach US$1.1 billion – marking 25 to 30 percent annual growth.

With this growing demand of audio, Al Feel’s audio content breaks the stereotypical idea of mental health content that is driven either mostly by psychiatrists/psychologist professionals or oversimplified self-development coaches, as it focuses on centralizing the story and experiences of those that struggle with mental illness. By centralizing the story and the experience, it no longer revolves around the personality of a popular psychologist or coach, but about the experience of mental illness and allowing other people to empathize and understand these experiences.

A 2020 Arab Youth Survey revealed that nearly two-in-five (38 per cent) of Arab youth say they know someone suffering from mental health issues such as anxiety or depression, up from 31 per cent in 2019. This does not only underline the necessity to strengthen access to quality mental healthcare, but it also proves that access to mental health should not be regarded as a luxury as it is more common than what the numbers show. On top of that, the survey adds that nearly half (48 per cent) of Arab youth say seeking medical care for mental health issues is viewed negatively by most people in their country.

In Egypt, raising awareness on the topic of mental health is starting to increase, as the topic was discussed in this year’s popular Ramadan series ‘Khali Balak Men Zizi’ through the character of Zizi, who was suffering from attention deficit hyperactivity disorder (ADHD). However, stigmatization of mental health remains deeply embedded into society due to the fact that it requires a serious and coordinated national effort that involves health agencies, the criminal justice system, employers, schools, and the media. The latest national effort to introduce a national policy related to mental health was in 2020, when Egypt’s House of Representatives approved amending some of the provisions under the country’s mental health care law No 71 of 2009 to form a National Council for Mental Health and protect people with mental illnesses from abuse.

Despite being a taboo topic, Rifaat notes that Al Feel experienced early success due to people’s engagement, and how much the content helped people to understand their own experiences and struggles – allowing them to realize that they are not experiencing this alone. “We helped create a safe space for talking about mental health and not feel judged, since many people reached out to share their own story and join our initiative. We want to change the narrative and help people understand that mental health is very serious, and that you should take the necessary procedures to take care of yourself,” she adds.

“It is also about improving society’s understanding and empathy of others, and people have reached out to us and told us that after listening to these stories, their perception on people began to change and they began to empathize more.” 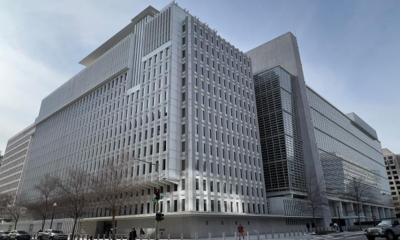