Beaming with pride and watching the Egyptian flag raised at the Olympics may be a common professional athlete’s dream in Egypt, one that is not always easy to strive to achieve. This dream is particularly more challenging for less-known sports in Egypt, such as winter sports.

Due to Egypt’s ruling warm climate, it might be hard to imagine a scene for winter sports, yet, there is a community of professional and Olympic-level athletes who are striving to place Egypt on the international map.

Khaled El-Shebokshy, 36, and Ahmed Alaa Fayed, 31, are professional winter sports athletes who have just registered at the International Ski Federation (FIS) in June 2021. Both athletes aspire to represent Egypt in the 2022 Winter Olympic Games, in the categories of skiing and snowboarding.

Fayed’s sport of choice is cross-country skiing; he simultaneously works as a Management and Public Policy professor at Nile University although he started skiing in 2016 while doing his Ph.D. in London.

El Shebokshy has been taking part in international competitions since 2019, specifically in orienteering, while working simultaneously in sports tourism; organizing sports trips. The ambitious sportsman won the bronze medal in cross-country skiing in the 2019 Winter World Master Game in Austria and ranked 10th in the World’s Triathlon Competition.

El-Shebokhsy and Fayed note that working on achieving their dream of being established winter sports athletes is not as romantic as it sounds: they face many challenges, but this only pushes them to work even harder.

One of the biggest challenges they face is securing a sponsor since the gear of skiing and finding a suitable training opportunity is both elusive and expensive.

In an interview with Egyptian Streets, Fayed highlighted that it is also challenging to capture the media’s attention, and thus the public’s attention when other more mainstream sports are more likely to stay in the spotlight.

“Media plays a crucial role in introducing people to unconventional sports in Egypt, and rallying support by highlighting how important it is for athletes to represent Egypt,” added Fayed.

However, the same can not be said to the one sport that has never faced the struggle of needing the media’s coverage in Egypt, which is football. 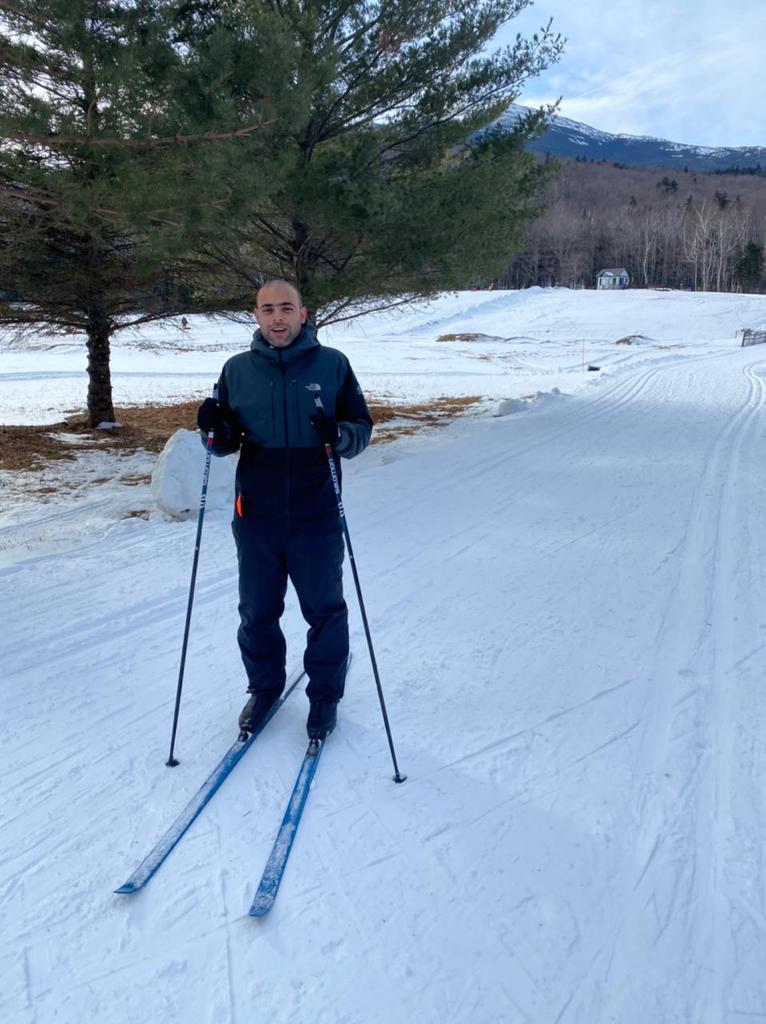 Change in Behaviours: Shifting Attention to Other Sports

It only takes one look at Egypt’s crowded stadiums, always brimming with Zamalek and Ahly fans, and flag-sellers in the streets while the Premier Leagues is taking place, for the average visitor to understand that football reserves a special place in the hearts of millions.

Egyptian culture has mostly entertained football as a sport, with children playing the communal sports in the streets, and dedicated fans supporting their favorite footballers’ moves from team to team.

However, recent years have seen an increase of support for Egyptian athletes who excel at other sports such as handball, swimming, squash, and martial arts. This was particularly evident in the popular support that Egyptian Olympians in different sports have received at the Tokyo 2020 Olympics.

Egyptian athletes such as Feryal Ashraf in karate, Farida Othman in swimming, Nour El-Sherbini in squash, Islam El-Shehaby in Judo, have been prime examples of being the reason why these sports have been gaining support lately.

Similarly, when Egypt’s handball team performed exceptionally during the World Championship in 2020, all eyes were turned to handball and Egyptians became more supportive with every match the national team played.

This has resulted in a gradual but steady increase in media coverage of the other sports and diverging the spotlight away from football.

Winter sports, on the other hand, have garnered little to no attention in Egypt so far. However, it is showing potential for being the next new sport to be cheered on after a disappearance of almost 40 years, given the achievements both Fayed and El-Shebokshy have accomplished in international competitions.

Steps Forward towards Reaching the Dream

Nancy Abdelhadi, Fayed and El-Shebokshy’s public relations manager, explained that despite not being visible enough to Egyptian culture, the team has been receiving increasing support from the Egyptian National Olympic Committee (ENOC) as of late.

“We were so excited after our first meeting with ENOC Secretary-General Eng. Sharif El Erian. He listened to us patiently as we gave a short presentation about our common dream of sending Egyptian Athletes to compete in professional winter sports and seeing the Egyptian flag waved at the Winter Olympics,” said Albdelhadi “He said that this was also a priority for him and the Olympic Committee and offered his support and the support of the Committee.”

After receiving written support from ENOC, Fayed and Shebokshy were able to begin their careers by establishing themselves as professional athletes in FIS.

“I think Egypt has a real shot of showing its potential with the right amount of support from the Ministry of Sports in nurturing potential, upcoming athletes, and raising awareness of various types of winter sports,” said Fayed. “I also think if Egypt sets national policies that facilitate the road for winter sports athletes, it will be much easier to see Egyptian names in international competition.”

But apart from Egypt and Saudi Arabia, other Arab Countries have their share of partaking in winter sports despite their predominantly warm climate. Samer Tawk was Lebanon’s first-ever cross-country skier to have participated in the Winter Olympic Games at the age of 19. Samir Azzmani also represented Morocco in the 2010 Winter Olympics in Vancouver for cross-country skiing and returned without any medals.

As for Egypt, it only participated in the Winter Olympics once in 1984 at the Sarajevo Winter Olympics. That year, 49 nations and 1,272 athletes competed in 39 different sports events. Among them was one Egyptian athlete, Jamil El-Reedy, an Egyptian-American representing Egypt in three different disciplines in Alpine Skiing.

After El-Reedy returned without any medals, Egypt decided not to send any more athletes to participate in any of the 9 subsequent Winter Olympics events that have taken place ever since.

“The moment Egypt wins its first Winter Olympics Medal in the coming years, I will rest assured that all the obstacles we faced as Egypt’s first cohort of skiers were worthwhile,” enthused Fayed.

Subscribe to the Egyptian Streets’ weekly newsletter! Catch up on the latest news, arts & culture headlines, exclusive features, and more stories that matter delivered straight to your inbox by clicking here.

Nadine is a political science graduate and aspiring researcher. She is interested in politics, sociology, culture, graphic design, and is a strong believer of “knowledge is power and power is knowledge.” - Foucault