After concluding their tour in Jordan, Britain’s Prince Charles and his wife, Duchess of Cornwall Camilla, arrived in Egypt on Thursday as part of their four-day tour in the Middle East.

The couple were received by the Minister of Tourism and Antiquities, H.E. Dr. Khaled Anany, followed by a formal reception at the Presidential Palace (Al-Ittihadiyah Palace) to meet President Abdel Fattah al-Sisi and First Lady Entissar Amer.

The first day’s highlights include a visit to the pyramids to celebrate the bond between the two countries, as well as a visit to Al-Azhar Mosque to meet Cairo’s Grand Imam of al-Azhar and discuss with the religious leader on interfaith dialogue and religious tolerance. 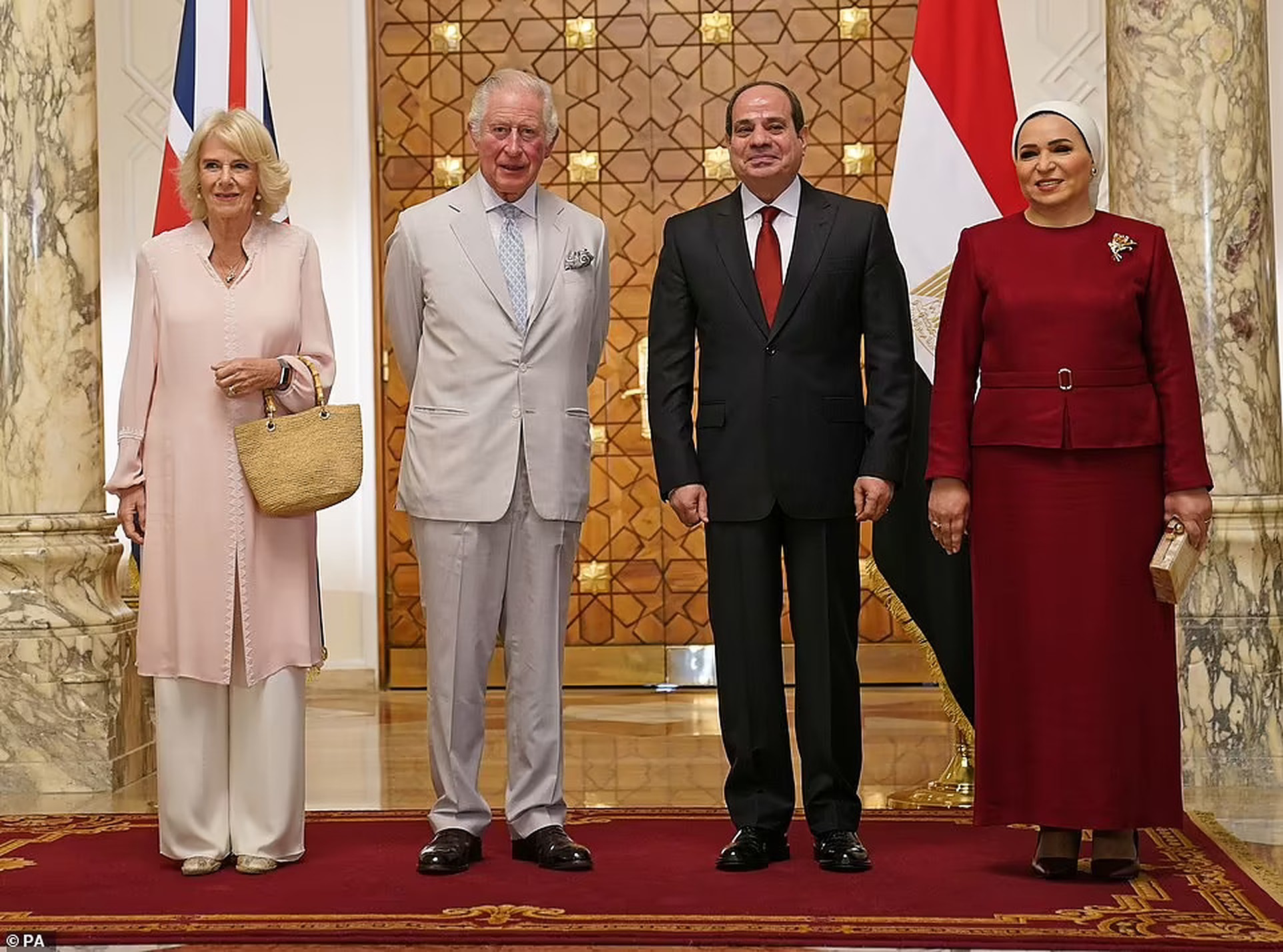 According to a statement by the British Embassy in Egypt, the couple’s two-day visit will also include a final tour of the ancient city of Alexandria, as well as a visit to see craftsmen, artisans, and conservationists to celebrate traditional crafts and UK’s support for the protection of cultural heritage.

Meanwhile, the Duchess will “focus on supporting women’s empowerment, through learning more about the stories of women leaders in Egypt and their efforts to promote conservation. She will also learn more about how female heads of households are coming up with innovative ways of supporting themselves and their families.”

The visit comes in light of the news of Egypt’s selection to host COP 27 (United Nations Climate Change Conference). Chris Fitzgerald, deputy private secretary to the prince, noted that, “in this decisive decade for climate action, the next 12 months is therefore expected to see significant co-operation between the UK and Egypt.”

Off The Streets, On The Runway: Europe's Double-Standard For Muslim Headscarves
Egyptian Sheikh Sentenced to Life Imprisonment for Raping a 10-Year-Old Girl

Egyptian Sheikh Sentenced to Life Imprisonment for Raping a 10-Year-Old Girl
Off The Streets, On The Runway: Europe’s Double-Standard For Muslim Headscarves