A signature blend of cotton, wool, and culture is embodied in the jalabiya—a gown-like kaftan that has been part and parcel of Egyptianism for the better part of several centuries. Wide sleeves, patterned or patternless, pulling at the ankles: the jalabiya is an iconic, if not inseparable vision of farmer tradition and modesty.

Native to Egypt, and later several countries along the Nile Valley, this loose-fitting, traditional gown is wide-cut at the collar, often featuring sewn-in pockets used to carry raw tobacco, money, and other such small tokens. During the summer, most jalabiya are white-worn or light-colored, their sleeves billowing by virtue of design.

Despite the staple elements, creativity and innovation have redirected the styling of regular jalabiya for both men and women. Depending on where and when, different elementals seem to manifest: belts and vests, turbans and veils, swift lines and plain whites. Egyptians have created different ways to express their subcultures and personal tastes through what is otherwise a simple garment.

Much like different districts speaking different dialects, Egyptian locales wear their jalabiya with confident, precedent uniqueness. Upper Egypt are perhaps the most iconic wearers of the garment: with colors ranging from beige to blue, Sai’di men style their jalabiya with narrow wool scarves in the winter, and closely wrapped ammama (head turban). On other occasions, they can be seen with a taqiyah – a Muslim skull-cap that comes patterned and colorful.

Coastal Red Sea villages, however, seek to separate themselves from the farmer identity by re-imagining their jalabiya; they often style it as, or switch it out for a dishdasha—a more close-fitting gown reminiscent of Gulf tradition. This includes Nubia, Beja tribesmen, and some parts of Sudan.

Though the southernmost parts of Egypt and Sudan as a whole share a different set of essentials for their jalabiya tradition. Inspired largely by Sudanese dress, this attire is a three-piece make-up: a jibba, a kaftan, and a sederi. The jibba is a patchwork garment most famously worn by Sufi mystics as spiritual dedication, while the kaftan is worn directly under it. The sederi, thought to originate from the Arabic word sedr (chest), is a vest that fits on top of the jibba; while it is not always worn, it is most definitely considered to be part of the styling.

Today, the jalabiya is part of many Arab communities, exporting itself by virtue of simple comfort and modest beauty. Women will hang sheer veils off their heads, and men will complement a nice, sheep-wool jalabiya with a hand-carved walking cane. It goes to show that, no matter how high or low one goes, Egyptians have an ever-softening heart for this simple pleasure.

The Story Behind the Coptic Cross Tattoo
'Allah? Wana Mali ya Lembi?' 12 Movie One-Liners Egyptians Use Every Day 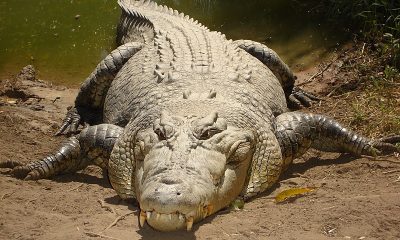 ‘Allah? Wana Mali ya Lembi?’ 12 Movie One-Liners Egyptians Use Every Day
The Story Behind the Coptic Cross Tattoo